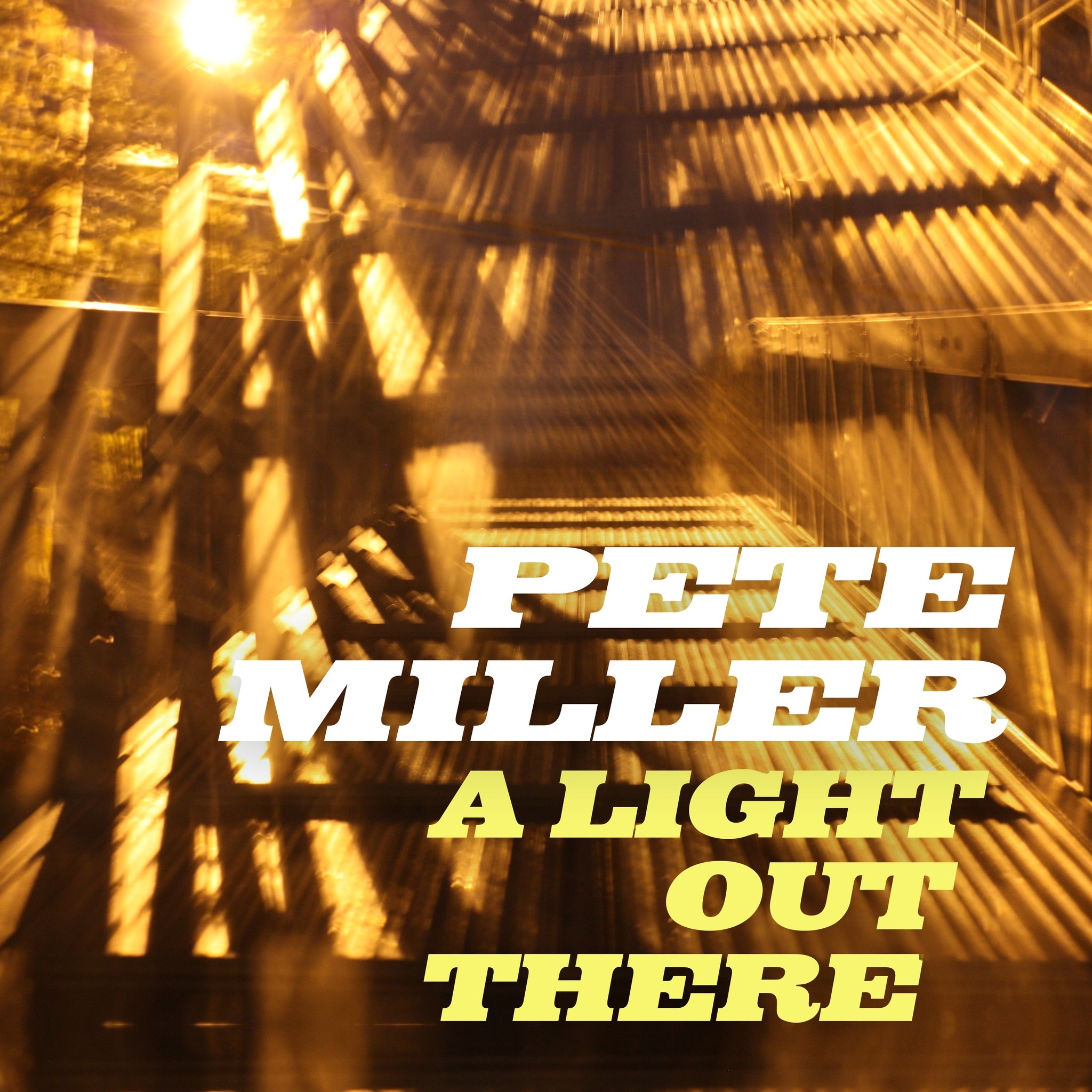 There are scores of singer/songwriters making headlines with provocative material at the moment, but of those who have come up on my radar this spring, few have intrigued me as much as Pete Miller does with his debut single “A Light out There.” Among the qualities that this single boasts are a black and white arrangement, soaring harmonies, and a textural expression that is often missing from some of the more intricately-crafted folk music out right now. To me, Miller seems like a successor to the singer/songwriters of the ‘60s, with a slightly edgier twist to his compositional technique.

“A Light out There” has a progressive song structure that takes us back in time to the roots of Americana, but it doesn’t present its foundation with a lot of pretentiousness, as some of the other retro songs I’ve listened to have. Miller doesn’t sound like someone who is particularly hung up on the past poetically or creatively, and while he has an appreciation for the fundamentals of folk songwriting, he’s staying away from some of the more indulgent themes that I’ve come to hold a lot of disdain for in this genre (and I’m far from the only critic of this opinion).

I like that Pete Miller isn’t afraid of his voice in “A Light out There,” but instead uses it as a launchpad for the most emotional statements he could make at the microphone – not exclusive to linguistics. His harmonies are doing a lot to tailor the narrative to the listener to such an extent that I think this is a truly multi-interpretive track. Whether trying to do so or not, this singer/songwriter is making multidimensionality a key theme of his debut, which is respectable on levels that I can only wish some of his rivals could reach on their own.

Drums, a bass, even a distant piano or fiddle accent would have made “A Light out There” sound a bit too cluttered, and this isn’t because of a boxy production style at all. On the contrary, I’m saying that Miller has such a larger-than-life lead vocal that additional instrumental componentry would have made this single sound too stacked for mainstream accessibility. As it is in this incarnation, his debut is something that could work on college radio and AM Americana stations the same, which are two of the key elements pushing the folk revival of the 2020s.

If this single is giving us but a preview of what Pete Miller is going to be turning out on a regular basis from the studio, “A Light out There” will not be his last release to garner a lot of attention from listeners and critics alike. He’s not quite as formulaic as many of his influences were, but Miller is undisputedly playing a methodical brand of folk music with vague allusions to the rock n’ roll aesthetic that reshaped its presence in American households some sixty years ago. Playing a genre this iconic the right way is difficult, but he makes it sound easy here.