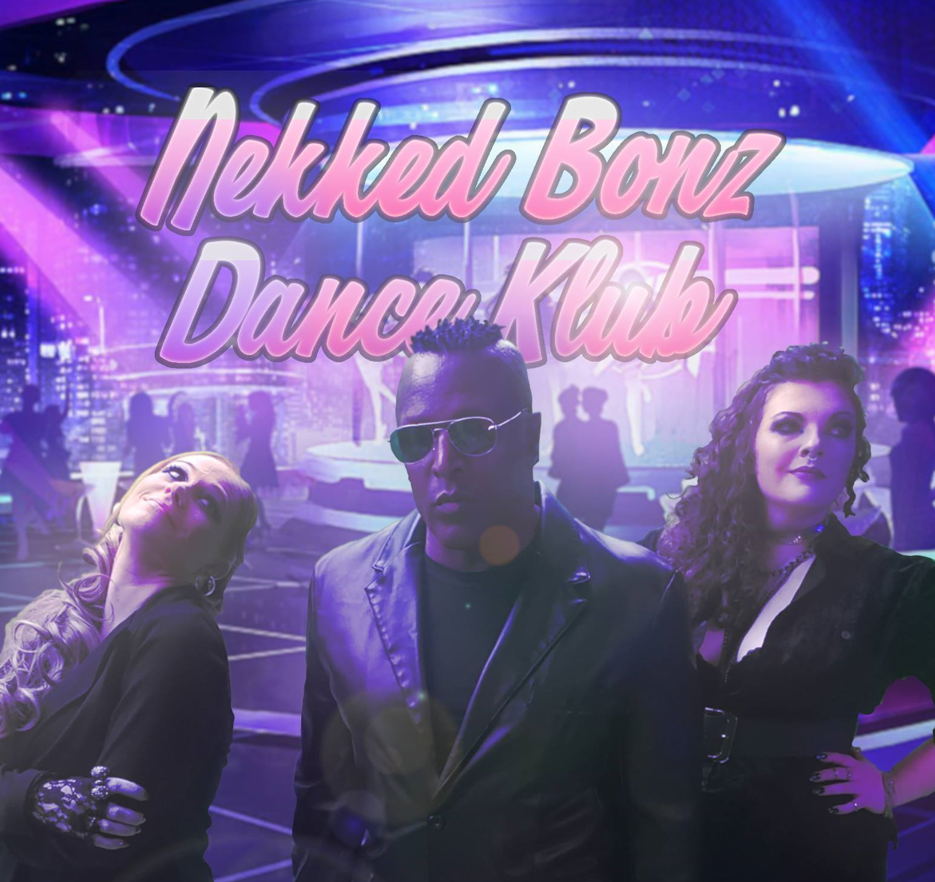 While it’s easy to frame the new single “Funk Show” from NEKKED BONZ DANCE KLUB as one a track that was created out of an appreciation for the old school in hip-hop and R&B, there’s a lot more to this release than its familiar cosmetic scheme – starting with the vibrant delivery of its signature vocal. Rather than trying to assert itself with something as retro in tone as the melodies are, this is a single that entices through its frank verses, all of which feel like they’ve been sourced from this era and not a bygone chapter in the history of pop music.

NEKKED BONZ DANCE KLUB has a good handle on the depth of this groove, and there’s nothing overambitious about the way the swing connects with these lyrics. I would go so far as to say a lot of these lines were probably composed to compliment the shape of the rhythm as opposed to the other way around, which is a lot less formulaic than it might sound on paper. There’s doing something by the book and then there’s experimenting with what you’ve already got, and this is an instance where I think the players in the studio were doing the latter over the former.

“Funk Show” is significantly clarified in terms of its aesthetical makeup as we get into the second part of the song, and I think this was intentional to give us as firm a climax as possible. NEKKED BONZ DANCE KLUB doesn’t want to press us too much before we hit the first chorus, and it’s evident that as we inch closer to the conclusion of the track, we’re to be completely synchronized with the level sway of the instruments as opposed to the diction of our singers alone. It’s full-bodied, and exactly what I look for in a fun pop release.

What gives the bottom-end in this single so much oomph isn’t an oversized bassline nor an emphasis on the relationship between the percussion and the melodic instrumentation in the mix; if anything, it’s a lack of pressure in the bass part to begin with. Such a feature is becoming all too commonplace on the mainstream side of the dial, but it doesn’t appear that NEKKED BONZ DANCE KLUB is too concerned with being the first in line behind a trend here – they’ve got too much life to share with these beats and their adjacent harmonies, the best of which coming at us with a panache I want to hear more of in pop music of all kinds.

NEKKED BONZ DANCE KLUB is under the radar for a lot of listeners, but the attitude they’re presenting in this latest release is one that is certain to get the attention of many this summer. Although there’s a lot about “Funk Show” that feels similar to styles we’ve already spent a lot of time with as a culture, there’s nothing jaded nor overused about the concept within its structure. NEKKED BONZ DANCE KLUB isn’t out for commercial praise as much as they are fan affections, which they’re going to get more than a few of with “Funk Show.”