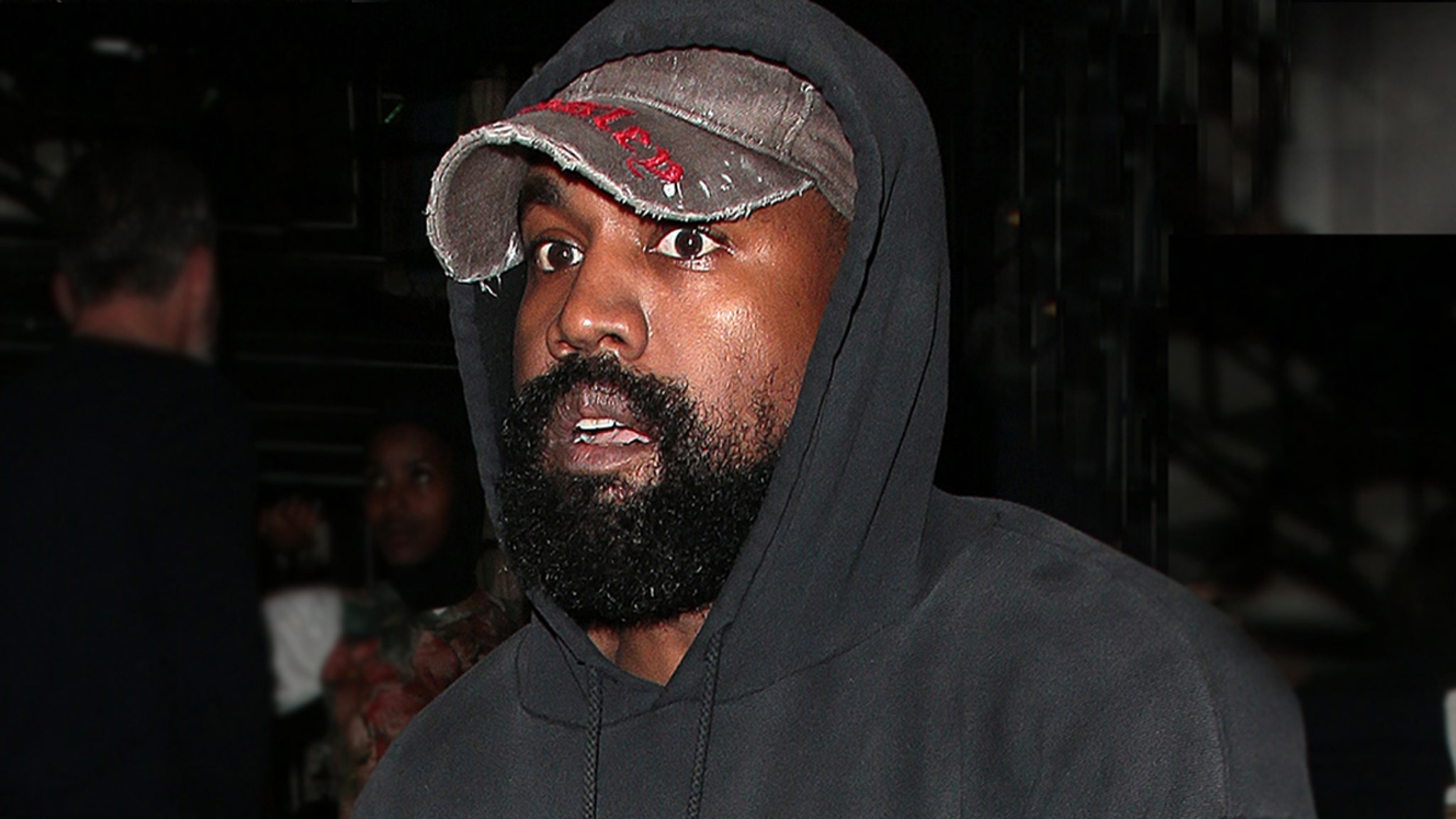 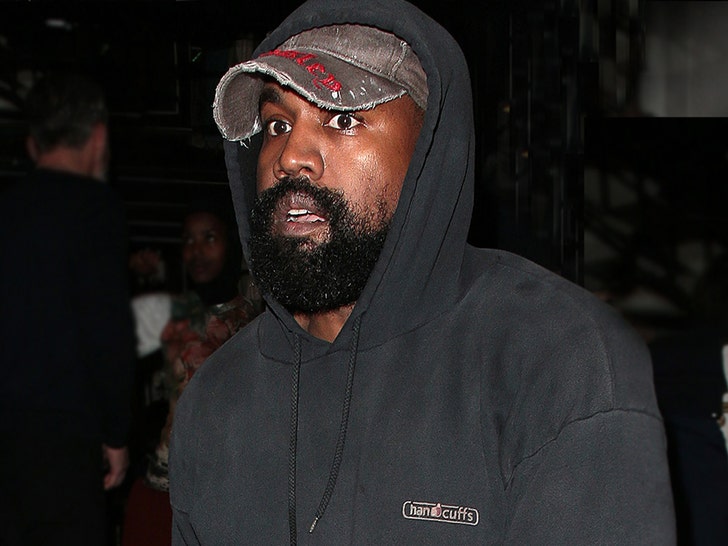 Kanye West is gonna need to find a new bank to house his multibillion Yeezy brand ’cause he got the boot from the bank that stored all his cash. 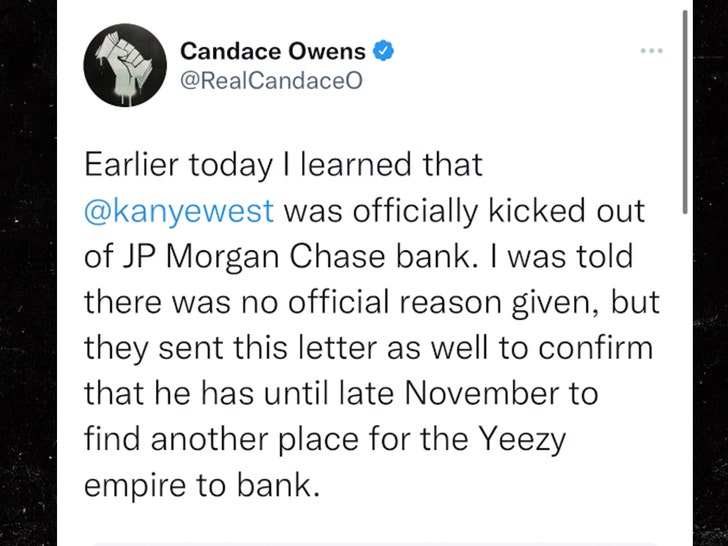 She wrote, “I was told there was no official reason given, but they sent this letter as well to confirm that he has until late November to find another place for the Yeezy empire to bank.” 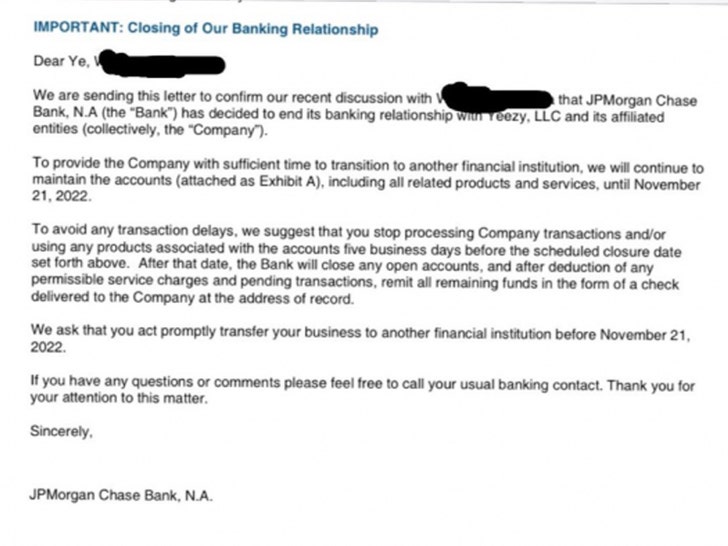 The letter itself suggests the decision was a done deal, and that Kanye would have until exactly November 21 to transfer his business to another bank.

Of course, this all comes as Kanye is in some pretty hot water. You’ll recall, he’s come under fire for recent anti-Semitic remarks … amongst other comments he’s said in interviews and on social media.

As you know, he’s also gotten a ton of backlash for the ‘White Lives Matter’ shirt he’s worn to both his Yeezy Show and his daughter’s basketball game. Despite that, Candace Owens seems to be one of the few people to jump on that train and defend Kanye.

So far, he hasn’t made a public comment on the news … but if history repeats itself that’ll likely be coming soon.