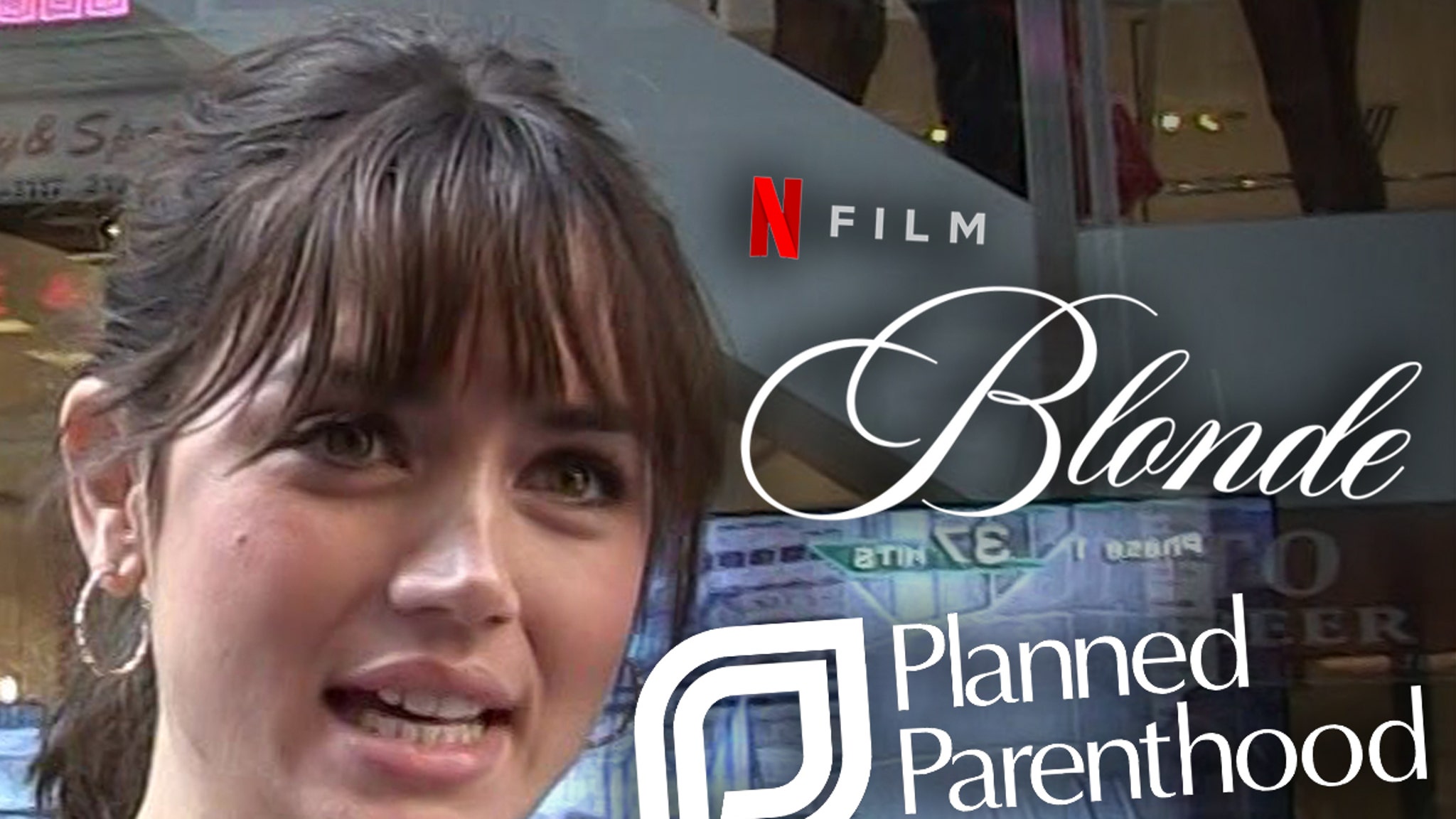 Ana de Armas‘ new movie about Marilyn Monroe is being blasted as a pro-life advertisement — with none other than Planned Parenthood coming out against some mommy-baby scenes.

She’s mostly talking about the director, Andrew Dominik, and his depiction of Marilyn’s fetus(es) — which look fully formed in the movie, and which actually talk at one point.

Spurch goes on to say … “Planned Parenthood respects artistic license and freedom. However, false images only serve to reinforce misinformation and perpetuate stigma around sexual and reproductive health care. Every pregnancy outcome — especially abortion — should be portrayed sensitively, authentically and accurately in the media.”

You have to hand it to Andrew Dominik, extremely bold to have a scene in “Blonde” where Marilyn’s baby talks to her about her previous abortion like this pic.twitter.com/tQuHtTfgPt

She finishes with this … “It is a shame that the creators of Blonde chose to contribute to anti-abortion propaganda and stigmatize people’s health care decisions instead.”

For those who haven’t seen it yet — Ana, playing Marilyn, is shown as being preggo three different times … and two of those end in nightmare-like, horrific forced abortions against her will and the third ends in a miscarriage. MM is shown as wanting to be a mother throughout the film, but forces outside her control strong-arm her into losing the babies.

Dominik, for his part, has defended his depictions of the baby stuff … saying the feelings surrounding this are only heightened because of Roe v Wade, adding … “no one would have given a s*** about that if I’d made the movie in 2008, and probably no one’s going to care about it in four years’ time. And the movie won’t have changed.”

The movie has garnered a lot of controversy for a variety of reasons. But on this particular issue … we should note, the whole thing is fiction — including how Marilyn’s pregnancies came to end, or how she may or may not have felt about any them. She is said to have miscarried in real life at least three times during her marriage to playwright Arthur Miller.

Take that for what it is, we suppose.

Exclusive Interviw with Avery Roberson
Exclusive Interview With Danny Hughes (DCPA)
“Just Like You” by Chris McCooey
Elektragaaz Releases “The Synaesthetic Picture Show: Part 6”
Change is Everything with Some Days Are Darker