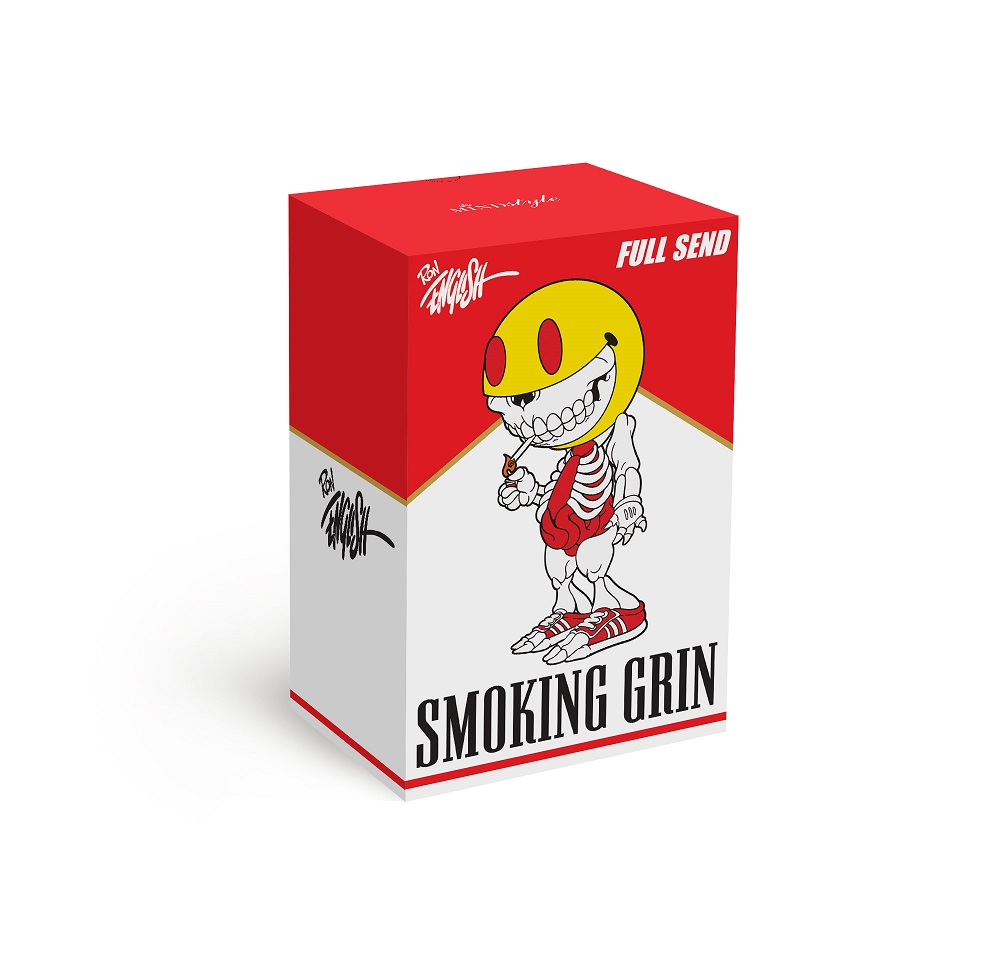 Damir A. Romano and Mark A. Wagner’s agency is called A-DOT Media, and as its decidedly artsy christening suggests – it’s all about supporting the unconventional artist in the modern, consumerist, cultural and entertainment-based markets. Romano and Wagner’s genius in my opinion is their finding ways to have decidedly left-turn, avant-garde artists and designers channel their uninhibited methodologies into unapologetically commercialized, yet innovative means.

Probably one of the best examples is their partnership with the NELK Boys, and within that framework their relationship with street artist Ron English. In terms of aforementioned aesthetically qualities and approach, English is probably Romano and Wagner’s biggest lightning in a bottle in this regard. Descriptively speaking, English is a dying breed – his art’s visual appearance and characterization feeling equal parts Hell’s Angels imagery, Japanese anime, and acid trip extraordinaire.

here’s something immediately frightening yet, dare I say it, inviting about a lot of English’s work – in all its varied, categorical echelons. Perhaps that’s a testament to English himself, as he seems to put a lot of his personal convictions into literal, illustrative display – mixed from original conception, reused parts, and pop culture analogies. “I think a person can look back on his life and see a thread leading from childhood obsessions to their eventual manifestation as an adult career,” English states in an interview with Street Art News. “Of course one can find other threads that seemingly lead nowhere; at one moment in my childhood I wanted to be a clown. As it turned out I am an artist, so that other thread would be dismissed from the narrative because it didn’t manifest itself as a career.

A better narrative is ‘I always knew what I wanted to do,’ which is probably never completely true. That being said, I have always loved making art. I also paint a lot of clowns, so no thread is lost from the weave.”

That kind of macabre playfulness is evident in all of English’s work, Fullsend for NELK Boys being just the tip of a very big iceberg. As someone who was born and bred artistically during one of the hottest art periods in New York City history (the seventies and the eighties, to be precise), English has much to draw from – whether it’s those aforementioned childhood stories, or the nurturing he received from working the streets during a definitive time period. “Nowadays I think street art represents a new, more democratic, more engaged relationship between artists and the public that is extremely exciting.

It’s like we’ve finally decided to quit listening to the disemboweled babble of the high priests and are engaging directly with the person sitting next to us in the pews,” English states to ACCLAIM Magazine. “You ask, how does an artist reconcile working against the system and at the same time make a living as an artist? Well, we all hate air pollution but refusing to breathe is not a productive response.”