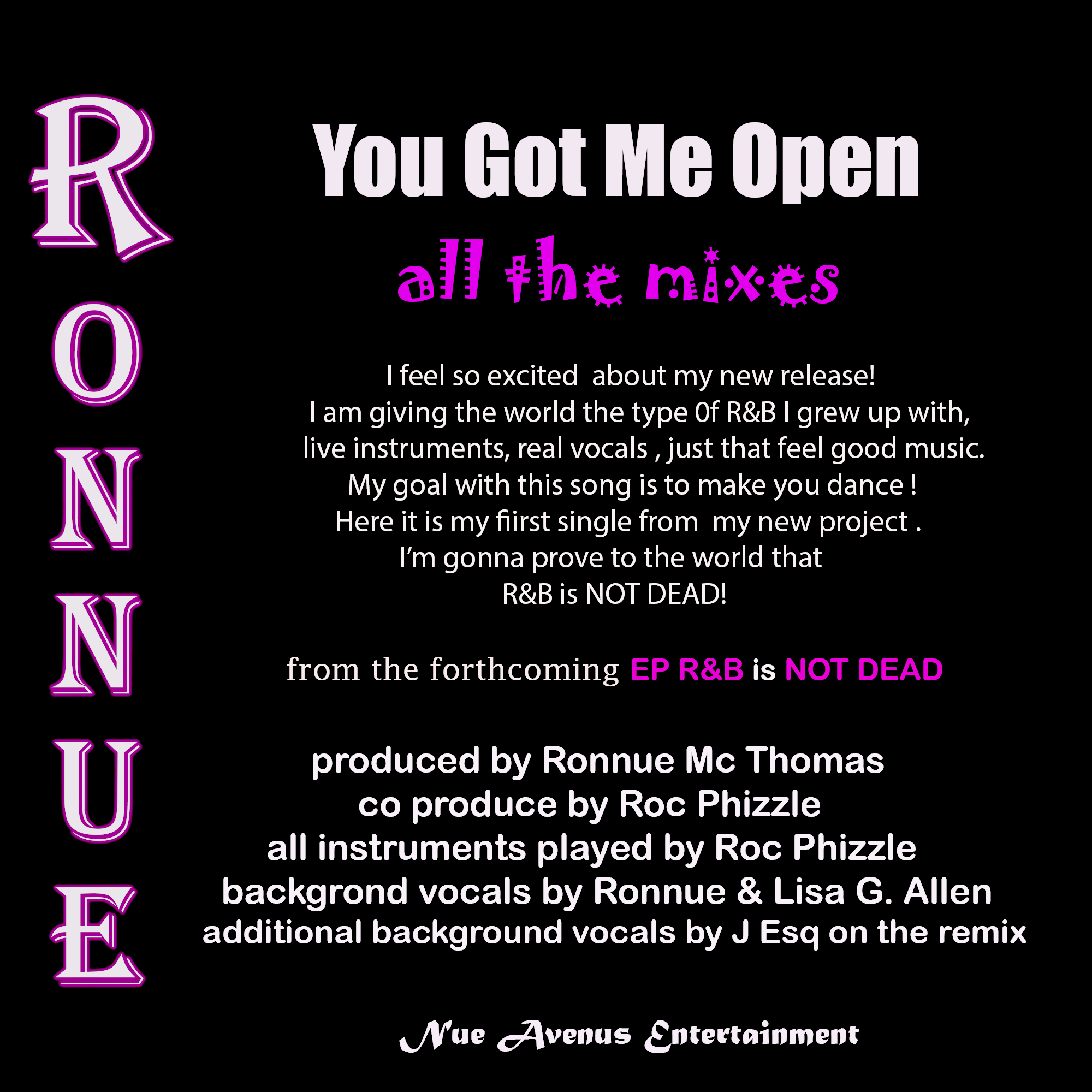 The Seattle music scene is feeling and sounding pretty stagnant as 2023 comes into focus, but this isn’t to say that the northwest is devoid of any real talent right now. Rock might be as good as dead in the emerald city, but with regard to the R&B movement, Ronnue is making it clear in his new release “You Got Me Open” that soulful melodies aren’t going anywhere – they’re here to stay. As soon as we get into the guts of this new track, as it appears in its standard album version, it’s undebatable that Ronnue has learned a lot from his past recordings and finally seems to have a hold of the rhythmic thunder he’s been flirting with for the better part of the last four years.

Six different mixes of “You Got Me Open” give us a lot of different ways we can interpret the sonic and creative angle that our leading man was approaching this material from, and while I appreciate collaborators Lisa G. Allen, D08, and J Esq, Ronnue just sounds too dominant in this performance to compete with. This isn’t to say that he made a mistake by bringing in features in any of these mixes, but instead to note just how much control he has in this performance. He’s got a personality that is way stronger than anything else in this arrangement could be, which makes it harder for anyone to step into the studio and try to grapple with the force he’s pushing out from one verse to the next.

This composition doesn’t feel as funky as it should, but with a slight tweak to the bassline I do think that “You Got Me Open” could work well in the club just as much if not more than it does coming through a pair of headphones. Ronnue’s biggest concern with this piece must have been emphasizing some balance in the arrangement, which is interesting considering how much potency his vocal ends up having in every version it’s featured (the instrumental “You Got Me Open” is actually the most emotionless of this bunch). It’s his pipes making the magic here, which is more than I can say for the output his contemporaries in crossover soul and pop-R&B have been offering us both in and outside of the Seattle scene in the last few years.

Although I would be lying if I said that I hadn’t hoped this would be a lot more experimental in depth than it actually is, I still like what I’m hearing from Ronnue in “You Got Me Open” and have a good feeling about what he’s doing with his career at the moment. He’s not accelerating up any mainstream charts, nor does he sound like he wants to – he’s having fun making music, which is the last thing that anyone should be criticizing in a negative way when you think about how Instagram-filtered everything in this modern generation has become. All in all, this is a track worth exploring if you like simple R&B.