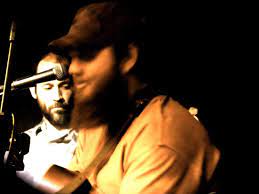 Making music that represents the essence of a people and their culture has been the mission of bluegrass, country, folk, Americana, and roots rock artists spanning one generation to the next for centuries, and although it’s a lofty task, to say the least, Ralph Nix & the Guilt Birds somehow do it seamlessly in their upcoming LP Good Ingredients, which is slated to be released this coming January 2023.

With his band the Guilt Birds at his side, Ralph Nix dispenses a legendary lyrical bite in “Falls” and “Call Me Baby” that has the potential to take your breath away on the spot. He pulls out the stops with the concepts behind “The Wish,” “Stella” and “Whiskey Drink’n Women” to give up some of the smokiest southern music I’ve heard in the last decade, and in the songs “Cohay” and “Retold,” he further highlights a hard-rocking energy that infects the album with gritty grandiosity even when presented in a slowed down, balladic, or simple acoustic format.

There’s a lot of muscle in this music, and one can’t help but daydream about how immensely absorbing each of these songs would be in concert. “Retold” cries out from a stoic silence on the whim of a southern beat that slowly evolves into an all-out rambler of a song, and when played live, I can see where the band could extend its harmonies into a medley with “Window Shopping” and “Mercy Me.” There’s a shapeless groove in “Cohay” that I would bet on as a real crowd-pleaser late into any setlist, and though the emotional adrenaline slows by the time we get into “The Wish” at the end of the record, the effervescence of the melodies never fades to black, even when the tempo sinks into a somber sway. There’s more swagger here than there is sorrow, but if we analyze Good Ingredients as a complete work of art instead of ten different tracks forming an LP, not one of them overpowers another in the big picture.

I wasn’t very familiar with Ralph Nix & the Guilt Birds before now, but after listening to Good Ingredients at the insistence of a colleague, I must concede that they indeed have a unique style of Americana that sits a cut above the rest of their peers from one side of the country to the next. Stylistically, there are going to be critics who take their array of influences to task, but I simply find them too amalgamated in this setting to find their overall sound anything other than charming and quite fetching given the lack of similar content on Soundcloud, Bandcamp, and college radio at the moment.

They don’t try to weigh down this album with a lot of unneeded polish, sonic showboating, or useless political jargon in their lyrics (something that I’ve grown more than tired of among other roots records I’ve listened to in 2022). Instead, they package Americana so that we’re able to experience it in the way that it was always intended to be enjoyed; rich with vitality, unblemished by pop plasticity, and fully loaded with homespun harmonies that aren’t produced from behind the soundboard. This is top-shelf tonality if I’ve ever heard it, and it belongs on your stereo this January.