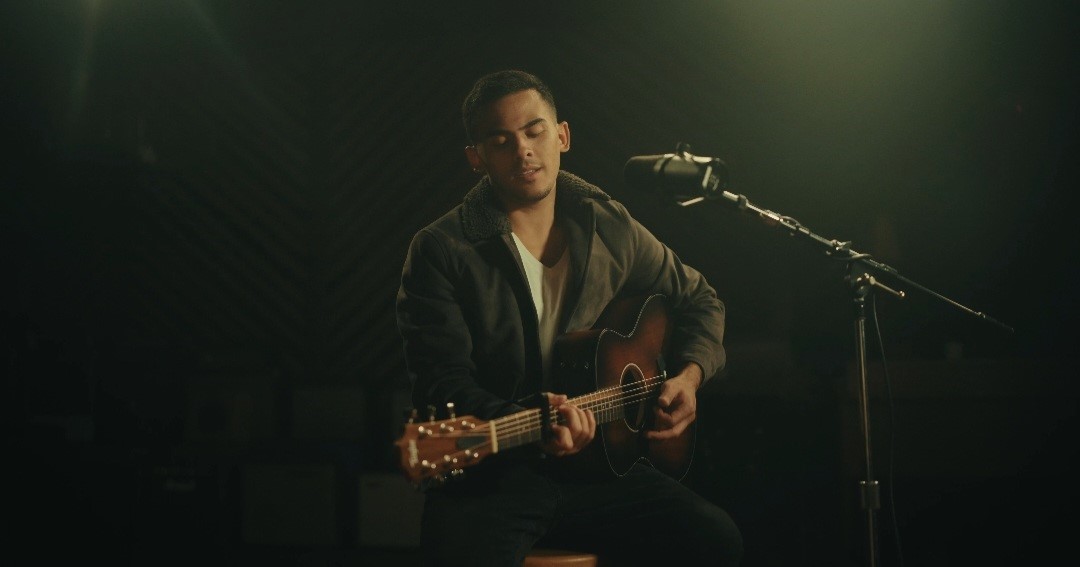 Trevor James is a multi-instrumentalist singer/songwriter from the Pocono Mountains of northeastern Pennsylvania.

Trevor’s love for music arose from his time playing in high school bands with friends (initially with the sole intent of trying to impress the ladies), though he soon found himself feeling a genuine passion for writing, recording, and performing music. Upon graduating, Trevor put music on the backburner to focus on college studies. However, in 2019, Trevor rediscovered his love for music after trying his hand at solo acoustic style music. Starting initially with cover videos, the success of Trevor’s talents saw him quickly amass an impressive social media following, which inspired him to have a go at writing his own material.

Trevor’s first EP “Breakthrough” was recorded entirely in his makeshift bedroom studio and was released in late-2020. One track from that EP (“Rendezvous”) then went on to feature on local radio station 97.9x Rocks, as well as popular Philly station Alt 104.5, where Trevor was also interviewed and performed live in Spring of 2021.

Trevor released his much anticipated single “Again” in June 2022, followed by “Comfort” in August – both of which he got the opportunity to perform on the Wish USA Bus in Hollywood, CA that same month. Look out for more to come from Trevor later this year!

Please describe to our audience how you came about on the music scene and what is the biggest difference between your first piece of music to your latest!

The short-ish version of the story of how I came about on the music scene is something like this: I grew up with musical instruments like drums & piano in my house, and so was fairly accustomed to music at a young age. But it wasn’t until middle school when I decided to pick up a guitar, initially (and shamelessly) with the sole focus of impressing girls. Along with some friends, I started a rock band, played some shows, developed a serious love of music beyond just impressing people, and, fast forwarding to 2019, decided to get back into it – this time as a solo artist playing primarily acoustic-style pop music.

The first songs I wrote were NOT good lol but I like to think that I’ve improved in my songwriting abilities with each passing year. The biggest difference between my first songs and my newest songs is in how I approach the key and style of the song; I understand my strengths and weaknesses as a vocalist better than I did in the past, and so nowadays I’ll often build the song around the vocals in a way that’s most suited for my voice.

What are you doing to push a positive message as the year comes to an end and there is a new beginning coming up with this new year?

I’m really just trying to end the year strong by staying true to myself (my goals, intentions, etc.) and focusing hard on my upcoming music project. Staying positive is so important in an artistic/creative field like music because it’s often so easy to become discouraged, but I’m grateful for so many things in my life so it’s not too difficult to remind myself as this year comes to a close.

Are there any rituals you have developed over the years that are helpful for any upcoming changes happening?

The I can’t deny that I definitely have some ritualistic tendencies when it comes to my routine lol so yes! Despite any external changes in the world or in my own personal life or situation, one thing I’ve tried to keep consistent with is my actual songwriting process: Start by using a phone voice recorder app to record a set of chords and strumming pattern on my acoustic guitar, and then play it back on repeat to figure out the kind of vocal melody I’d like to use for the verse, chorus, etc. And then finally write the lyrics for the song, tweaking and re-tweaking the actual words and theme of a song.

Could you talk about a success that happened this year that you would attribute to all your hard work?

Sure! One success that happened this year that I was very happy to achieve was my trip to Hollywood back in August to take part in an interview and perform my two most recent singles (“Again” and “Comfort”) on the Wish USA bus for their YouTube channel. It was a truly awesome experience and something I’m proud to have done.

Could you talk about an obstacle that you persevered through?

One obstacle I persevered through in 2022 was the creation of the music video for my song “Again”, released back in June this year. It felt like hurdle after hurdle – finding the right camera crew and video producer, finding the best actress for the video, as well as logistical things like location, managing unknowns during the actual shoot, etc. But overall I’m so happy with the way everything turned out, so looking back I wouldn’t trade those obstacles for the world as it made the final result that much more satisfying.

How do you think these experiences have helped you shape your career and approach your music?

I look at experiences like the one I mentioned above as true character-building experiences, because they really test your will (and often your patience lol). So it really helps to shape my approach by making me emotionally and mentally stronger, which I think is necessary in trying to make a career in an industry as tough and ruthless as the music industry.

How do you continue to develop your community of fans over the years?

This is a great question. I’ve dabbled in promoting my content with mostly positive success, but one critical area where I know I can improve BIG TIME is in the actual fan & community interaction aspect. I reply to fan DMs whenever possible, and do my best to cover songs requested by fans, but I can definitely spend more time going live (streaming), posting on social media more consistently, etc. So, thanks for this question because now that’s another goal for 2023

Thank you for sharing all your music with us! Can you give us any exclusive on more music coming up?

Sure! Without giving too much away, the tracks from my upcoming 5-song EP (targeted for release sometime in the first half of 2023) will definitely have a different style than most of my songs up to this point. There will still be acoustic undertones in some of the tracks, but with a much greater focus on contemporary pop elements in the sound.. really excited to see what fans and non-fans alike think!

Socials for everything happening NEXT!