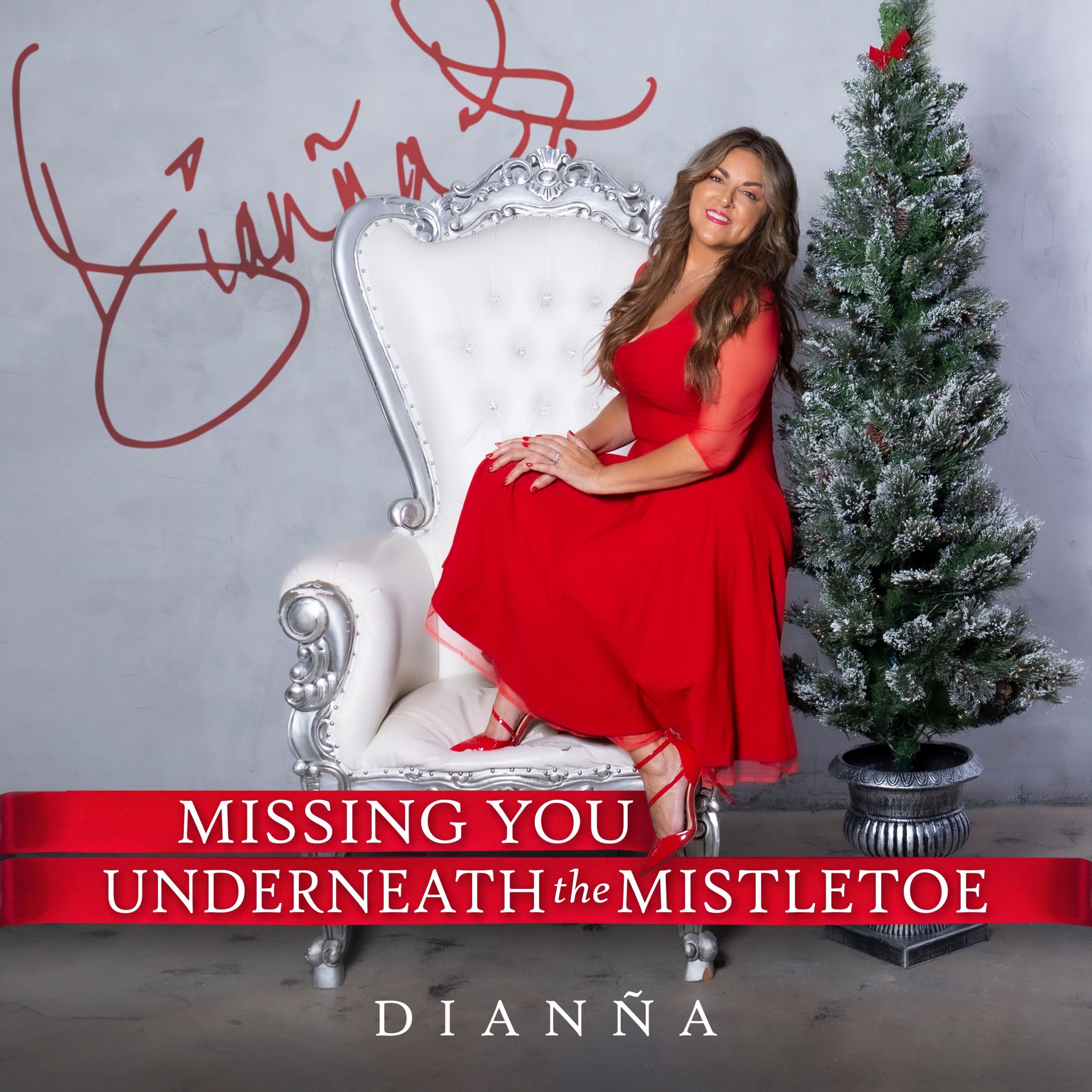 Emerging vocalist Dianña returns with a Christmas song that’s elegant, poised, and deeply musical. It likewise captures the holiday spirit with any of the hack cliches so many disparage in the music. It follows her recent single “Hands” and shows another side of this fantastic talent. Produced by Grammy nominated mixer/producer Mark Needham who has worked with such luminaries as Imagine Dragons, Dolly Parton, and Chris Isaak, among others. “Missing You Underneath the Mistletoe” glitters with the Yuletide as few other songs do.

The accompanying video for the track makes the grade as well. This visual spectacle on the theme of Christmas has Dianña at the center of the production. Director Fon Davis staged the video at Los Angeles’s Fonco Studios and the dazzling visual elements of the clip are clear from the outset. “Missing You Underneath the Mistletoe” makes excellent use of the customary Christmas imagery with rich color and it helps further distinguish the clip.

The song excels with its instrumentation as well. It is cut from the traditional cloth of such fare, there will be few surprises about the instruments involved, but the crowning achievement of the piece is Dianña’s voice. Her confident and superior phrasing lulls listeners into a musical world that does not take a single wrong turn. She peaks the song at the right moments with an artistic hand.

The song’s construction gives her ample material to work with. Each of its smooth transitions promises to carry listeners to the next level. They deliver each time. The running time also doesn’t tax listeners’ patience with misguided indulgence or meaningless side trips. Focus is here from the outset and helps solidify the listener’s love for the track.

Needham’s work behind the board is another critical part pf the song’s success. He could take this tune in an overwrought direction as so many others do with material of this type. Needham, instead,  plays up the stylishness of the arrangement and, obviously, spotlights the vocal. This sort of astute approach is a product of his years working with aforementioned artists.

He heard something special with this one. Needham shepherds Dianña’s talents as a collaborator instead of a leader and the resulting single rates among the best Christmas songs you’ll hear. It likewise has a traditional vibe, never risqué, and it makes it a more than suitable listening experience for Christmas lovers of all ages.

It is more than that, however. This is a 365 days a year song that touches on the eternal verities of love and life. It does so in a way that has across the board appeal rather than sounding like a craven attempt to fleece dollars from holiday shoppers. Let’s give a big thanks for this one, as well, because it proves that Dianña possesses talents far beyond the pop realm alone. Instead, she’s a transformative interpreter capable of making any composition come to life. There will be far more moments like this in the future and we should eagerly anticipate each one.