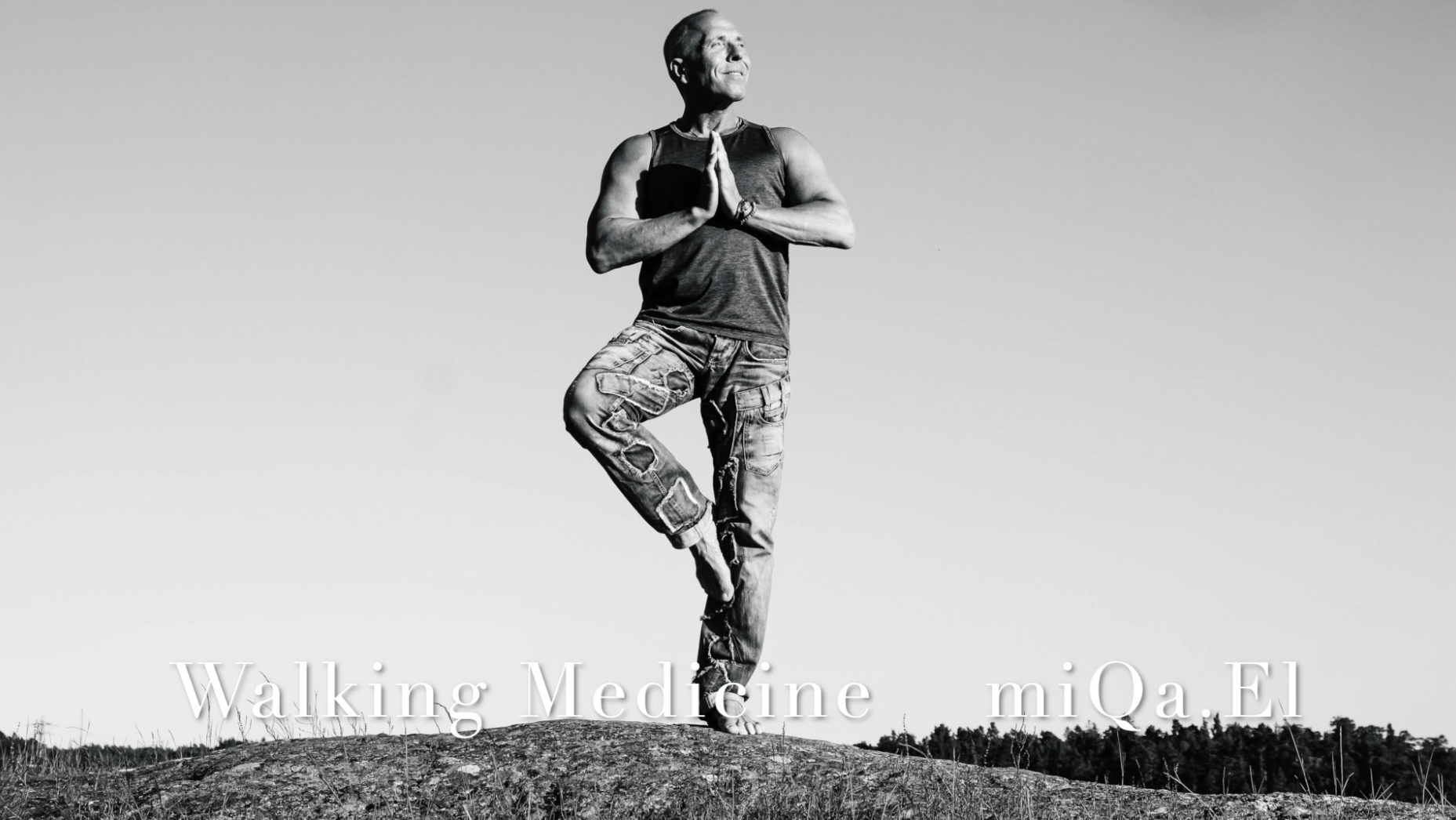 The critically lauded and increasingly popular Swedish country singer/songwriter miQa.el’s new single “Walking Medicine” isn’t just something new. It’s a gauntlet the artist once known as Hicks throws down for his audience announcing that a different chapter has opened in his personal and artistic life. This single pushes the style to its limits while still fiercely holding onto its identity as a country song. Labels, ultimately, do not matter, however. Call “Walking Medicine” whatever you like, but it is indisputably a five-star example of modern country songwriting at its zenith.

His voice is in the center of it all. miQa.el’s world-weary vocal tone will win over newcomers a line or two into the song while existing fans will note how he’s elevating his presentation. The singing he provides “Walking Medicine” is arguably his best vocal performance yet. He has great material to work from. The lyrics for “Walking Medicine” are thoughtful, startling, and never far removed from outright poetry. Putting them with this first-class accompaniment gives them added luster.

miQa.el’s acoustic guitar provides “Walking Medicine” with a lot of its shape. The recording does an excellent job of capturing the acoustic sound and juxtaposing it against his voice and the sparse secondary instrumentation. Light percussion is present throughout the song and accents the track well, especially during its refrain.

The song soars at this point. Much of its first half is setting the stage for this moment and the light echo placed on the supporting vocals is a shrewd move. It beefs up the backing singers without ever overshadowing the lead vocal. He does an exceptional job of bringing the song’s lyrics to life. They are poetic without ever sounding ham-fisted and overwrought and the naturalness of how they unfold for listeners belies the undoubtedly challenging work that he put into tailoring them in such a way.

“Walking Medicine” doesn’t run on too long either. His instincts as a craftsman extend to self-editing as well and he never puts a foot wrong during the performance. The opening, main body of the song, and its inevitable conclusion are shaped in the right way and the utter absence of any extraneous material from the piece bodes well for his future releases as well.

It is a new beginning for this songwriter. miQa.el tackles “Walking Medicine” with a sense of exhilaration and inspiration we don’t often hear in modern music, much less country, but it doesn’t matter what we call it, in the end. It is simply a fine song and an expression of the human heart that few, if any listeners, will fail to relate to. miQa.el’s new chapter will garner him scores of new fans and deeper respect than he already enjoys. “Walking Medicine” will remain a pivotal moment in his recording career, but it also shows that there are many more pivotal moments to come. We should be there, listening, to enjoy each one of those pinnacles as they come. It is one of 2022’s best singles, even if it is arriving late in the year.