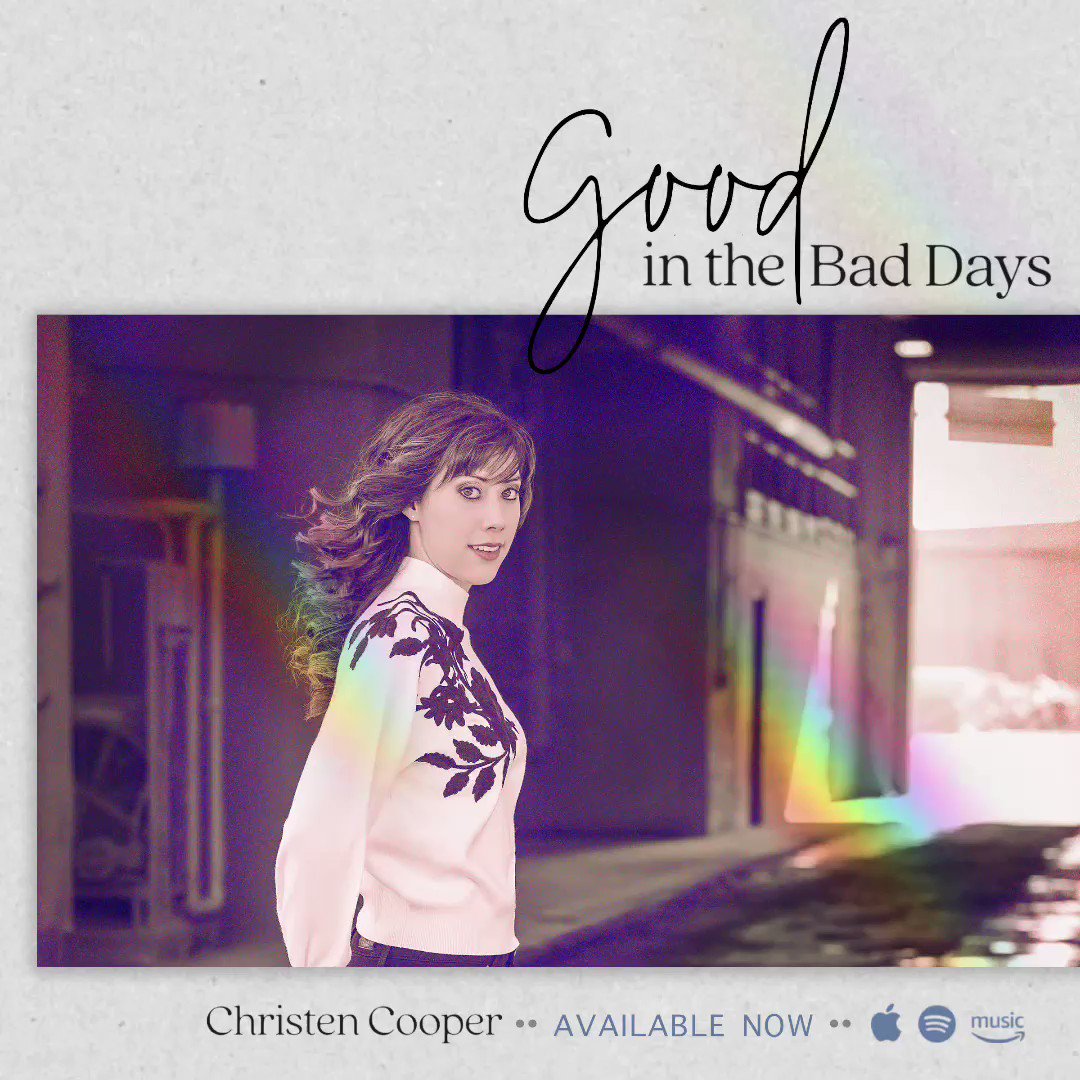 Crafting a song that can accurately capture itself as a sign of the times while simultaneously working as an outreached hand offering solace and aid in a trying time is tough. Few tracks manage to pull off the balancing act. It’s not easy coming to fans with a kind voice without coming across as an armchair therapist, so the approach has to be airtight. For up-and-coming country singer Christen Cooper, “Good in the Bad Days” is as airtight as it gets, and her approach is sound. Crafting a track about finding the silver lining in everything regardless of the consequences and bigger picture is a foolproof theme to start on, and utilizing gorgeous vocals, piano, and a strings section seals the deal. Watch out, you might have a new favorite track on your hands!

Christen Cooper’s work is hard to pin down, as she dances across the country genre’s many subgenres from single to single — the surprise of delivering something so earnest and straightforward, with deep lyrics and a poignant message after her summer-themed love single “That Kind of Guy” released last June might be enough to give listeners emotional whiplash, but the deft hand of Cooper manages to pull off the theme change with enough panache that the change-up only feels like a mild shock. Cooper’s beautiful voice complements the full piano sound, and the tasteful use of strings with a full strings section gives “Good in the Bad Days” a depth that most songs on the radio seem to be lacking.

The way that Cooper manages to write lyrics that feel deeply personal, yet universal, is a brilliant gut punch for the single to blow — “One thing I know for sure is the world’s gonna keep on turning, nothing lasts forever; even the bad days get better.” It’s an effortless mindset with straightforward lyrics delivered without cynicism or chagrin. The positivity and optimism that Cooper exudes are enviable, and with this track, listeners might feel like a weight has been lifted. There’s an infectious positivity to the track that makes the worst parts of the day feel like you’re able to turn mountains into molehills, and this superpower is something Christen Cooper wants to share with the world.

While this might appear to be Christen Cooper’s most straightforward and “simple” single yet, the variety of sounds explored in her short career shows that there’s still plenty more to come and even the most stripped-down efforts from Cooper are anything but simple. With a studio-length album still on its way, there’s no telling where Cooper will ultimately go with her sound outside of the broad “country music” guidelines she seems to be staying within. Her graceful jumps between pop, rock, and ballads are inimitable by today’s standards, and it’s admirable seeing young artists 1) unafraid to take bold leaps with their style and 2) unashamed to be vulnerable with their audience. “Good in the Bad Days” showcases both of these points to great effect, and proves that Christen Cooper is a country-rock force to be reckoned with.