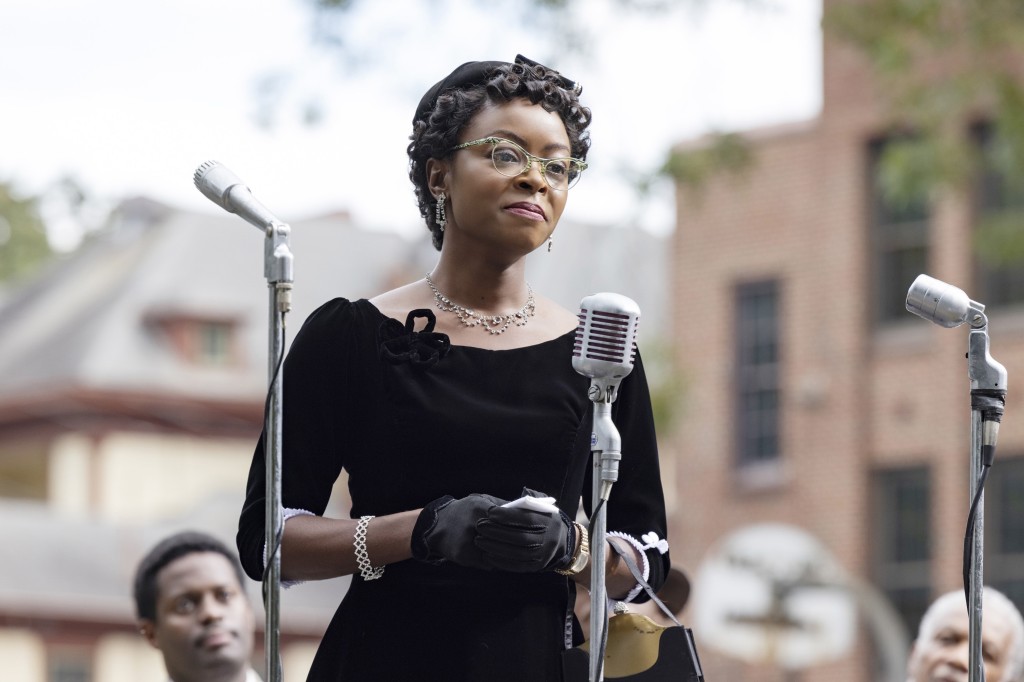 Chinonye Chukwu’s Till got off to a solid start at the specialized box office, grossing over $15k per theater from 16 locations in five markets for an estimated weekend gross of $240.9k, possibly more depending on how Sunday plays out.

“It’s as much as we could have hoped for,” said Erik Lomis, president of United Artists Releasing. The opening “bodes well for both the film’s continue rollout and the overall specialized film marketplace, which is seeing audiences return for adult minded fare.”

Till’s stellar 100% Rotten Tomatoes critics’ score was matched by exit polls — 92 in the top two boxes; 86 definite recommend. “This is rarefied air,” noted Lomis. The film expands to 25 markets and 100 runs next week ahead of a wider national rollout with a ramp-up in linear television and digital spots as marketing builds. It’s playing “smarthouse” (high-end commercial) theaters, and commercial venues, not traditional arthouses.

“Everyone at UAR and MGM’s Orion is incredibly proud of this film,” said Lomis. “Hats off to producers Barbara Broccoli, Keith Beauchamp, and Whoopi Goldberg who fought to get this movie made for decades,” he said.

Danielle Deadwyler is Mamie Till-Mobley, the mother of Emmett Till, a 14-year-old boy brutally murdered in 1955 while visiting cousins in Mississippi, and the film is her story. Her decision to hold a public funeral with an open casket created lasting images of cruelty that galvanized the civil rights movement.

The film, which also starred Jalyn Hall, Frankie Faison, Haley Bennett, and Goldberg, world premiered Oct. 1 at the New York Film Festival. It had a U.K. premiere Friday at the London Film Festival.

Mubi had a triumphant weekend with Park Chan-wook’s Decision To Leave that grossed an estimated $90.7k on three screens in NY/LA for a per screen average of $30,243. That’s the highest PSA for the director of Oldboy and The Handmaiden and it’s the latest in a string of upbeat arthouse debuts. The gross included a hefty $57,308 from NYC’s Angelika Film Center, the theater’s third-highest opening since Covid and one of the top PSAs of 2022.

The romantic thriller will add 36 screens in week two, with more locations in New York, including and LA and new markets including Atlanta, Austin, Boston, Denver, Portland, San Francisco and Washington DC. It’s Mubi’s widest release yet, expected to reach up to 200 locations.

The winner of the Best Director award at the Cannes Film Festival follows a detective trapped in a web of deception and desire while investigating a recently widowed woman. It’s the director’s first film in six years and is first time Park will represent South Korea in the race for Best International Film at the Oscars.

The new openers were flanked by a duo of strong performing week-two films, Tár from Focus Features and Triangle of Sadness from Neon.

Certified fresh with a 94% on Rotten Tomatoes and an audience score of 78%, it opened in the top spot at the Alamo Mission in SF, the Music Box in Chicago and the Varsity in Toronto. It was the top film on Saturday at Lincoln Square, in its second weekend there. Next week, it expands to 25 total markets in about 100 theaters. Cate Blanchett received the Best Actress award at the Venice Film Festival for her turn as a brilliant orchestra conductor and musician at the pinnacle of power, who abused that power.

Triangle of Sadness, Ruben Östlund’s Cannes Palme d’Or winner, grossed an estimated $657,051 in its second week on 31 screens for a PSA of $10,857 and a cume of $657,051. The film from Neon had a strong opening last weekend at 10 locations for a PTA of $21,007. In this biting comedy about the tawdry relationship between power and beauty as celebrity model couple, Carl (Harris Dickinson) and Yaya (Charlbi Dean), are invited on a luxury cruise for the uber-rich, helmed by an unhinged boat captain (Woody Harrelson).

“We’re in this corridor where there have not been a lot of mainstream blockbusters coming out, but in the specialty world now, there are blockbusters,” said Paul Degarabedian, Comscore senior media analyst. There are more specialty films, they are doing well on a per-theater basis. And they are showing that independent film in theaters is important. It isn’t just for streaming. These movies deserve and should have their time on the big screen.”