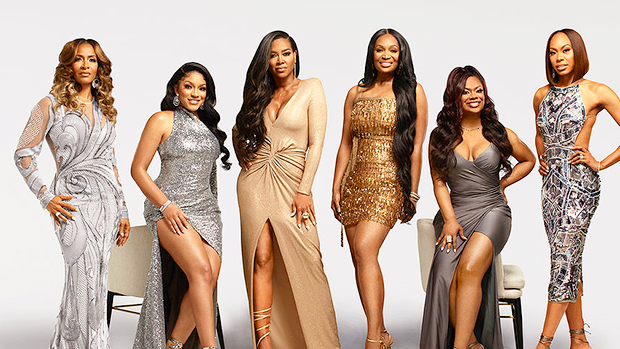 The cast of The Real Housewives of Atlanta descended upon New York City for BravoCon over the weekend, and while they just started filming Season 15 about a week ago, they told us that the drama is already piping hot! “It’s crazy. The first week already started with a bang,” Kandi Burruss told HollywoodLife EXCLUSIVELY. And Kenya Moore couldn’t agree more. She further told us, “It’s messy. It’s very messy already — It’s only week one [and] it’s very messy.”

Sadly, Kandi and Kenya wouldn’t divulge much more about Season 15. Kenya even joked that if she revealed any more information, we might not see her back on our TV screens — but she did say that a cast trip is already in the works, and those are always fun.

Drew Sidora also told HollywoodLife EXCLUSIVELY that she “heard” there will be “some additions” to the cast in Season 15. “I heard we have some additions, some new faces,” she told us. But when we asked whether these “new faces” could be old returning faces (ie. Porsha Williams), she said they’re definitely “new” people. But she did say she’d “love Cynthia [Bailey] to come back. That would be freaking dope.” (Cynthia did tell us that she “misses” the show, so there’s always hope!)

Kenya added that she’d love to see Eva Marcille or Claudia Jordan come back. “They were all great housewives,” she said. And during the cast’s panel at BravoCon, Kenya went a step further and said she’d love to see NeNe Leakes make a comeback, even if that’s a controversial thing to say given her recent discrimination lawsuit that she filed against Bravo, NBCUniversal and Andy Cohen.

As for Kandi, however, she told us that she’s “good with the cast” that they have since they’re only one week into filming and “it’s already lit.”

Bravo has yet to announce the official cast of RHOA for Season 15, but it’s expected to premiere in 2023.

Kyle Richards’ Kids: Everything to Know About Her 4 Daughters