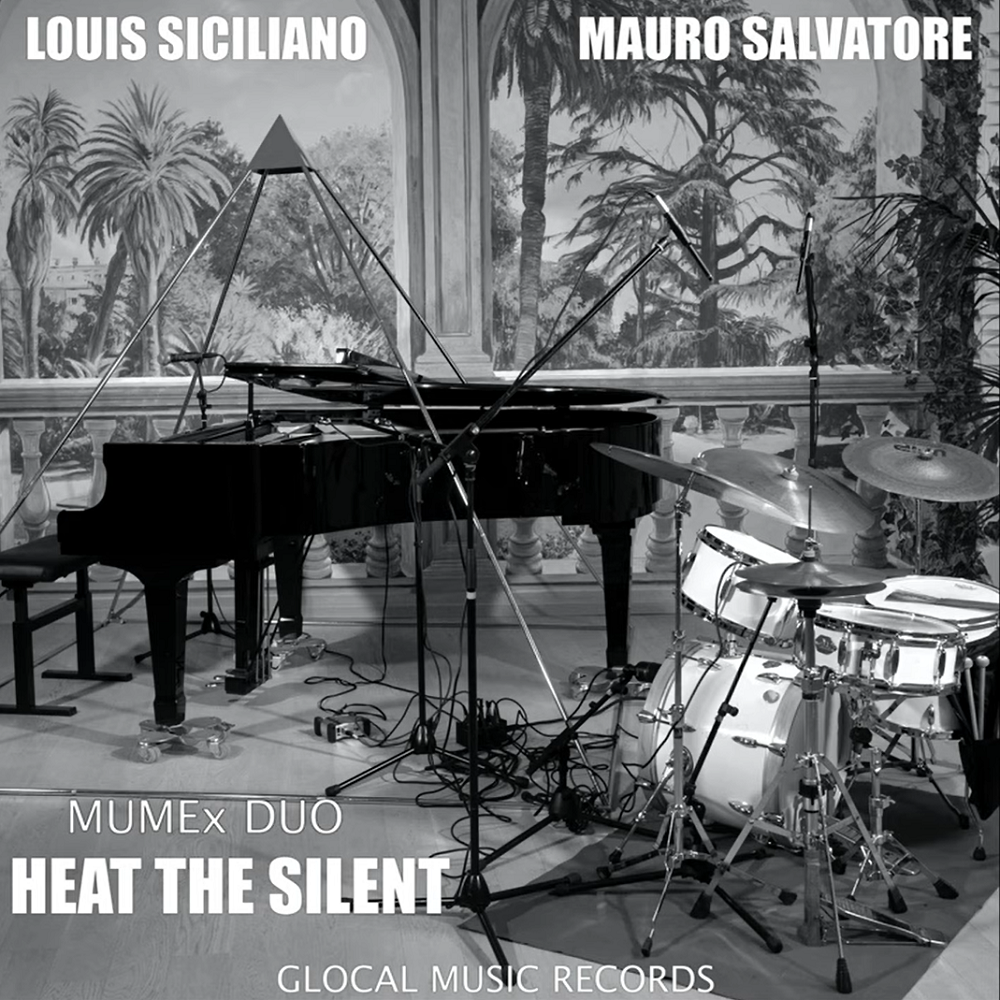 Heat the Silent is bound to be an album unlike anything else you’ve heard all year. Disregard the fact that it’s a jazz album entirely, because jazz albums are already so rare, and even without paying attention to the genre, there’s nothing quite like what’s in store for listeners after this fast-paced, no-holds-barred album from duo Louis Siciliano and Mauro Salvatore, also known as MUMEx Duo, crosses paths with their ears.

The eclectic and melodically chaotic “Variations on Estate” opens the record up, and the mishmash of styles and tempos comes at listeners fast. There’s a distinct uniqueness to the album from the jump, and it’s almost acting as a way for the record to call its shot before listeners have a chance to truly settle down. The album isn’t fully intent on descending into unbridled pandemonium, however, as the follow-up track “When All the People Are Sleeping” offers something a bit more relaxed and groovy. Heat the Silent is an album fully prepared to dig into its influences, be them fast and loose or gentle and tight, and “Thelonius” is about as much of a tribute track as one can expect — the wild and reckless playthrough of some of the most regimented hysteria and manic energy in music this year, the track brings the energy levels of the album to new heights.

“Heat the Silent” shares its name with the album and deservingly so; it’s a strong concentration of just about everything the record has to offer, with plenty of outbursts and quiet moments of contemplation. “Joe’s Island” brings in a more southern, Mediterranean flair with its use of vocals and stylistic, rumbling drums. “Beyond the Eighth Door” begins with a piano riff that feels like a descent into madness, and the song builds on this energy brilliantly — it’s collected mayhem with an emphasis on drums as a safety blanket, and it’s another major piece of the album’s puzzle-like makeup. “Variazioni Sensa Fine” closes Heat the Silent out on a great note. It’s thoughtful and pensive, and never meanders in its first moments before exploding into vibrant technicolor in its last act. For an album so dedicated to black-and-white aesthetics, the finale track breaks the fourth wall in more ways than one and makes for a great ultimate piece from the jazz duo.

If the world had even a small percentage of more jazz albums coming out with the frequency we receive everything else, we could hope for records to reach the same heights as Heat the Silent. Unfortunately, groundbreaking albums from the jazz community with as much knowledge and love for the material seem to be feeling more and more scarce as the days progress, so it’s crucial we show the standout albums love when we can. Heat the Silent is a phenomenal record from an extremely talented duo, a duo perhaps unknowingly making the musical world a better place simply by releasing their art. Be sure to give your standout tracks the attention they deserve, and revisit the tracks that have yet to grow on you — jazz is a transformative genre, the songs you grow to like never stick at first.