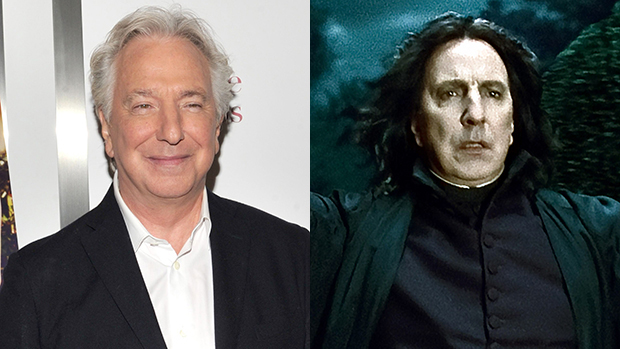 The first film of the Harry Potter series was released in 2001 and instantly became a box office hit, paving the way for an ever-growing franchise. Even years after the movies wrapped production in 2011, the stars – Emma Watson, Daniel Radcliffe, and Rupert Grint – cannot get away from questions about reunions and reboots. Speaking on that note in March 2022, Daniel, who played the titular character of Harry Potter, said he’s not “really interested” in starring in an adaption of the Harry Potter-themed Broadway hit Harry Potter and the Cursed Child.

Unfortunately for eager fans, a full-on Harry Potter reboot would be out of the question, as several of its stars have since passed. For instance, David Ryall, who played Elphias Doge, died in 2014, and Hazel Douglas, who brought Bathilda Bagshot to life, passed away two years later. And those are just a few of the Harry Potter players we’ve lost over the years.

Robbie Coltrane, the veteran Scottish-born actor who brought Hagrid the Giant to life in the Harry Potter films, died at age 72 on Oct. 14, 2022. According to a statement given to the BBC by his agent, Belinda Wright, Robbie passed away in a hospital near Falkirk in Scotland. “For me personally, I shall remember him as an abidingly loyal client. As well as being a wonderful actor, he was forensically intelligent, brilliantly witty and after 40 years of being proud to be called his agent, I shall miss him,” said Wright.

“He is survived by his sister Annie Rae, his children Spencer and Alice and their mother Rhona Gemmell. They would like to thank the medical staff at Forth Valley Royal Hospital in Larbert for their care and diplomacy,” added Wright, who also asked that people “respect Robbie’s family’s privacy at this distressing time.”

Though best known for his role as Hagrid, Robbie’s career includes a breakout role as Dr. Edward “Fitz” Fitzgerald in Jimmy McGovern’s Cracker series. Coltrane would earn a BAFTA for his part in the series, and that would result in him joining the James Bond franchise, playing Valentin Zukovsky in GoldenEye and The World Is Not Enough.

Richard Harris played the headmaster of Hogwarts, Albus Dumbledore, in the first two installments of Harry Potter. He succumbed to Hodgkin’s disease in 2002 at the age of 72. Following his death, Michael Gambon took over the role of Dumbledore throughout the rest of the films.

During the Harry Potter 20th anniversary reunion event presented by HBO Max that premiered on New Year’s Day 2022, director Chris Columbus looked back on Richard with fond memories. He revealed that Richard apparently thought the phoenix bird that burst into ashes in order to be reborn during Harry Potter and the Chamber of Secrets was real.

“Richard came in, looked at the phoenix, and said, ‘Wow, they train these animals marvelously these days,’” Chris divulged, per Insider. Apparently, no one had the heart to tell Richard it was an animatronic and he filmed the entire movie believing it was real.

Richard Griffiths, who played Harry Potter’s hateful uncle Vernon Dursley and housed him by graciously sticking him in the cupboard under the stairs, died in 2013 at age 65. His death came shortly after he received heart surgery at University Hospital in Coventry, England.

And despite him being so cruel to Harry in the films, Daniel had the opposite experience with him off-set. “Richard was by my side during two of the most important moments of my career,” he recalled, per BBC. “In August 2000, before official production had even begun on Potter, we filmed a shot outside the Dursley’s, which was my first ever shot as Harry. I was nervous, and he made me feel at ease.” He continued to say that Richard made any room “twice as funny.”

He died of heat-related complications in 2014 while hiking in Manly Beacon in California’s Death Valley. The Inyo County Sheriff’s Department said there were no signs of foul play. His manager told NBC News that David was always an “adventurer” following the news of his unexpected death.

Alan Rickman, who played Severus Snape throughout the entire Harry Potter series, died of pancreatic cancer in 2016 at the age of 69. The death of the actor deeply affected Harry Potter fans and actors alike.

J.K. Rowling, who wrote the iconic Harry Potter books, took to Twitter to honor the actor upon his death. “There are no words to express how shocked and devastated I am to hear of Alan Rickman’s death. He was a magnificent actor & a wonderful man,” she wrote.

The Boy Who Lived, Harry Potter, who Alan’s character protected throughout the series, called him one of the “loyalest and most supportive people” in the industry. Meanwhile, Emma, who played Hermione Granger, said in a Facebook post that she felt “so lucky to have worked and spent time with such a special man and actor.”

John died in 2017 at the age of 77, but no information about how he died was shared at the time of his death. It is thought he may have succumbed to cancer, which he was diagnosed with in 2015. While he remained positive about his sickness as he underwent treatment, he was realistic about his future.

“I can’t say I worry about mortality, but it’s impossible to get to my age and not have a little contemplation of it,” he told Radio Times, per The Guardian. “We’re all just passing time, and occupy our chair very briefly. But my treatment is going terrifically well, so I’m optimistic.”

And while Harry Potter shaped his last years in the spotlight, his fame reached much further than moviegoers. In fact, he was honored by the British royal family following the news of his death, as he had read from Henry the Fifth at the 600th Anniversary of the Battle of Agincourt service in 2015.

Although Helen McCrory‘s character of Narcissa Malfoy, wife to Lucius Malfoy and mother to Draco Malfoy, served the dark side, her acting chops were widely celebrated. McCrory died in 2021 at the age of 52 in London due to cancer.

Following her death, her actor husband Damian Lewis penned a heartfelt tribute to her in The Sunday Times and focused on who she was as an entire person rather than just an actress. “Helen was an even more brilliant person than she was an actress,” he wrote. “She was a people person, sure. ‘I’m much more interested in who I’m with than where I am,’ she would say, and innately wanted to share. But she also lived by the principle of kindness and generosity. That you put these things out into the world to make it better, to make people feel better.”

Helen played Narcissa in Harry Potter and the Half-Blood Prince and the final two installments of the series.