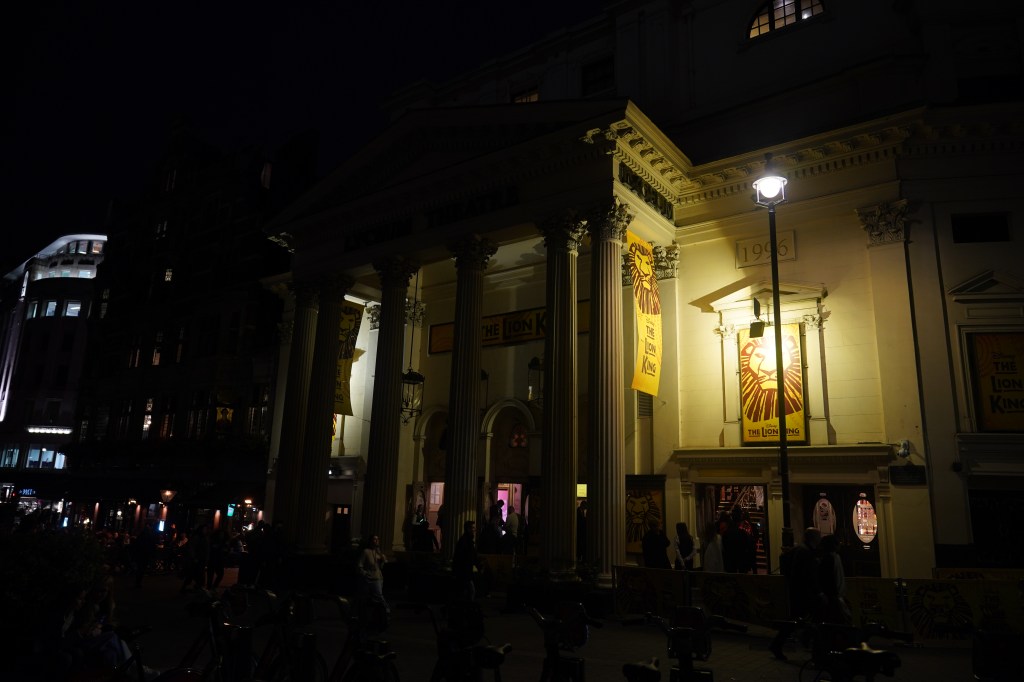 Theaters on London’s West End dimmed their lights Wednesday evening in memory of the late Angela Lansbury who passed away Tuesday at age 96. The London-born actress last appeared on the West End in 2014’s Blithe Spirit at the Gielgud Theatre, in which she reprised her Tony-winning role as Madame Arcati. She won the Best Supporting Actress Olivier Award for her turn.

Blithe Spirit marked Lansbury’s return to the West End for the first time in nearly 40 years. Other London performances included playing Gertrude in a 1975 National Theatre staging of Hamlet as well as appearances in 1973’s Gypsy and 1972’s All Over.

In a statement on Wednesday, Claire Walker and Hannah Essex, Co -Chief Executives of the Society of London Theatre and UK Theatre, said, “The theatre world is a smaller place tonight after the passing of Dame Angela Lansbury whose work touched so many generations. She lit up every stage she graced, and her extraordinary talent will be very much missed.”

As a tribute, West End theaters dimmed their lights for two minutes before performances at 7pm local time on Wednesday.

Lansbury’s career spanned nearly 75 years across stage, film and television. On Broadway, she won Tony Awards for Mame (1966), Dear World (1969), Gypsy (1975), Sweeney Todd (1979) and Blithe Spirit (2009). Her final Broadway performance was in 2012 in Gore Vidal’s The Best Man, and earlier this year, she received the Lifetime Achievement Tony Award.

A three-time Oscar nominee (for Gaslight in 1944, The Picture of Dorian Gray in 1946 and The Manchurian Candidate in 1963), Lansbury received an Honorary Oscar in 2014.

Lansbury is known to television fans as the star of the long-running smash Murder, She Wrote for which she was Emmy-nominated during each of its 12 seasons. She received a total 18 Emmy noms and enjoyed one of the longest and most acclaimed acting careers in Hollywood and New York.

Tributes have poured in since her passing, even from space:

Dianña Returns With New Christmas Single
“Just Like You” by Chris McCooey
Elektragaaz Releases “The Synaesthetic Picture Show: Part 6”
Exclusive Interviw with Avery Roberson
Change is Everything with Some Days Are Darker