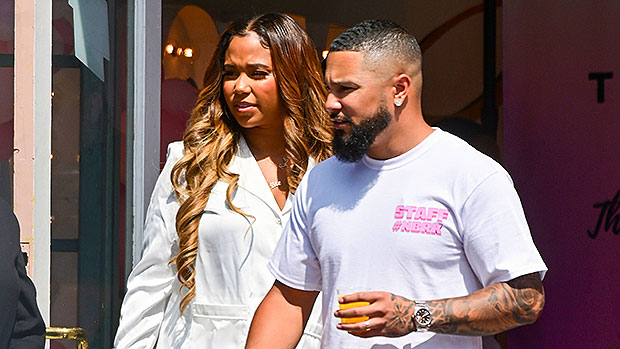 Teen Mom star Zach Davis has found himself in hot water, as Entertainment Tonight reported that he was sentenced to four months in LA County jail as of Oct. 12. His time behind bars comes as a result of a June 2020 DUI incident, according to the outlet. The proud father reportedly pleaded not guilty to “driving under the influence of alcohol and driving with a suspended or revoked license.” More so, Zach pleaded “no contest” to driving with a blood alcohol content of over 0.08.

ET also reported that Zach faces 60 months of probation, 120 days in LA County Jail, and four days of community labor. To add a further consequence, the reality TV star was ordered to attend an alcohol treatment program. Zach must also surrender himself at the Van Nuys Courthouse West on Nov. 1 at 8.30 AM.

Zach’s reported sentencing comes less than two weeks after he and Cheyenne Floyd, 29, got married on Sept. 29. The celebrity couple tied the knot in Pasadena, California, in front of their loved ones and costars. Some of the reality TV pals in attendance included Maci Bookout and her husband Taylor McKinney, along with Catelynn Lowell and Tyler Baltierra. Jade Cline and Sean Austin were also there, along with Kiaya Elliot and Leah Messer, along with her fiancé.

Since the wedding, Cheyenne has been busy posting many photos of the big day on her Instagram. She captioned a photo of her and Zach in their wedding outfits, “Mr. & Mrs. Davis 9.29.22.” On Oct. 6, just six days before the sentencing, she shared a photo of the couple at the altar. “love always wins,” Cheyenne wrote. But on the day of the sentencing, the Teen Mom: The Next Chapter star seemed unphased by the news, as she appeared on Instagram promoting fruit snacks with her daughter, Cory Wharton.

In addition, the mom-of-two held a Q&A on her Instagram Stories and revealed that she and Zach were “closing on our house this week.” Cheyenne also replied to the fan asking when the honeymoon will be with, “Next year!” Both Zach and his wife are currently appearing on this season of Teen Mom: The Next Chapter. Despite the news, neither of them have publicly commented on Zach’s reported DUI incident as of this writing.

Cheyenne and Zach got engaged in April 2021 while at her baby shower. “She said yes! Put a ring on both of their fingers! I love you fiancé @cheynotshy today we celebrate a lifetime together!”, Zach captioned the photo of him popping the question last April. The couple welcomed their first child, Ace, 1, together on May 27, 2021. “Our cub has entered this world healthy and handsome as ever, This was by far the best day in my entire life,” Zach captioned the Instagram announcement.