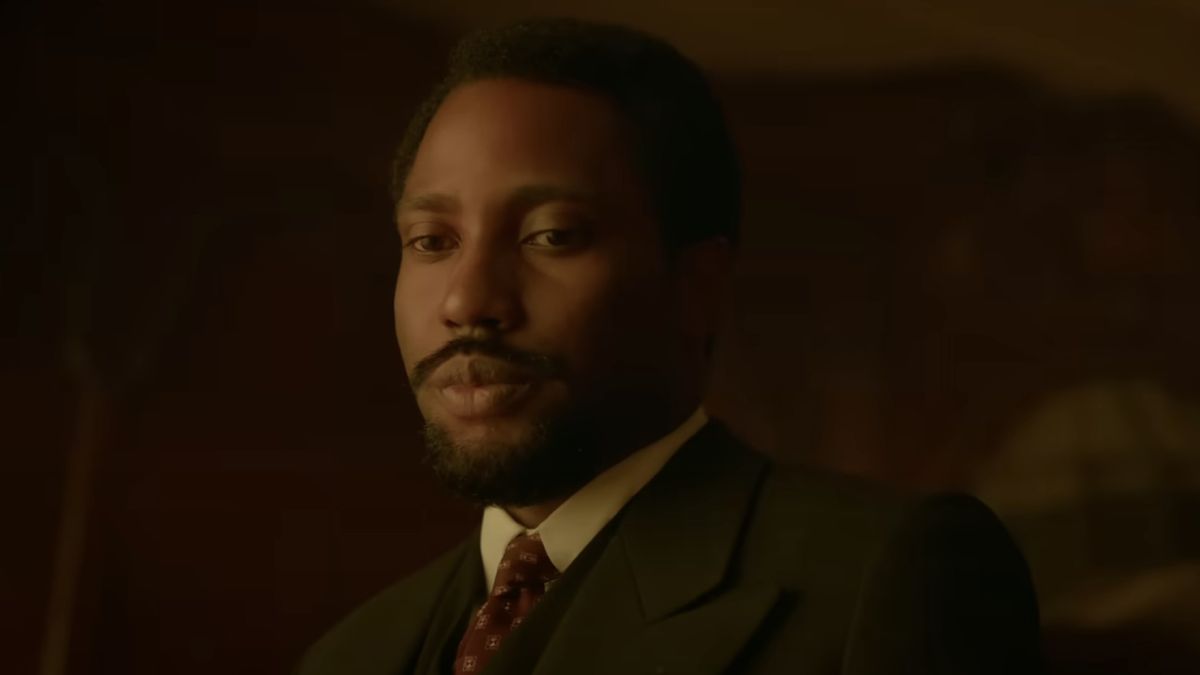 John David Washington has been steadily climbing up the Hollywood ladder, thanks to his impressive performances. Of course, there are plenty of things that have come with his decision to choose the same profession as his two-time Oscar-winning father, Denzel Washington. For years, the younger Washington avoided Denzel’s shadow by pursuing sports. And now, with multiple films under his belt, the star has revealed why he hid from acting while also detailing the moment he realized he couldn’t escape his lineage.

Before starring in films like Tenet and Malcolm & Marie, John David Washington essentially “rebelled” against his father’s legacy by playing football at Morehouse College. He even got to pursue a professional playing career for a few years. Washington opened up to CBS Sunday Morning about why the sport was the best way for him to steer clear of his famous father’s legacy:

Like any young person, the actor wanted an identity separate from his parents’ chosen profession. Making a name for himself in football gave him the chance to not just be Denzel Washington’s son. Still, he wanted to be an actor even when he was a young kid watching his dad on the Glory set. But he didn’t want to face those inevitable comparisons to his famous father. Funny enough, John David hid his desire to act so well that Denzel didn’t see his acting career coming.

While football was supposed to give him the break he needed, things didn’t pan out how he thought they would. As a running back at Morehouse, John David Washington quickly found out that his pop’s shadow loomed large even in the sports world. And this realization came in the form of a newspaper write-up:

I mean, let’s be honest, Denzel Washington’s name knows no bounds, so anyone and everyone is going to point out his son on a football field. Of course, John David Washington ultimately chose to accept his father’s legacy rather than run away from it. And that decision allowed him to pursue his passion for acting after his football career ended.

At present, the younger Washington is set to make his Broadway debut in a revival of August Wilson’s The Piano Lesson. He isn’t “worried” about Denzel’s opinion but is adhering to the lesson of not fearing failure when stepping on stage. The young man is certainly putting in work, and I’m glad that he no longer feels the need to hide from his calling.

If you can’t catch John David Washington on Broadway, you can see him in the period comedy Amsterdam, which is currently in theaters. And next year, he’ll appear in the sci-fi drama True Love with Gemma Chan and Allison Janney. In the meantime, don’t forget to check out what upcoming movies are still set to drop in 2022.