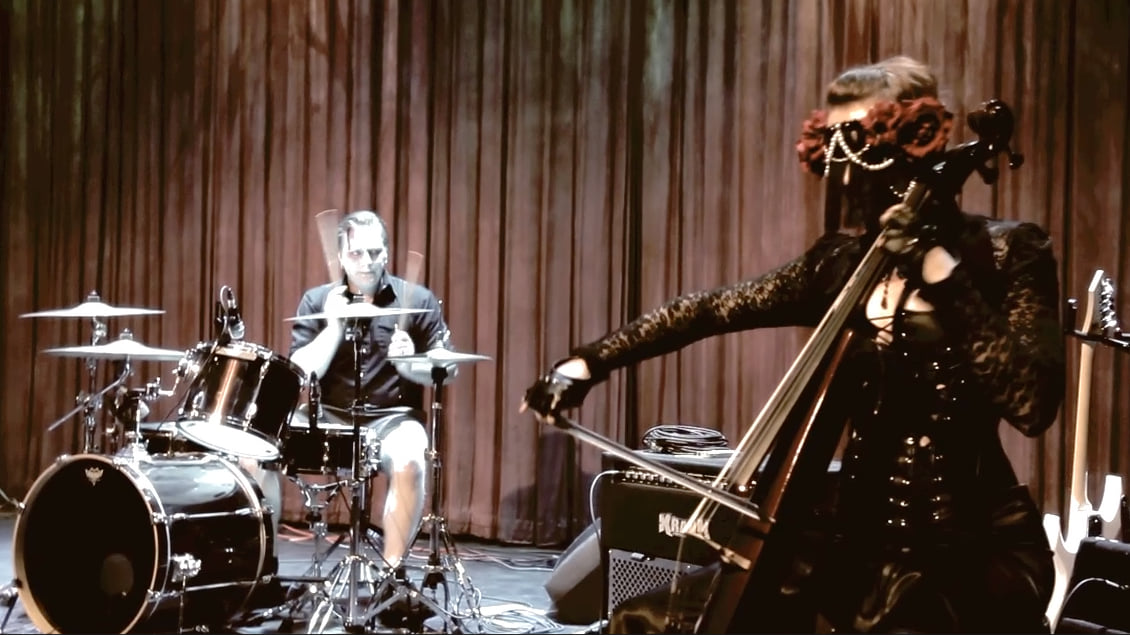 Punk, metal, and goth are a familiar combination to a lot of heavy music fans, but in The New Jacobin Club’s new album Empire of Dis, they make for a cocktail of chaotic melodies as pulverizing as they come. While I wouldn’t say that The New Jacobin Club is out to reinvent anything with this record, efforts like “Gloriana Engine” and “The Hunter” imply a desire to paint outside the lines that is very exciting to those who like a more creative strain of hard rock intensity. With Empire of Dis, a tornado of texture and harmonies doesn’t always land on top of a hook, but frequently takes us to the left side of predictability – a feat that has been relatively unmatched by other bands in 2022.

The swagger of the players heavily influences the tone of “In Crimson Snow” and “The Priestess,” but I like that there’s some deliberate hesitancy a little deeper in the tracklist with “Behind the Veil.” We’re never stuck on one mood for very long in Empire of Dis, mostly because volatility is at the core of the narrative the band is creating. They could have used a more streamlined approach to their storytelling, but it would have made the chunky riffs and abrasive tempos a little harder to digest (which I don’t think The New Jacobin Club was going for in this performance). There are no shortcut songs in this album, but instead a series of sequenced dramatic entries that together form a much bigger picture – an illustration of pain, substance, and longing not depicted often enough in rock anymore.

I do want a little more of the metal we get in the first half of this record in upcoming releases from The New Jacobin Club as they really know how to make heavy music feel exciting without sounding typical or recycled. The best part of the rhythm behind “Slenderman” is the weight on top of the beat, which isn’t being stacked from behind the board exclusively. These payers tell us who they are with their sonic spacing as much as they ever do with lyrics, which is something I wish a lot more of their contemporaries would do when making this kind of music. Goth can be deep when it wants to be, and this isn’t a group that wants to do anything more than expel as much guarded emotion as they can (especially through musical means).

Although Empire of Dis occasionally reads like a love letter to the underground I don’t know that goth loyalists will be the only listeners who give it a seal of approval upon its official release this November. There’s something here for the rocker, the metalhead, and the punk in all of us, but there’s also no denying that The New Jacobin Club wanted to make something the indie circuit would respect as authentic and not view as a pose from musicians who are out of their league. Through all of the nocturnal elements there are to behold in Empire of Dis, I hear a bright talent in The New Jacobin Club that wants to get more attention than others have earned thus far, and I believe they’re going to get it with the success of this initial offering.