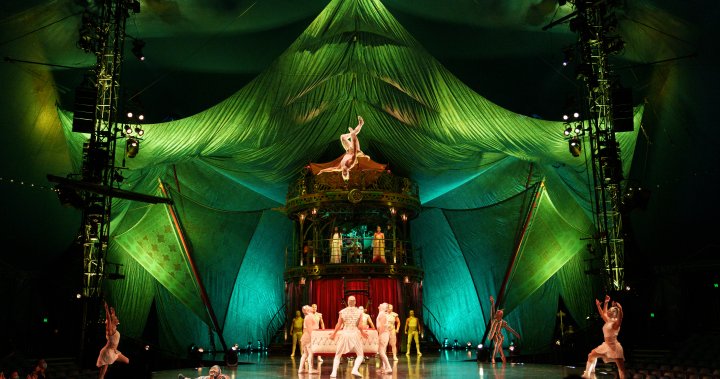 Cirque du Soleil is renewing a long-standing tradition by presenting the world premiere of its new show Echo in Montreal, starting next April. It promises a show with artistic and technological innovations.

This will be the group’s 20th show, and is set to explore the balance of humans, animals and the planet they share. The narrative framework will be based on the main female protagonist Future, a dynamic young girl.

She represents the new generation which looks at the world differently, described creative director Chantal Tremblay. The character will show the impact of human activity on the Earth.

“We see this evolution, then it will bring humans together with animals… All together, we will be able to rebuild this world in which we want to live,” explained Tremblay during the announcement of the show, in French.

The public will rediscover high-flying acrobatics but visually, Echo will stand out from the entertainment company’s previous creations.

“Through our scenography, color and sound, we are in another place. We are more contemporary. The colors are brought in differently. (There will be) a lot of voices, ”said Tremblay in an interview.

Hockey Canada CEO, board of directors leave organization amid scandal

The centerpiece of this production will be a huge cube, as high as a two-story building. It’s a major challenge for the team, as such a structure has never been installed under a Cirque du Soleil marquee.

“It’s a scenography that we would have had in a theatre. Technically, we pushed each other, but that’s the difference we wanted to make. The cube will also play a role; we deconstruct it, we rebuild it, we are going to do performances on it, inside,” said Chantal Tremblay.

“It’s going to live through the show. It moves, it turns on itself. And we project great scenes from Jerome Delapierre,” she said.

The creative process of Echo started before the pandemic. When the health crisis hit, there were still almost two months of preparation left, but Tremblay said the past year has allowed the group to review the development of the show.

The production, which has around 40 artists, was initially titled Under The Same Sky. Director Mukhtar Omar Sharif Mukhtar explained that the change to Echo was necessary to better reflect the plot and the message of the show.

The impact of the pandemic was one of the sources of inspiration for the director, who lives in Las Vegas. “The way people think now is different. We look at life and we interact with others differently,” Mukhtar said by videoconference Tuesday.

The message he wishes to deliver to the public through his show is the need for humans to work together to create an empathic world.

Echo will kick off on April 20, 2023 at the Old Port of Montreal for a series of performances until Aug. 20, before going on an international tour. Tickets go on sale Oct. 17.

Cirque du Soleil has signed a ten-year agreement with the Old Port to present new shows or classics. The first year of this collaboration concluded with KOOZA, which took place this past summer.

The show, which has been playing for several years, has broken a “historic record” for attendance in Montreal, according to Stéphane Lefebvre. A total of 270,000 tickets were sold. The record sale reassured the group that Quebecers are interested, even after two years of absence due to the COVID-19 pandemic.

“There is an important relationship between Cirque du Soleil and the people of Montreal. Coming out of the pandemic, I have the impression that people wanted to come together and see shows again, ”said Stéphane Lefebvre, the president and CEO of Cirque du Soleil Group.

“We had good success with the relaunch of our shows in our various markets around the world. But it is certain that the experience we had here in Montreal, last summer, is all the more important and emotional,” he told The Canadian Press.

Cirque’s head office still remains in the Quebec metropolis, as do its creative studios.