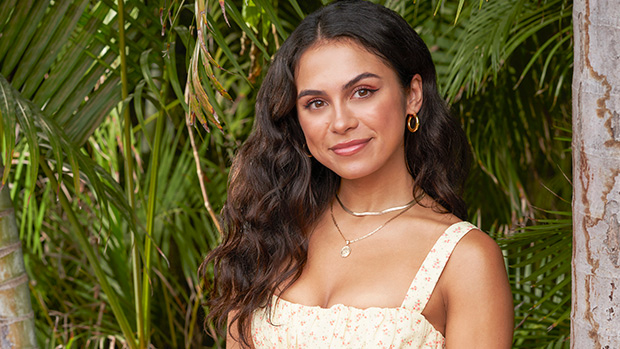 Brittany Galvin had a rough go of it during her time on season 25 of The Bachelor, but she hasn’t given up on love! Brittany returned for Bachelor in Paradise, which premiered in September. She was amongst the first arrivals on the beach for the show’s 8th season.

Although Brittany hasn’t had a strong connection with anyone so far, she did receive a rose from Casey Woods at the first rose ceremony. Brittany has been trying to find her footing in Paradise, and will get to give out her own rose to one lucky guy at rose ceremony number 2. Learn more about Brittany with five facts below.

1. What Happened To Brittany On ‘The Bachelor’?

Brittany was a contestant on Matt James’ season of The Bachelor, which aired at the beginning of 2021. She actually wasn’t part of the original cast for season 25, but was brought in with four other women after the second rose ceremony. Matt gave her a rose at the third rose ceremony, but she quickly got entangled in some drama with fellow contestant, Anna Redman.

Anna accused Brittany of being an escort in Chicago, and claimed that she may have had a “transactional relationship with wealthy men.” Brittany denied the allegations. The ladies had an unofficial 2-on-1 date with Matt amidst their drama, and Matt sent Anna home. Unfortunately, Brittany didn’t last much longer, and was eliminated during week six.

2. Is Brittany Galvin Really An Escort?

After Anna made her claims about Brittany being an escort, Brittany took to Instagram to once again shut down the rumors. “To make it clear, I am not an escort,” she wrote on her Instagram Story. “And for the people who are, don’t let others tear you down. Keep sharing your stories with me because they are so powerful. I am here to support you.”

At the Women Tell All special, Anna apologized for making the false accusations. “Nothing I can say can justify what I did,” Anna said. “There’s no reason to ever take down another woman without thinking of the consequences, especially in that moment. It was awful and after watching the aftermath, I am a hundred times more sorry. Everything in the situation I did was wrong and I’m sorry.”

Jamie Lee Curtis In ‘Halloween’ Franchise: How Many Movies She’s Been In & Her Future After ‘Halloween Ends’

Brittany wasn’t ready to forgive Anna right away, and accused her of continuing to spread lies even after filming. “I know what I said can’t be unsaid and the damage can’t be undone, but I’d love to help repair some of that damage,” Anna insisted. “I want you to know I am 100 percent sincere when I say I am so, so sorry for that.” Brittany went on to accept Anna’s apology.

3. Brittany Galvin Is A Model

Brittany’s ABC bio confirmed that she was 23 when she was on The Bachelor and works as a model in Chicago. She is represented by Wilhelmenia Models, and her profile for the company reveals that she is 5’8″ with a 27″ waist. Her Instagram page features several professional modeling shots.

Brittany attended the University of Missouri-Columbia. She graduated in 2019 with a Bachelor of Business Administration Degree, and was a member of the Gamma Phi Beta sorority during her time at school. Brittany’s LinkedIn reveals that she is the creator of YoTie, a hair tie company. The product was created in 2015 and Brittany has used social media to promote it. She also partnered with The Bridge at the University Of Missouri to sell her product. She considers herself an “experienced entrepreneur,” per LinkedIn.

Although Brittany’s relationship with Matt James was be the first time her love was shown on television, she’s no stranger to being in a relationship with a high-profile person. Brittany previously dated American soccer star, Drew Conner. It’s unclear how long they dated for, but they were together in Instagram photos as recently as mid-2019.

5. Brittany’s Sister Is An Actress

It turns out that Brittany isn’t the only person from her family who knows what it’s like to be on the small screen. Brittany’s sister, Missy Galvin, is an actress, as well as a model. She’s had small roles on Empire, Chicago P.D. and Chicago Fire.