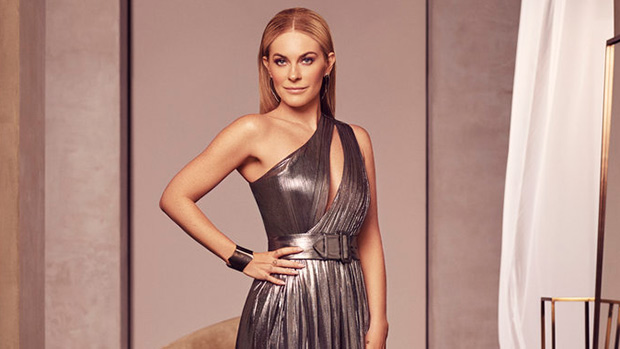 After two seasons on The Real Housewives of New York City, Leah McSweeney has some thoughts on the future of the franchise. Leah, 40, told HollywoodLife EXCLUSIVELY that she knows who she wants cast on the “legacy” spinoff series that will feature former RHONY cast members. “There’s three people that I would definitely want on it,” Leah said on the Pay Attention Puh-Lease! podcast, while promoting her partnership with Abreva.

“And that’s Luann, Dorinda, and Tinsley. And then I don’t care about the rest. I mean like whoever else, you know?” she added. Leah didn’t mention OG Ramona Singer or longtime star Sonja Morgan when laying out her ideal RHONY Legacy cast. It’s not so surprising that she didn’t say Ramona, considering they clashed during Leah’s tenure as a NY Housewife on seasons 12 and 13.

“But those are like my three top picks, just for me personally,” the Married to the Mob founder told us. Leah also said it would be “unhinged and hilarious” if the “legacy” cast featured up to 10 women, which could potentially allow for the returns of Jill Zarin, Kelly Bensimon, and maybe even Bethenny Frankel to the franchise.

Bravo boss Andy Cohen confirmed in March that RHONY was being revamped into two new shows: the “legacy” series with ex-RHONY stars, and a reboot show with a brand new cast. Leah confirmed to HL that she’s “not on the reboot,” though that became evident to everyone when the mother-of-one referred to herself as a “former housewife” on TikTok last month.

“That’s a whole new cast. So me saying former, I just thought it was presumptuous of me to call myself a housewife. Obviously once a housewife, always a housewife, but I’ve only been on for two seasons,” Leah explained to us, noting that the reboot is a “whole new thing” without any former RHONY stars, herself included.

“RHONY as it was is over. So I just called myself a former housewife because I thought it was presumptuous to call myself a housewife,” Leah said. “I have no idea. The only show I would be [on is] Legacy.”

Kyle Richards’ Kids: Everything to Know About Her 4 Daughters

Luckily, Leah did get the invite to appear on the third season of Real Housewives Ultimate Girls Trip, which filmed in Thailand with an all-star cast that also included Salt Lake City‘s Whitney Rose, Potomac‘s Gizelle Bryant, and more. Leah told us that RHUGT 3 is “more wild” than the first two seasons of the Peacock show.

Want more from Leah? Listen to the full interview on Apple Podcasts or Spotify! Leah shares more details about season 3 of RHUGT including who was the most dramatic cast member, how Tinsley almost ended up on the show, and much more.