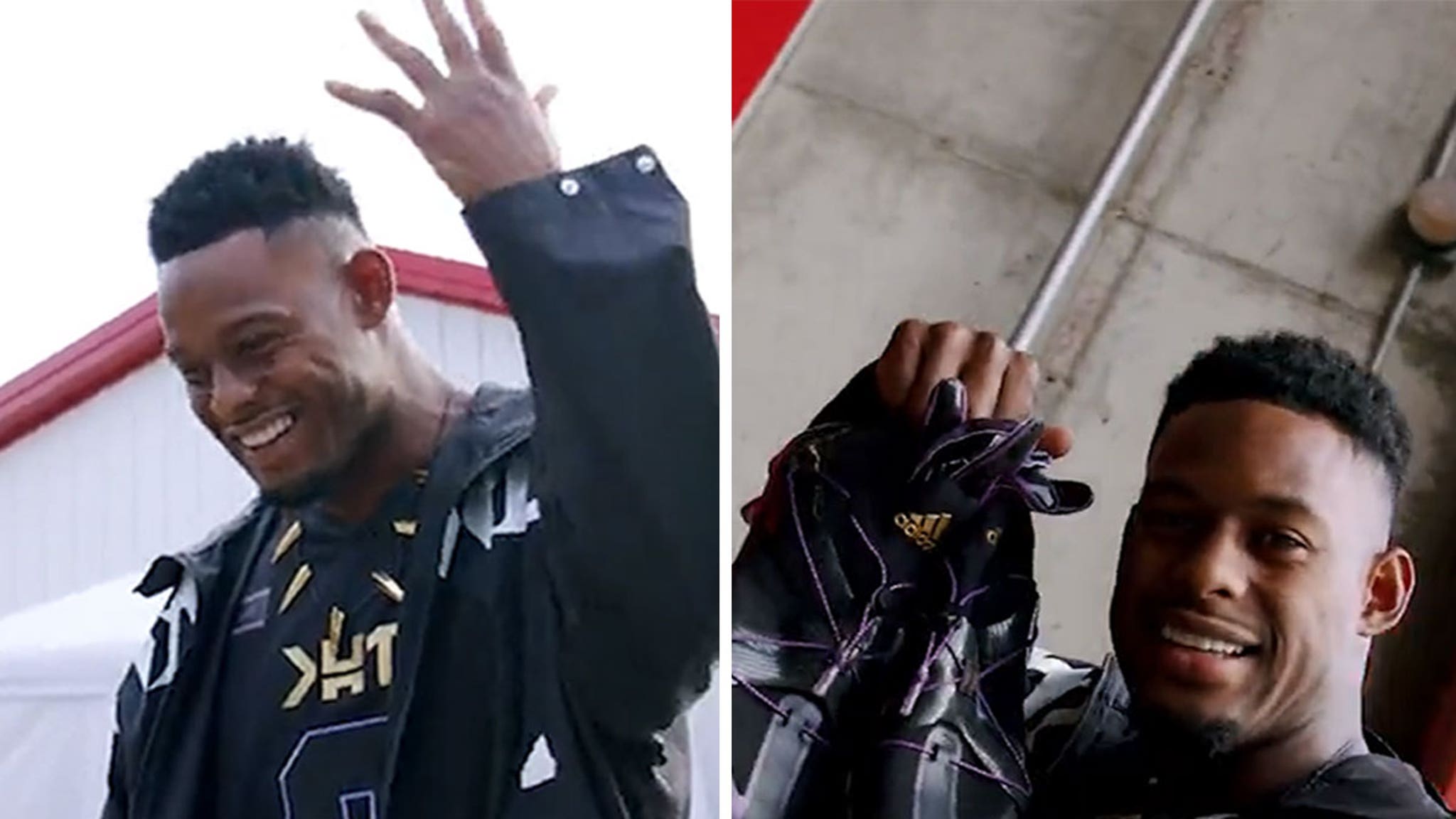 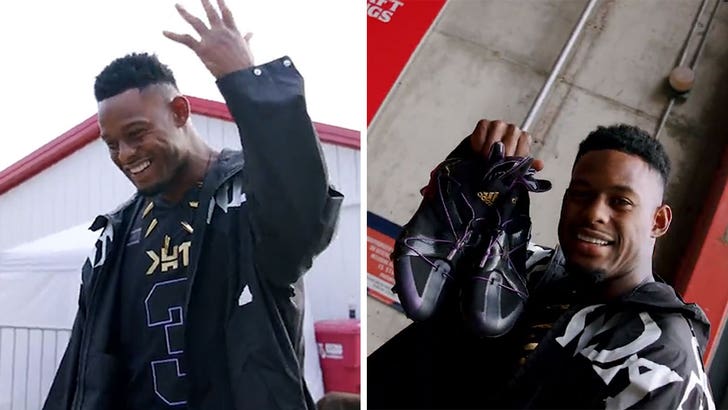 JuJu Smith-Schuster just arrived to “Monday Night Football” drippin’ in vibranium — he rocked a “Black Panther”-inspired fit … that was completed with a sick car and some sweet kicks!!!

The Kansas City wideout rolled up to Arrowhead Stadium in a “1-of-1 Black Panther” Lexus … and when he got out of the ride — he revealed he was head-to-toe in Wakanda-themed gear.

He had on a black #3 jersey featuring a bunch of nods to the blockbuster flick — and he also had on a large “Wakanda Forever” jacket.

And, as he said hello to fans who had lined up outside of the stadium to cheer him on, he revealed he’s going to play against the Raiders in some ‘Black Panther’ spikes.

Smith-Schuster is clearly a big fan of the movie franchise — which will debut its sequel, “Black Panther: Wakanda Forever,” next month — but he also has some ties to Chadwick Boseman dating back to his Steelers days.

In 2019, Boseman came to then-Heinz Field to see a practice … and he and Smith-Schuster chatted it up before the receiver hit the gridiron.

Monday night’s game starts in about an hour and a half — and if Patrick Mahomes‘ trusty target ends up with something resembling a super performance … now ya know why!