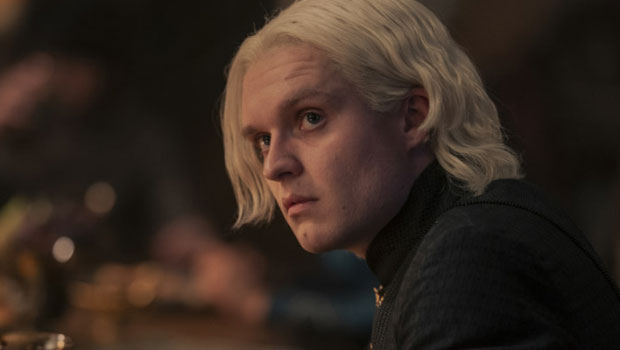 House of the Dragon is jumping forward in time yet again, and the series will introduce fans to the actors who will play Alicent Hightower, Rhaenyra Targaryen, and Daemon Targaryen’s kids from here on out. Tom Glynn-Carney will be assuming the key role of Prince Aegon Targaryen, Rhaenyra’s half-brother and her biggest challenge when it comes to the Iron Throne.

Tom has had notable roles before, but House of the Dragon will undeniably be his breakout moment. Aegon is about to step into center stage in a major way. HollywoodLife has rounded up everything you need to know about this 27-year-old rising star.

Tom’s first appearance in House of the Dragon is in episode 8. This will be the final significant time jump in the series. The younger version of Aegon, King Viserys and Alicent Hightower’s oldest son, was played by Ty Tennant. Viserys and Alicent’s kids are now being played by new actors: Ewan Mitchell as Aemond, Phia Saban as Helaena, and Tom as Aegon.

Tom admitted that the role of Aegon is a “much darker role” for him. “It’s a very, very complex character,” Tom told Wonderland magazine. “One minute we love him, the next we hate him, but I’m really enjoying that sort of back and forth aspect of the role. It’s a tricky thing to play, but it’s rewarding in so many ways.”

Tom is the lead singer in the band Sleep Walking Animals. His bandmates include Joe Etherington, Jack Brett, Alex Harford, Nuwan Hugh Perera, and Bill Caple. The bandmates were friends for years before they formed their band.

Ewan Mitchell: 5 Things To Know About The ‘House Of The Dragon’ Breakout Playing Adult Aemond

4. Tom is from Manchester.

Tom grew up in Manchester, England. He studied Musical Theatre at the Pendleton College of Performing Arts and then studied acting at the Guildhall School of Music and Drama. His first onscreen role was in two episodes of Casualty.

Tom opened up about why he needed a social media break when he returned to Instagram in May 2022. “Social media can be brilliant in so many ways, but to step away for a while and see the world through a different lens can bring it all into perspective. Simplicity in life is something I need. Whatever you need, take the time to find it. It’s good to turn the volume down sometimes. Let’s all be kind to ourselves and to one another,” he wrote on Instagram.