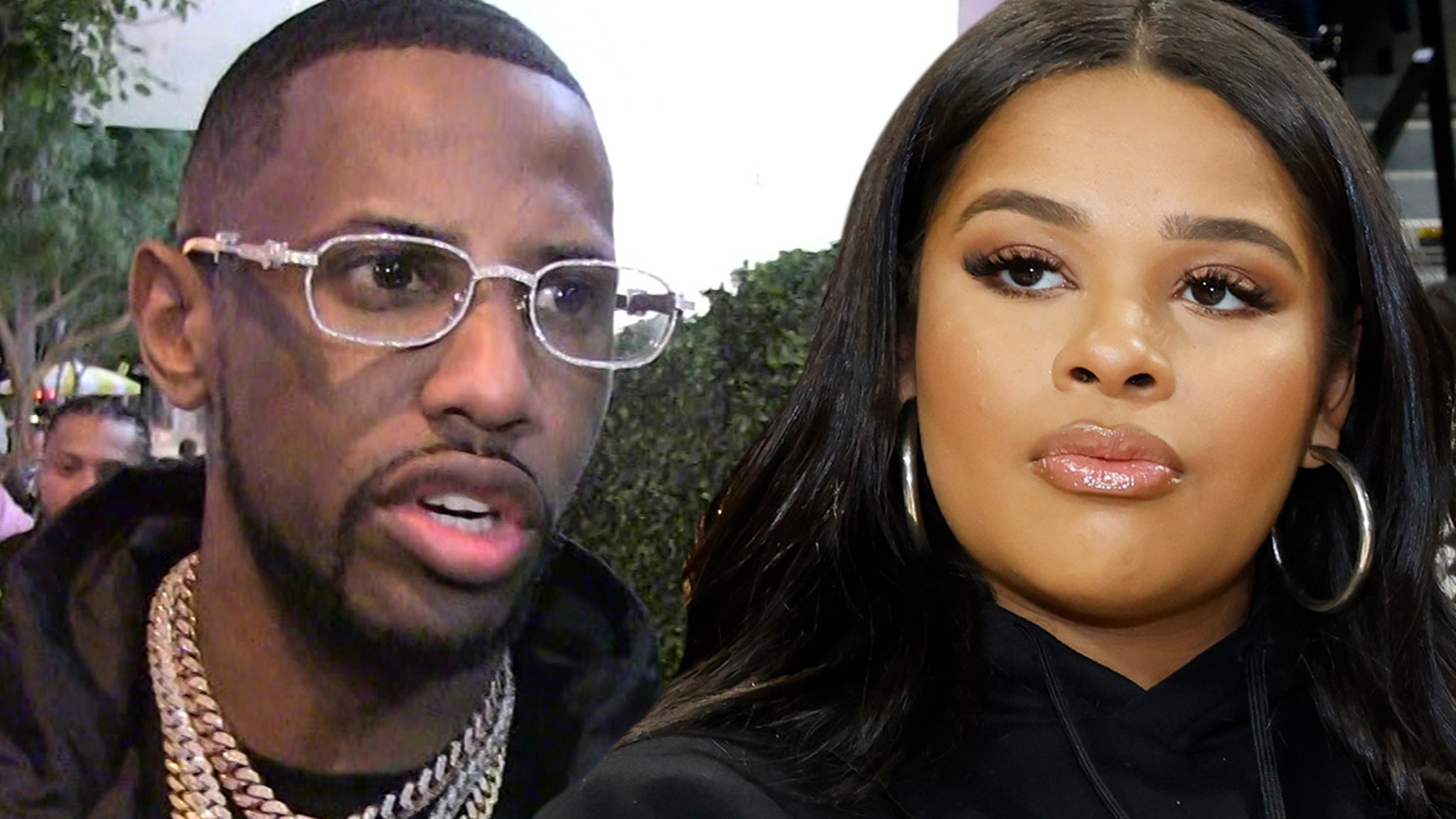 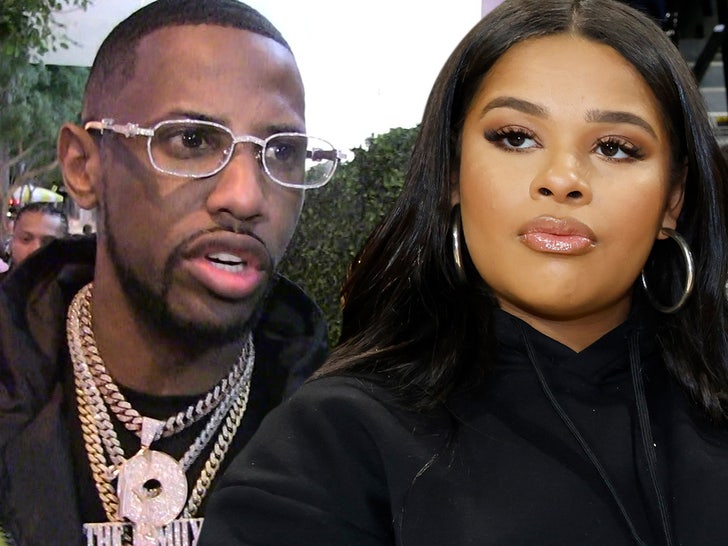 Fabolous wanted to wish his two-year-old daughter Journey a happy birthday … but was quickly met with opposition from his estranged stepdaughter Taina Williams.

Fab posted a fairly cryptic message on Instagram Monday to celebrate the child’s big day, speaking in codes about having faith while adding up her birthdates to establish symbolism for her life. 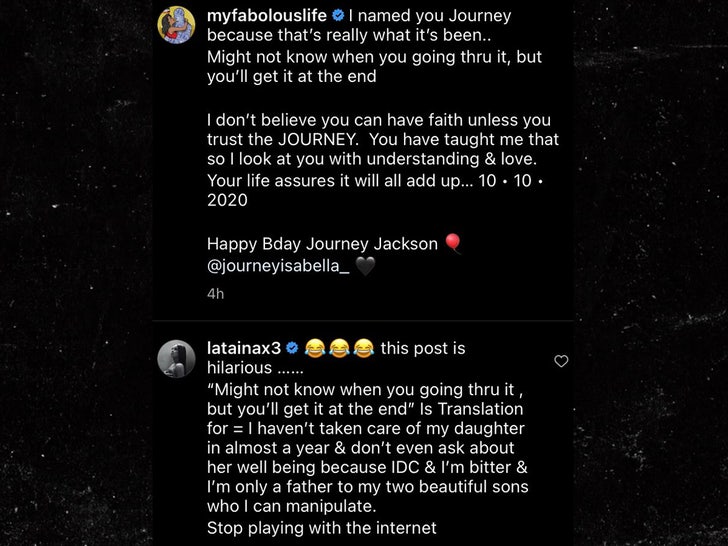 His original post got love from several of Fab’s rap friends such as Busta Rhymes, Jadakiss, Ludacris and more … but Taina would hear none of it and proceeded to scold him for allegedly being an absent daddy-o these last couple of years.

Fabolous and Emily B, Tania and Journey’s mother, ended their longtime relationship earlier this year after nearly four years of marriage …but according to Taina’s tea, he’s just gaslighting the situation and only keeps up his relationship with her brothers because the male-bonding is perfect for manipulation.

Fab and Emily infamously hit a rough patch in 2018 … when Fab was accused of knocking out two of her teeth during a dispute that brought both sides of the family.

The “Street Dreams” rapper was indicted by a grand jury on DV charges … but later struck a plea deal with Emily B and avoided jail time.