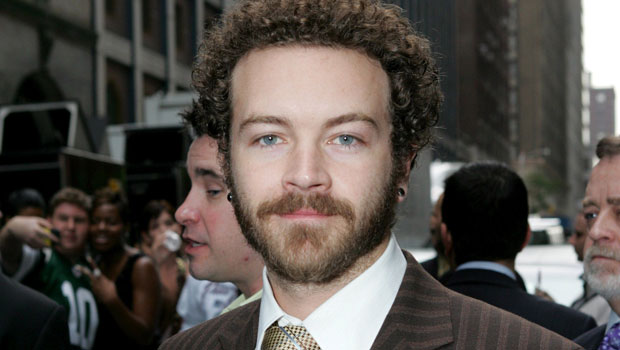 UPDATE 10/10/2022: The judge in Danny Masterson‘s rape trial mentioned Scientology at the pre-trial hearing. “This is not going to become a trial on Scientology,” Judge Charlaine Olmedo said, according to Variety. However, the judge has reportedly indicated that she’ll allow testimonies about Scientology, since Danny is a scientologist, and the three women he’s been accused of raping were members of the church. At the pre-trial hearing, Danny’s lawyer Sharon Appelbaum reportedly argued that the three accusers “formed a sisterhood” to take down Danny and Scientology. She also accused ex-Scientologist Leah Remini of being involved.

ORIGINAL STORY: Danny Masterson, 46, is set to stand trial on multiple rape charges. Jury selection begins Tuesday, October 11 and Danny is facing three charges of forcible rape and up to 45 years to life in prison. A California judge determined on May 21, 2021 that there was enough evidence given in a preliminary hearing for a trial to go ahead. The Los Angeles District Attorney’s office first announced in June 2020 that the actor had been charged with three counts of rape “by force or fear” in connection with incidents that allegedly occurred in 2001 and 2003. The charges stem from three separate alleged attacks involving different women. The actor has steadfastly denied the claims, and said that he looked forward to clearing his name. Danny faces 45 years to life in state prison if convicted on all charges. He was arrested by the LAPD at 11:30am on June 17, 2020. His bail was set $3.3 million, and a local L.A. news radio station reported that just a few hours later, he had already posted bond.

The rape allegations resurfaced in Dec. 2017 as the #MeToo movement was gaining momentum. A 23-year-old woman accused him of raping her in 2001, and a 28-year-old woman also made the same claim about a 2003 incident. Another 23-year-old woman also alleged that Danny raped her in the autumn of 2003. The Los Angeles Deputy D.A. confirmed in a statement to HollywoodLife.com that all of the alleged attacks occurred at Danny’s Hollywood Hills home. We’ve got five things to know about Danny below.

He played Steven Hyde for all eight seasons of the sitcom, which ran from 1998-2006. He became close personal friends with his male co-stars, Ashton Kutcher and Wilmer Valderrama.

2. Danny and Ashton worked together on Netflix’s ‘The Ranch’.

The pals joined forces beginning in 2016 on the comedy series, where Ashton played a semi-pro football player who returned to help run his family’s Colorado ranch. Danny played the character of Rooster Bennett. He was let go from The Ranch in Dec. 2017 due to the rape allegations against him. It was later explained that Rooster died in a freak motorcycle accident, as Danny’s character was written off the series.

3. Danny is a Scientologist.

He has practiced the religion based on late founder and science fiction writer L. Ron Hubbard‘s books since he was a teen. In a 2015 interview with Paper magazine, Danny explained, “In Scientology, there’s no belief system or anyone who’s worshipped or whatnot; it’s all sort of like college of the mind. And so I grew up not having to go and pray to anyone. I grew up just sort of like, ‘Oh, if you’re thirsty, drink water.’”

Tom Glynn-Carney: 5 Things To Know About The New Aegon In ‘House Of The Dragon’

4. Danny is married and has a daughter.

He began dating model and fellow Scientologist Bijou Phillips in 2005. She is the daughter of the late The Mamas and the Papas musician/songwriter John Phillips and actress Geneviève Waïte. The pair married in 20011 and welcomed their first and only child, daughter Fiona on Feb. 14, 2014. On June 12, 2020, Bijou shared an Instagram family photo showing Fiona in a cap and gown after graduating from kindergarten. The 40-year-old deleted her IG account on June 17, following the D.A.’s charges against Danny.

5. Danny has strongly denied the rape accusations against him.

Upon being let go from The Ranch in Dec. 2017, Danny released a statement that read: “From day one, I have denied the outrageous allegations against me. Law enforcement investigated these claims more than 15 years ago and determined them to be without merit. I have never been charged with a crime, let alone convicted of one.  In this country, you are presumed innocent until proven guilty. However, in the current climate, it seems as if you are presumed guilty the moment you are accused. I understand and look forward to clearing my name once and for all.”

On June 17, 2020, after the D.A.’s charges were announced, Danny’s attorney Thomas Mesereau released a statement to HollywoodLife.com that read: “Mr. Masterson is innocent, and we’re confident that he will be exonerated when all the evidence finally comes to light and witnesses have the opportunity to testify.

It continued, “Obviously, Mr. Masterson and his wife are in complete shock considering that these nearly 20-year old allegations are suddenly resulting in charges being filed, but they and their family are comforted knowing that ultimately the truth will come out. The people who know Mr. Masterson know his character and know the allegations to be false.”