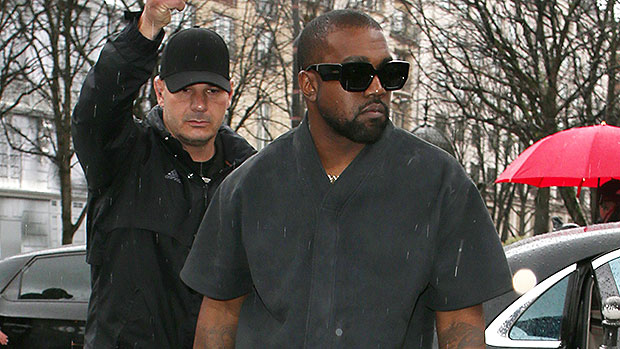 Kanye West’s Instagram account was restricted on Saturday, October 8 for violating the social media platform’s policies, according to The Hollywood Reporter. The Meta company not only put a restriction on the account — which prevents Kanye from posting, commenting or sending DMs — but they also deleted some of his recent posts, including a message criticized as using anti-Semitic language.

The Meta rep who spoke with the outlet didn’t specify which content was removed or how long the restriction would last. However, the decision came after Kanye shared a since-deleted post on Friday about an alleged exchange between him and Diddy that appeared to show Kanye claim Diddy was controlled by Jewish people, a reference to a long-standing anti-Semitic conspiracy theory. The message was captioned, “Jesus is Jew.”

Kanye appeared to hit back after the restriction was placed as he switched over to Twitter early Saturday — a platform he hasn’t used since 2020 — and dragged Meta’s owner, Mark Zuckerberg. Alongside a photo of Kanye hanging out with Mark, the rapper wrote, “Look at this Mark, how you gonna kick me off Instagram.”

Of course, the restriction may come as no surprise to fans as Kanye has been on one of his notorious social media tirades over the last few days. The “Famous” rapper defended his “White Lives Matter” shirt, took aim at Vogue editor Gabriella-Karefa Johnson for criticizing the shirts, slammed Gigi Hadid and Hailey Baldwin for defending Gabriella and threw a few more of his friends under the bus.

During many of his rants, Kanye continued the narrative that he is kept from his four kids he shares with his ex Kim Kardashian, as he once again claimed that he wasn’t allowed to know the location of their daughter Chicago’s birthday party.

While we may never know if Kanye’s personal attacks were part of the reason for the restriction, it definitely didn’t help his cause. And this isn’t the first time the “Famous” rapper has been in hot water with Instagram for his postings. In March, Kanye’s account was suspended for a full 24-hours after he made a slur aimed at The Daily Show host Trevor Noah.