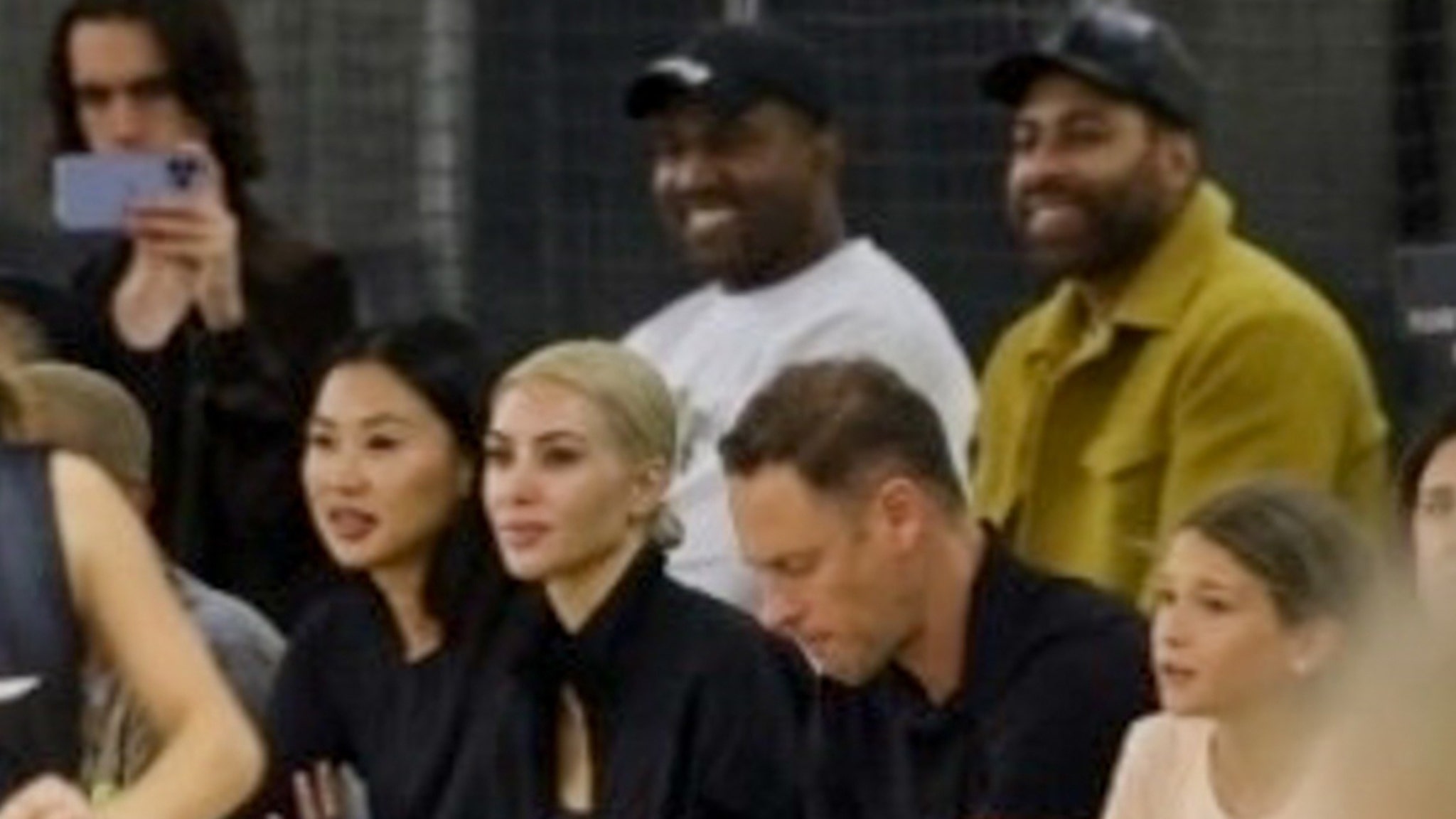 The controversial long-sleeve was on display Friday night while North played in Thousand Oaks with other kids — plus, a bunch of parents on hand to watch. Ye was rocking it proudly, and he was within arms reach of the mother of his children too. 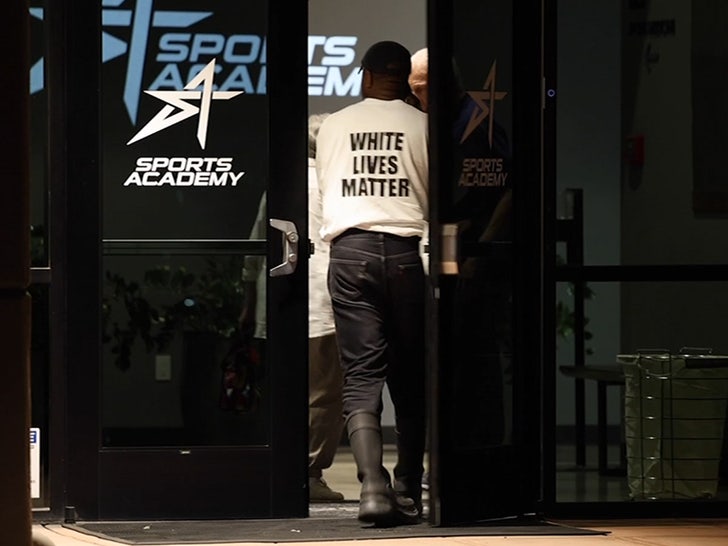 Kim doesn’t appear to acknowledge him in the photos, and eyewitnesses say she never turned to look in his direction either while they were both there. We’re also told KW had a cameraman with him who looked busy. No word of any trouble due to his wardrobe choice.

What we do know … Kim completely avoided him outside of this seating arrangement. We’re told she actually moved her car to the opposite side of the building once he rolled up … in order to avoid any run-ins afterward. Indeed, her focus was all on North for this outing. 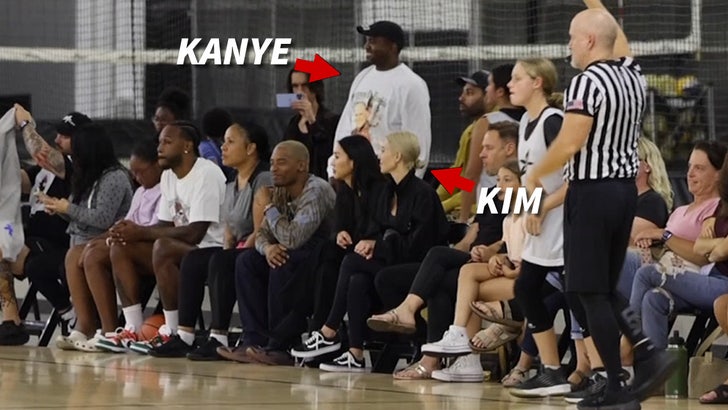 It’s interesting … Ye seemed pretty animated here, and he wasn’t trying to hide what he was wearing either. If anything, you could argue he was trying to draw attention to himself.

He’s obviously sticking to his guns on this — remember, he first trotted out the ‘WLM’ shirt earlier in the week during a fashion show … and after a lot of criticism, he doubled and then tripled down online. Eventually, he went on Tucker Carlson‘s show to try and explain. 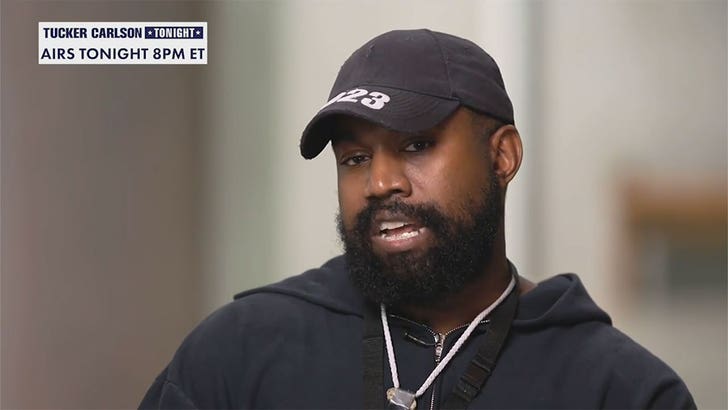 Even at this point, though, Kanye’s rationale behind the move isn’t all that clear. He did say he thought Black Lives Matter was a scam, but aside from that — he hasn’t thoughtfully laid out his position … although he has thoroughly described the backlash coming his way.