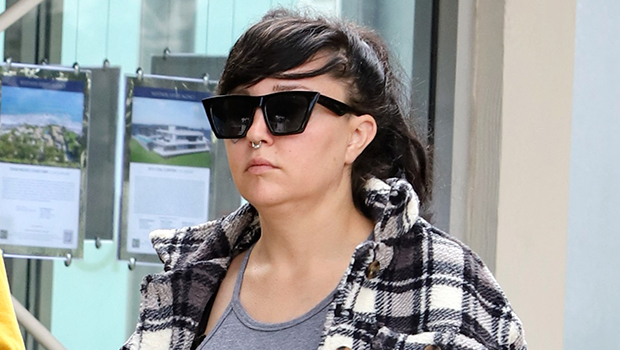 Amanda Bynes is shifting her focus on a whole new career. The Hairspray star, 36, took to her Instagram Stories on October 7 and revealed that she’s currently enrolled in cosmetology school in order to “become a manicurist!”

The award-winning actress shared the exciting news with her social media followers. She posted a short clip while attending class alongside several other students. Amanda was dressed in a casual fitting black t-shirt with matching black leggings. Her brunette tresses were swept back in a high ponytail and she opted for minimal makeup with a hint of dark eyeliner.

The She’s The Man star gave followers a glimpse into her classroom and the latest project she’s been working on, a pair of black and silver sparkling glitter acrylic nails. The classroom was set up like a typical nail salon, as all the students busily worked on their nail art.

Amanda rarely posts on social media so fans were elated to see her working on a new passion project. “Amanda Bynes is becoming a manicurist…imagine having Amanda f***ing Bynes doing ur nails. legendary! [sic]” one fan responded. “Proud of you Amanda Bynes!” another wrote on Twitter. “Amanda Bynes living life and we’re going to support her with love,” one follower commented.

Meanwhile, Amanda revealed her new venture less than three months after calling off her engagement to Paul Michael. As we previously reported, the pair, who had been dating since 2019, decided to end things completely at the end of July. That came just two weeks after news that the couple broke off their engagement for a second time after their initial decision to do so “sometime in 2021”.

Amanda and Paul remained committed to each other following their first canceled engagement, seemingly looking to smooth things over. This time, however, it looks like the relationship is over for good. Amanda hasn’t posted any photos of the couple and they have not been photographed together since.

Although it looks like Amanda is done with acting, back in March Amanda’s attorney, David A. Esquibias, said, “I have not heard her say that she’s interested in returning to becoming an actress, but I wouldn’t rule that out. She has a new life ahead of her, and she is so young… She was a great actress. I’m sure many people would love to see her return to acting.”