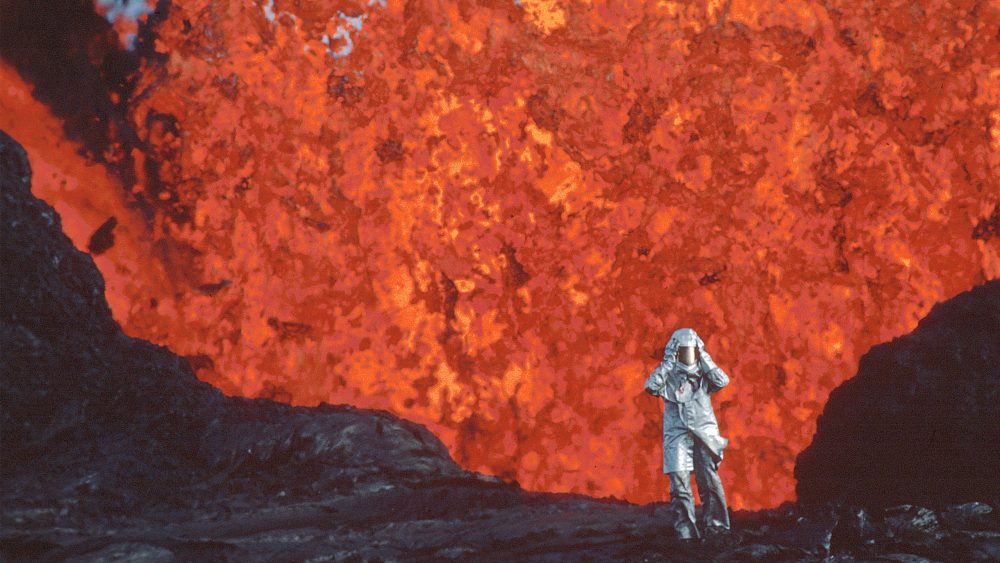 EXCLUSIVE: One of the most honored documentaries of the year is heading to the very big screen.

National Geographic Documentary Films and Neon announced today they are bringing Fire of Love to select Imax locations on October 16 and 17, including New York, Los Angeles, San Francisco, Boston, Chicago, and Washington D.C. The film, directed by Sara Dosa, explores the story of research scientists Katia and Maurice Krafft, a French couple who devoted their lives to studying active volcanoes. They captured awe-inspiring footage of volcanic eruptions in the 1970s and ‘80s, spectacular imagery that seems ideally suited for Imax exhibition.

“Katia and Maurice Krafft loved two things — each other and volcanoes,” a description of the film notes. “For two decades, the daring French volcanologist couple roamed the planet, chasing eruptions and documenting their discoveries. Ultimately, they lost their lives in a 1991 volcanic explosion, leaving a legacy that forever enriched our knowledge of the natural world… Fire of Love tells a story of primordial creation and destruction, following two bold explorers as they venture into the unknown, all for the sake of love.”

What Jacques Cousteau did for the oceans, the Kraffts did for volcanoes – becoming famous for sharing their enthusiasm and scientific insight into nature’s stunning power. Katia took impressive still photos and wrote books on volcanoes, while Maurice concentrated on making documentaries; they appeared together frequently on television, speaking about their findings.

“They delighted in the photography and very much embraced their role as artists and also kind of public intellectuals who were science communicators in a way,” Dosa said in an interview with Deadline. “They were able to tap into that savviness, that performativity… to connect audiences with their bigger missions.”

Fire of Love, narrated by filmmaker and actor Miranda July, has made over $1.5 million in theaters worldwide, a total that will rise with the Imax play dates. It is the second highest-grossing nonfiction film at the box office this year, behind only Moonage Daydream.

“It’s incredible. None of us ever expected anything like this to happen,” producer and co-writer Shane Boris said of Fire of Love’s box office success. “We made this sort of collage film in a house all together, ordering take out — that kind of vibe. To have it reach the world and more importantly touch this amount of people, I think is a dream come true for us.”

The filmmakers will be participating in Q&As following several of the Imax screenings: