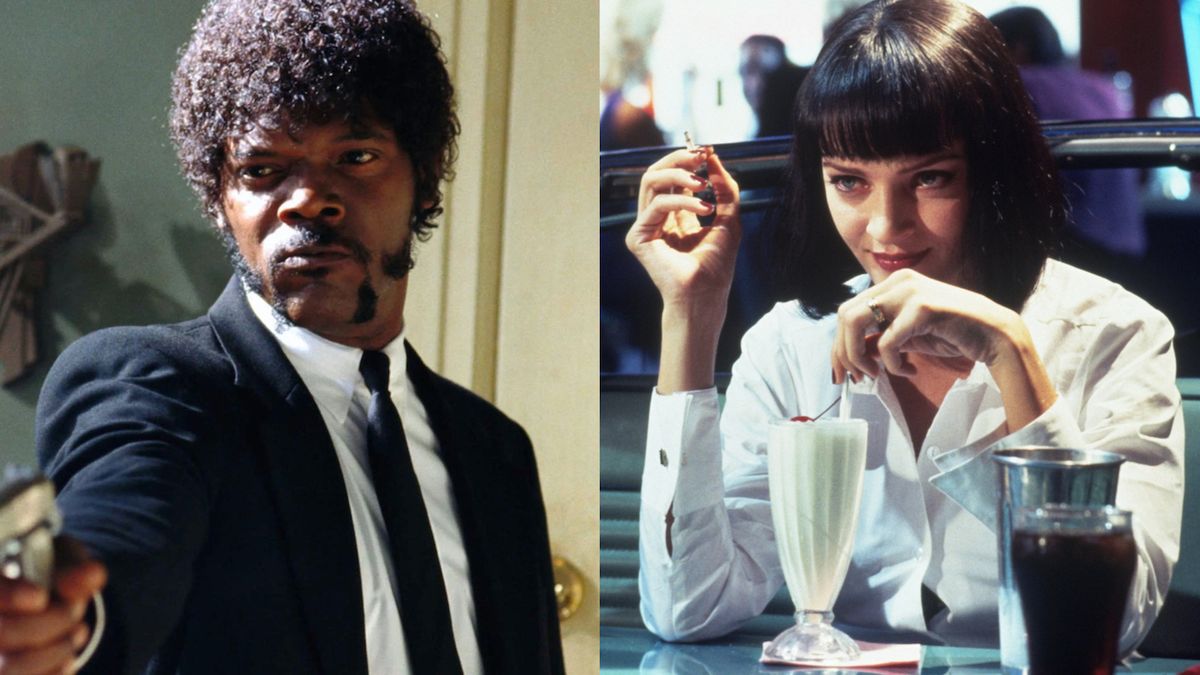 In 1994, two years after Quentin Tarantino made his filmmaking debut with Reservoir Dogs, the writer/director delivered an even bigger hit to the masses with Pulp Fiction. Among the movie’s starring actors were Samuel L. Jackson and Uma Thurman, who respectively played Jules Winnfield and Mia Wallace. Nearly three decades after Pulp Fiction’s release, these two actors recently reunited with each other backstage at a Broadway production.

Samuel L. Jackson and Uma Thurman met up with one another at the Broadway revival of August Wilson’s The Piano Lesson, which is currently in previews showings at the Barrymore Theatre. Jackson is starring in the play alongside John David Washington and Danielle Brooks, and Jackson’s wife,  LaTanya Richardson Jackson, is directing. Naturally this reunion didn’t go unnoticed by people nearby, so check out the photo that was snapped of the two actors hanging out on a staircase backstage.

This reunion follows over half a year after Samuel L. Jackson and Uma Thurman presented the Best Actor Oscar at the 94th Academy Awards together with John Travolta, who played Vincent Vega in Pulp Fiction. While it’s nice to see Jackson and Thurman paired together again, it is worth noting that the two of them never shared any actual screen time together in Quentin Tarantino’s sophomore film outing. They were strictly tied together through Vincent Vega, who was tasked by his and Jules’ boss, Ving Rhames’ Marsellus Wallace, to look after his wife while he was away.

Whether or not you agree that Pulp Fiction ranks high among Quentin Tarantino’s movies, if not belongs at the top of the list, there’s no question that the 1994 flick is one of the standouts on Samuel L. Jackson and Uma Thurman’s respective resumes. This wouldn’t be the last time either of them worked with Tarantino too. Thurman memorably played The Bride in the Kill Bill movies (which she found gratifying), and Samuel L. Jackson appeared in Jackie Brown, Kill Bill: Volume 2, Django Unchained and The Hateful Eight, as well as narrated Inglorious Basterds.

For those of you who were jazzed about seeing Samuel L. Jackson and Uma Thurman together in the real world, good news, it’ll be happening on screen in the near future! The actors are appearing in the upcoming movie The Kill Room, which also stars Stranger Things’ Maya Hawke, Thurman’s daughter with Ethan Hawke. Nicol Paone directed the feature and Jonathan Jacobson wrote the script, but there’s no word yet on when The Kill Room will specifically be released.

If you’re now in the mood to watch Pulp Fiction, you can stream it with an HBO Max subscription. Disney+ subscribers can stream Uma Thurman’s latest film appearance, Hollywood Stargirl, and Samuel L. Jackson can be heard voicing Jimbo in Paws of Fury: The Legend of Hank. As for Quentin Tarantino, he hasn’t revealed yet what his 10th and final movie will be about, although the filmmaker did rule out it covering his own life.