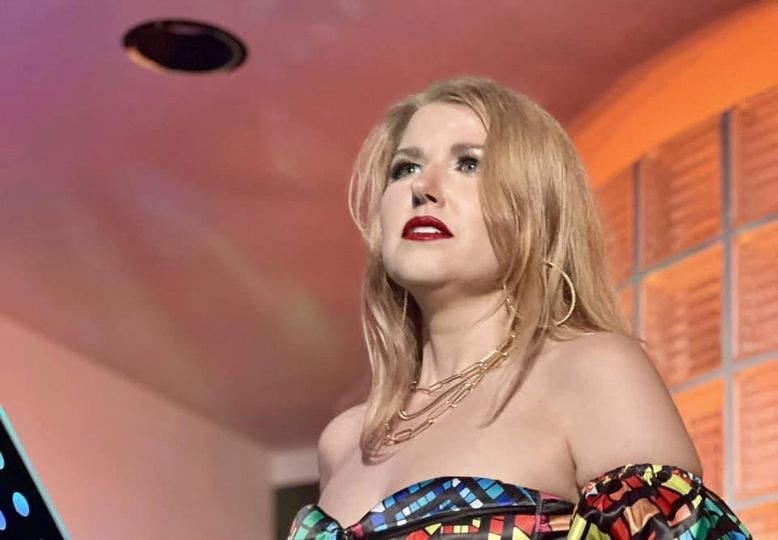 Angela Hench hasn’t allowed her day job as a nanny in the Greater Detroit area to throw a wet blanket over her dreams. The spectacularly talented opera singer seized upon the bold idea of revisiting Montserrat Caballé’s famed collaboration with rock vocal giant Freddie Mercury for the unexpected 1987 hit “Barcelona”.

The composition and recording of the original took place under a very specific context so covering the song, in some ways, seems odd. Markel and Hench aren’t submitting their performance for impending Olympic consideration as Mercury and Montserrat Caballé did for the 1992 Games in Barcelona, Spain, though the single is under consideration for a Grammy nomination.

It deserves more than a nomination. Hench’s performance alone will sweep aside any misgivings you might have as her towering soprano cuts across time and individual differences to give audiences an alternative interpretation of the song. It’s one that the great Montserrat Caballé herself would have likely celebrated and maybe, even envied. Hench, freed from the academic restraints often imposed on older opera singers, has elements of the show woman in her voice without ever cheapening the performance.

Markel doesn’t try putting their talents against Mercury’s and nor should you. The onetime lead singer for the progressive band Altered States makes a great duet partner for Hench for a variety of reasons, the tones of their voices are complementary, and Markel seems to feed off Hench’s performance driving their own vocal to new and compelling heights. They are quite a pairing.

The pairing comes alive onscreen as well. Hench has released a video for the performance that definitely bedazzles you with its visual flair but it’s substantive as well. The polish and coherence of the video is obvious on first viewing and invite you to come back for more. It highlights Hench’s collaborative nature that she works so well with Markel, video directors Robert Stuvland and Amy Stuvland Parks, as well as producer Dick Williams. She’s committed to getting the best performance out there rather than any other agenda.

Opera is accessible in the hands of someone such as this. The Michigan-born talent cites Ru Paul and Rizzo as unlikely sources of artistic inspiration so it is apparent that she isn’t approaching the art of singing opera as her predecessors did. Hench, nonetheless, is in clear command of the necessary fundamentals for excelling at the style and transforms them for modern audiences through the sheer force of personality.

“Barcelona” gives us a healthy dose of that and there’s surely more to follow. Perhaps she might flounder in her efforts to bring opera to a wider audience, perhaps she might be a transformational figure for the style, but one thing she isn’t and will never be is easily ignored. The talent on display during “Barcelona” is explosive and sears itself into you. Angela Hench is a ferocious reminder of how a vocalist can be a force of nature without ever seeming remote or alien to our musical experience and she delivers a tremendous performance with Gregory Markel.