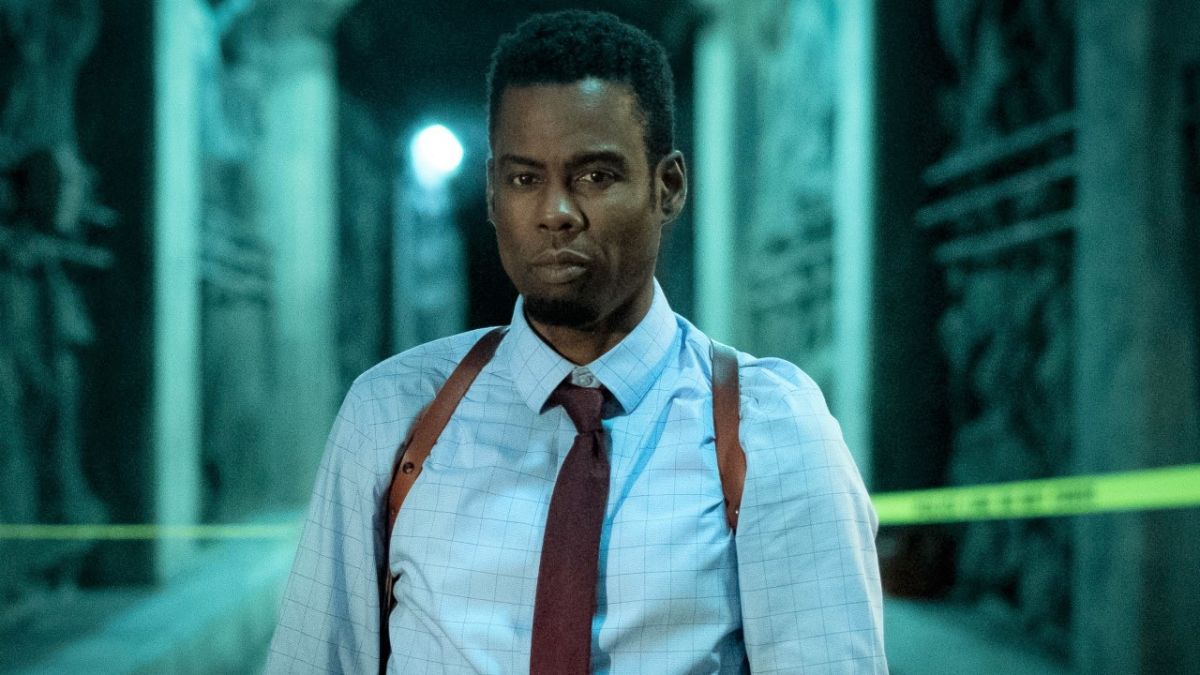 Chris Rock has gotten a lot of attention in the last few months following the incident that happened with Will Smith at the 2022 Oscars, but one thing he probably didn’t expect to get was an invite to host the next Academy Awards ceremony. That is apparently a thing that really happened, however, and now the comedian is joking about it in his stand-up.

News of this development has been reported by the Arizona Republic (opens in new tab) (via The Hollywood Reporter), which says that Chris Rock referenced getting invited to host the 2023 Oscars during a set at Arizona Financial Theatre in downtown Phoenix on Sunday night. It was an invitation that Rock refused, and – like his G.I. Jane joke – he used a reference from the 1990s to illustrate his perspective.

Rock likened the idea of hosting the 2023 Oscars to a victim being invited back to the scene of a crime, with specific mention of the murder trial of O.J. Simpson. A notable detail in that case was a pair of glasses that were left at an Italian restaurant prior to the homicide, and Chris Rock reportedly compared MCing the Academy Awards to “[asking Nicole Brown Simpson] to go back to the restaurant.”

It’s not exactly surprising to hear about Chris Rock addressing the aftermath of Will Smith’s slap in his stand-up, as that’s something that he has been doing for months. During the summer he basically invented his own version of “sticks and stones may break by bones, but words will never hurt me” – highlighting a line between emotional and physical attacks:

More recently, Chris Rock used his time on a stage to address the apology that Will Smith issued to the public back in July. The comedian was performing in Atlanta at the time, and during a set he made what was read as a sly reference to Smith portraying himself as a victim – while also noting how he personally bounced back from the slap at the 2022 Oscars. Said Rock,

It definitely doesn’t sound like Chris Rock is planning to attend the 2023 Academy Awards let alone host the event – and Will Smith most definitely won’t be there either. Smith resigned from the Academy in early April, and almost immediately after it was announced by the Academy of Motion Picture Arts and Sciences that the King Richard star would be banned from attending future events for a period of 10 years.

It has been announced that the 2023 Oscars – a.k.a. the 95th Academy Awards, will take place at the Dolby Theatre in Los Angeles on March 12, 2023. To get a look at all of the big movies that are set to come out during award season, and thus compete for the show’s top prize, check out our 2022 Movie Release Calendar.

Pierce Brosnan Shares His Blunt Thoughts On The Latest James Bond Movies And The Future Of The Franchise
Reba McEntire’s Kids: Everything to Know About Her Son & Stepkids
Interview With the Vampire Review: AMC’s Bloody, Campy Anne Rice Adaptation Goes Grandly Over the Top
15 Of The Best Water Shoes For Men To Take You Everywhere You Need To Go (Updated 2022)
New ‘Scorn’ Gameplay Video Is a Giger Fan’s Delight [Video]