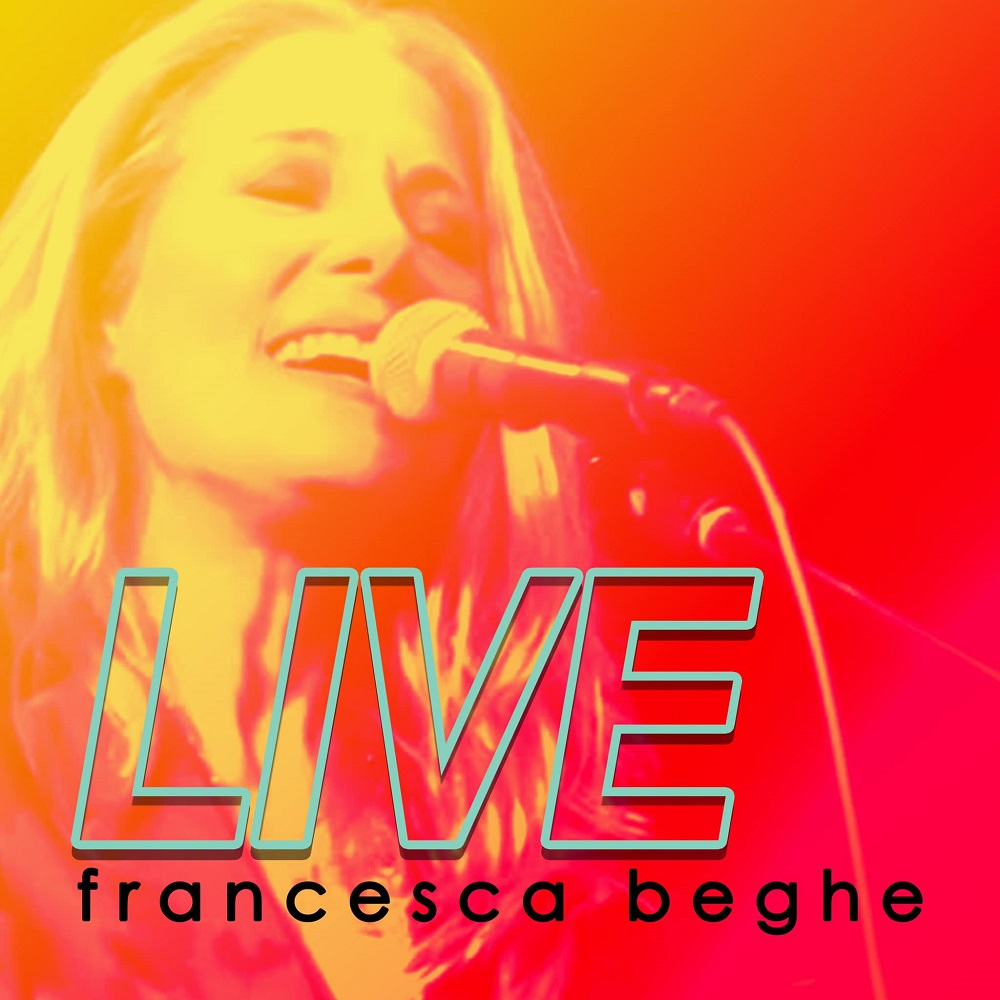 It’s been a long time since I’ve heard a live album, much less reviewed one. The mainstay of 1970s rock hasn’t enjoyed the same commercial and artistic cachet for well over three decades but, in its finest form, you can hear the reasoning that drives such releases. It captures a moment in time, a live performance, and all the transformative qualities that the best concerts can exert on the original material. Francesca Beghe Live certainly elevates already fine songs. It does even more than that, however.

It heralds a return to form for Francesca Beghe, a seasoned vocalist and songwriter who has enjoyed considerable success over the years. Her peak commercial period came, without a doubt, during the early 1990s with her song “Trust in Me” appearing, courtesy of a Joe Cocker cover, on The Bodyguard soundtrack, the best-selling film soundtrack of all time. It’s one of her many solo releases and songs that have garnered critical and public notice.

The live album assembles a fourteen-song collection from her three live appearances during 2019 and 2020. There will be more to come from her in the near future, but these songs announce a ferocious and impassioned re-emergence of an artist with everything left to say and nothing left to prove. The confidence apparent in the album’s opening track “Enlightenment” won me over immediately. It’s easy-going without ever being strident and embraces the stylishness of the track. It’s never hackneyed, however.

This approach continues in the originals as well. She forsakes the self-reflection of Van Morrison’s “Enlightenment” in favor of the plain-spoken life experience of “No Use Talkin’”. Keyboards of various types and piano make a deep impact on the album’s songs and that’s true here. The guitar doesn’t always take a lead role in Beghe’s songs, it’s a refreshing change in some ways, but the songs where it makes a larger contribution are among the album’s best. It works to a satisfying effect here.

The slow and steady emotional climb of “Send Down the Sunshine” culminates with impressive yet always musical authority. It bears mentioning that much of the power heard in individual songs on this release is thanks not only to Beghe’s singing but the combination of well-tailored backing vocals complimenting her voice. “Send Down the Thunder” is a great example of that. The later track “Requiem” moved me. It’s a song she obviously invests herself in a little more so than the album’s other already fine performances and the vocal melody stands out. It’s notable, as well, how Beghle prevents the track from ever sinking too deep into melancholy.

The closer “People Have the Power” is a powerhouse closer for both the show and album. She calls upon Patti Smith’s songwriting with this cover and I’m sure the New Jersey-born legend would approve of this rousing finale. This is a live album that packs a wallop from its first track through the last; it is almost mind-blowing to imagine how much more impressive this was to witness and hear firsthand.

“Will Humility Have Set In?” Media Moguls Return to Sun Valley Under Darkening Financial Skies
Landon Barker & Charli D’Amelio Have ‘Strong Feelings’ For Each Other: He’s Always Had A ‘Crush’
Chris Rock & Lake Bell Fuel Dating Rumors With Dinner Outing In L.A.
Disney Star Adam Hicks Out on Parole After Doing Time for Robbery
Travis Scott Stops Show To Call Out Fans Dangerously Acting Up 8 Months After Deaths At Astroworld