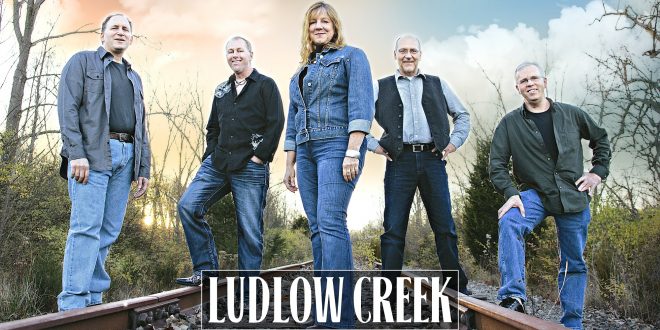 I always frown or grumble a little when I read some supposedly sage article about how hip-hop and pop have likely displaced rock’s cultural currency. They say no one under the age of thirty-five cares about three chords and the truth, the style long ago succumbed to its artistic limitations, there are no rock stars left, and so on.

The central flaw, among many, behind this reasoning, is that it measures rock’s relevance by money alone. People predicted television and films would kill the novel dead, but it remains. It remains, in large part, because it retains appeal as a vehicle for people with “something to say” to convey their message in an immediate and universally accepted way. The allure of such a vehicle is considerable.

There’s no doubt that Ludlow Creek shares similar motivations for songwriting. The eight songs included on the band’s debut release Hands of Time began life as songs for their second album under the name Southbound. The members decided to change their name but retained the material for this first studio effort. It is a wise move.

“Instant Replay” has an opening with faint echoes of Georgia Satellites’ “Keep Your Hands to Yourself” in its riff. It’s sans any Southern rock raunch and far from a direct cop. Being reminded of such iconic tracks, however, testifies to the immediate timeless quality of the streamlined and fleet-footed groove they latch onto with this track. The lead vocal has plenty of brio without ever sounding too raucous.

“Nine Mile Road” is full of Midwestern hard luck and concrete images certain to connect with the band’s audience. It sounds lived rather than imagined; the lyrics unfold without ever sounding forced. The song’s opening fanfare is especially memorable thanks to keyboardist Michelle Scarpelli’s contributions. Eloquent lead guitar and Jeffery Friend’s five-star pocket drumming are the driving forces behind “When I’m With You”. There are light, almost imperceptible jazz inflections flavoring the song, but it lands much closer to a classic country-rock sound. It boasts one of the album’s best vocal arrangements.

Many will be carried away by the melodic and striding lead guitar beginning the title song. Ludlow Creek returns to the style of the album opener without jacking up the tempo and introducing unexpected shifts of light and shadow largely unheard in earlier cuts. It is one of the album’s songs the five-piece can hold their heads highest over; it shows the results of the many years they’ve played and written together under any name.

The amiable country-rock of “She’s My Baby” may initially seem like a bit of harmless fluff or filler. Others may hear it as an inoffensive CSN or Eagles pastiche. It isn’t either. Ludlow Creek shows listeners a surprising array of faces over the course of a short full-length album, and this is one that will win them casual and hardcore converts alike. “Freedom Blues” is a surprising multi-part song ending Hands of Time. It’s a 180-degree turn from the arch-traditionalism of the earlier song and the all-around dazzling playing is highlighted, in particular, by drummer Jeffery Friend. His ability to hold this track together is necessary for its success. This band is at home with surprising listeners and it’s one of many traits that will keep me coming back for more.