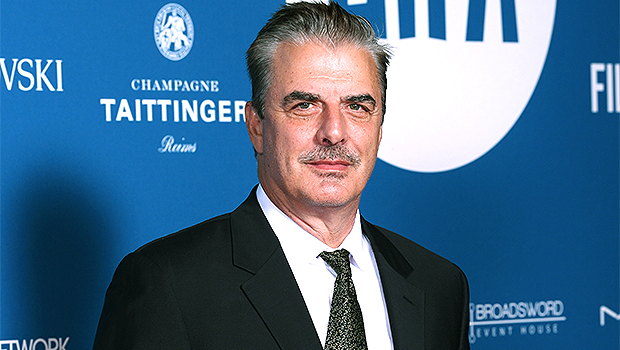 Chris Noth, a.k.a. Big from ‘Sex and the City’, defended Sarah Jessica Parker in a new interview and gave his take on her infamous feud with Kim Cattrall.

Sex and the City actor Chris Noth has finally addressed one of Hollywood’s most infamous feuds: Sarah Jessica Parker vs. Kim Cattrall. The former co-stars have been at odds for years, to the point that Kim, 65, decided not to join the Sex and the City revival series And Just Like That, which premieres on Dec. 9 on HBO Max. Chris, 67, who is reprising his role as Big, lover of SJP’s Carrie Bradshaw, told The Guardian in an interview published Monday, December 6 that he’s unsure why Kim isn’t reuniting with the gang to play Samantha Jones once more.

“I have to tell you, I have absolutely no idea what her thinking is, or her emotions,” Chris told the publication. “I do know that I’m very close with SJ and [Kim’s] descriptions of her don’t even come close. I liked her, I thought she was marvellous in the show and some people move on for their own reasons. I don’t know what hers were. I just wish that whole thing had never happened because it was sad and uncomfortable.” Chris was also asked if Kim’s drama with SJP and absence from the revival series made things awkward for the cast, which also includes Kristin Davis and Cynthia Nixon back as Charlotte and Miranda, respectively. “I just don’t like to see anyone talking down about SJ because she’s a target and people can be nasty,” he explained. “I feel very protective of her and I was not happy about that. That’s all I’ll say about that.”

SJP and Kim’s feud has been going on for years. Kim publicly slammed her former co-star in interviews before, and even said that they were “never friends.” Sarah, for her part, has denied that the pair ever got into it. “I would like to remind everyone that there was no catfight,” the actress previously told Vulture. “I have never uttered an unkind, unsupportive, unfriendly word, so I would love to redefine it. I also want to remind everybody that there were four women on set and I spent equal time with all of them, so this was not a set with two women who didn’t get along. I’ve always held Kim’s work in high regard and was always appreciative of her contributions.”

In January 2021, SJP weighed in about Samantha’s absence on Instagram after And Just Like That was officially announced without Kim. A fan commented that Sarah and Kim “dislike” each other, but Sarah responded, “No. I don’t dislike her. I’ve never said that. Never would. Samantha isn’t part of this story. But she will always be part of us. No matter where we are or what we do.”

And Just Like will be starring Chris, Sarah, Kristin, and Cynthia, as well as fan-faves like Mario Cantone, David Eigenberg, Evan Handler, and the late Willie Garson. Newcomers will include Sara Ramírez, Karen Pittman, and Isaac Cole Powell.