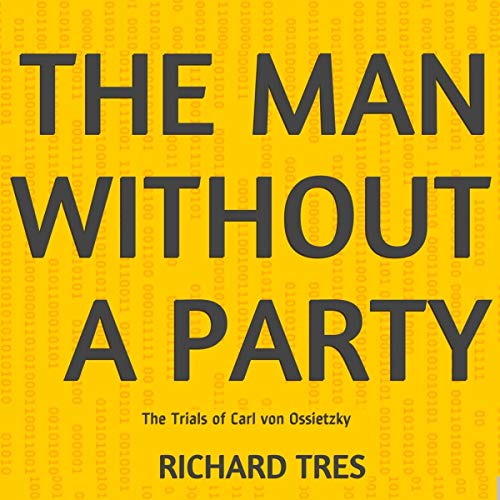 The Kaiser fined him for his writings; he refused to pay. The Weimar Republic charged him with treason for publishing the truth about their illegal military build-up. He fought them in court and went to prison. In early 1933, when Hitler took power, journalist Carl von Ossietzky was one of the first to get thrown into the new concentration camps.

In order to get him out of Germany, Ossietzky’s friends nominated him for the Nobel Peace Prize. Never thinking he would win, they hoped to create enough international uproar to force Hitler to free the journalist he was torturing.
Ossietzky won the Nobel Peace Prize for 1935. But Hitler still would not let his captive go.

This is Carl von Ossietzky’s story.

Beacon Audiobooks has just released “The Man Without A Party: The Trials of Carl von Ossietzky” written by author Richard Tres and narrated by Jennifer King.

The official website for Beacon Audiobooks may be found at http://www.beaconaudiobooks.com