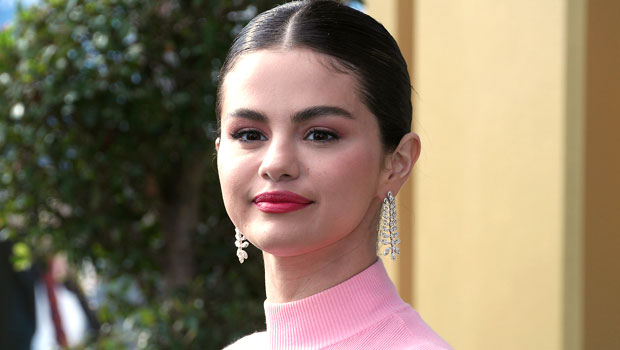 Don’t mess with the Selenators! Selena Gomez’s fans took to social media to express their outrage at a joke pertaining to her health.

UPDATE (11/28/2020 @ 6:15 p.m. EST): NBC’s Peacock and executive producers have since issued an apology about the episode.“We apologize. It was never our intention to make light of Selena’s health,” the statement, emailed to HollywoodLife, read. The streamer and the producers are also making a donation to the Disney alum’s charity. “We have been in touch with her team and will be making a donation to her charity, The Selena Gomez Fund for Lupus Research at USC,” they added.

Selena Gomez, 28, has a dedicated and loyal fanbase. The “Selenators” weren’t very happy that their queen was mocked in an episode of the Saved By The Bell reboot on Peacock, and quickly made the phrase “Respect Selena Gomez” trend on Twitter. The joke specifically referenced Selena’s life-saving kidney transplant, which was donated by her close friend Francia Raisa, 32, back in 2017. Selena required the surgery due to complications from Lupus, which she was diagnosed with in 2015.

In a scene from Saved By The Bell, which began streaming on Nov. 25, two students are seen discussing Selena’s scary surgery. “I know for a fact that Selena Gomez‘s kidney donor was Justin Bieber‘s mom. God, I wish that I had my phone so that I could prove it,” one says, referencing both Sel’s ex-boyfriend Justin, 26, and his mother Pattie Mallette, 45. “Prove what? That you’re an idiot? It was Demi Lovato‘s kidney. They’re best friends, like you and I were,” a second student retorts, name-dropping Selena’s childhood BFF. The question “Does Selena Gomez even have a kidney” can also be seem spray painted in a wall on another scene.

Given Selena’s physical and mental health challenges, her fans took offense to the sitcom’s joke. “RESPECT SELENA GOMEZ…It’s NOT funny to mock someone for their illness!” one person tweeted, including a side-by-side shot of Selena and Francia in hospital beds following the transplant. “What is wrong with people? Making ‘jokes’ about someone’s disease is not funny, it’s incredibly disrespectful!! She’s been through hell and she’s finally in a good and happy place in her life. RESPECT SELENA GOMEZ,” a second shared. “Saved by the Bell, that’s disgusting. Selena almost lost her life, jokes about her kidney transplant is NOT FUNNY. Respect Selena Gomez,” another fan posted on Twitter, including a scene from the show where the jokes were made.

The 28-year-old has been vocal about her struggles with lupus, discussing her transplant in an emotional 2017 interview with The Today Show. “I just really hope we can help somebody. I really do. I don’t think what we went through was easy, I don’t think this was fun,” she said through tears to host Savannah Guthrie. Selena was diagnosed with the autoimmune disease in 2012, which caused her to experience arthritis. Her surgery came weeks before she would require painful dialysis. “My kidneys were just done,” the Rare Beauty founder also said.

“At the end of the day all of the stuff I went through defined me. It’s a really beautiful thing. It’s not a negative experience,” Selena went on with Francia by her side throughout the conversation. In both Francia and Selena’s Instagram photos, scars from their surgeries can still be seen.