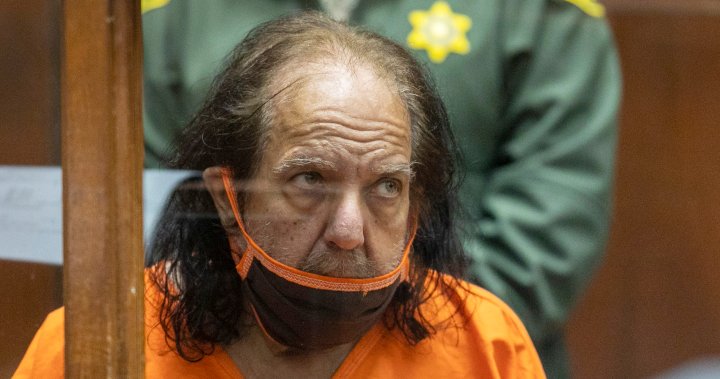 Warning: This article contains sexually explicit language and may be disturbing for some readers. Please read at your own discretion.

As reported by the LA Times, Jeremy now faces a total of 28 counts of sexual violence involving 17 different women, following a barrage of new reports from dozens of alleged victims following the announcement of his initial charges.

Jeremy, 67, pleaded not guilty to the initial allegations that he sexually assaulted four women in West Hollywood between 2014 and 2019. He has not yet entered a plea on the new charges.

The June charges — which include sexual battery and forcible oral copulation — were confirmed by Los Angeles County District Attorney Jackie Lacey in an official press release.

His most recent alleged crime took place on Jan. 1, 2020, when Jeremy allegedly sexually assaulted a 21-year-old woman in Hollywood. The accusers range in age from 15 to 54 years.

Read more:
Karl Urban and ‘The Boys’ cast on white supremacy in a ‘diabolical’ Season 2

In 2017, Jeremy responded to a report from Rolling Stone which detailed a myriad of other sexual misconduct allegations pitted against him from more than a dozen women — some of whom also worked alongside him in the adult film industry.

Speaking with Rolling Stone, Jeremy denied all of the allegations.

“These allegations are pure lies or buyers remorse. I have never raped anyone,” he told the outlet.

Dante Rusciolelli, the owner of the Golden Artists Entertainment talent agency, told Global News that Jeremy had “showed us proof against the allegations” reported by Rolling Stone in 2017.

He said: “When Rolling Stone charged Ron with being in the Me Too movement, he showed us proof against the allegations.”

“At the time, the police and District Attorneys backed Ron up,” Rusciolelli added. “He had never spent a day in court or in jail.”

Jeremy was once managed by Golden Artists Entertainment, but he was dropped from the agency once charged in June. Following the 2017 accusations, Jeremy’s career took a sharp dive and never recovered.

In response to the initial charges, Jeremy took to Twitter claiming his innocence.

I am innocent of all charges. I can’t wait to prove my innocence in court! Thank you to everyone for all the support.

He is currently jailed in lieu of $6.6 million bail, though defence has requested to lower that amount.

Jeremy is to be arraigned on Monday, and he faces a possible maximum sentence of 250 years to life in prison.

If you or someone you know is in crisis and needs help, resources are available. In case of an emergency, please call 911 for immediate help.

Are you or someone you know experiencing abuse? Visit the Department of Justice’s Victim Services Directory for a list of support services in your area.

Women, trans and non-binary people can find an additional list of resources here.

— With files from Adam Wallis