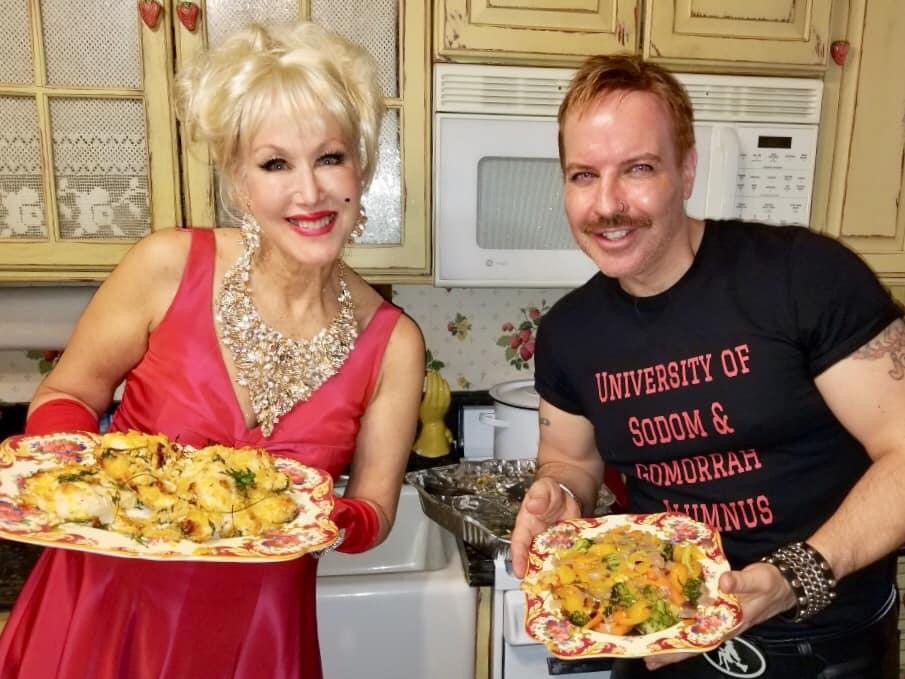 Why let the fact that you don’t cook and a Pandemic stop you from launching a cooking show? Wendy Stuart certainly didn’t….as the creator and star of “Pandemic Cooking with Wendy,” she will be featured in Chef Joe Zaso’s latest cookbook “Café Himbo’s Quarantine Cuisine” with the recipe “Nurse Jed Ryan’s Truffle Potato Chip Encrusted Chicken.” Jed Ryan is a frontline nurse and nightlife performer who believes you can never have too many cooks in the kitchen. 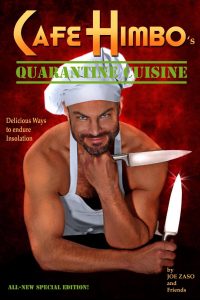 Other celebrities featured in the book include Michael Musto, Hedda Lettuce, and the fabulous Elizabeth Shepherd  from Omen II: Damien to name a few.

Dubbed by her friends “the Kathy Griffin of fashion”, Wendy’s hilarious, occasionally poignant story of how she became – and has remained for 30 years – one of the most successful “fit” models in the country (that size 8 you’re wearing might very well be based on Wendy Stuart Kaplan’s figure), is told with a Griffin-esque sense of humor untarnished by malice. From studying voodoo in Nigeria through years of taking mind-numbing jobs just to pay the rent, to her success in the present day where she can say of the women’s underwear sold at Wal-Mart, modeled on her size eight body, “I cover the asses of the masses.” 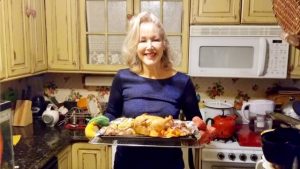 As an actress, print model, and stand up comedienne, Wendy has worked in film, television and theatre and has made appearances on many syndicated and daytime talk shows.  Her fun personality and quick sense of humor made her a standout guest whether she was modeling unusual wedding gowns on Geraldo or selling shoes on Speigel TV.  Her ecclectic career also includes being voted Mrs. NY, going on to compete in the National Mrs. America pageant.