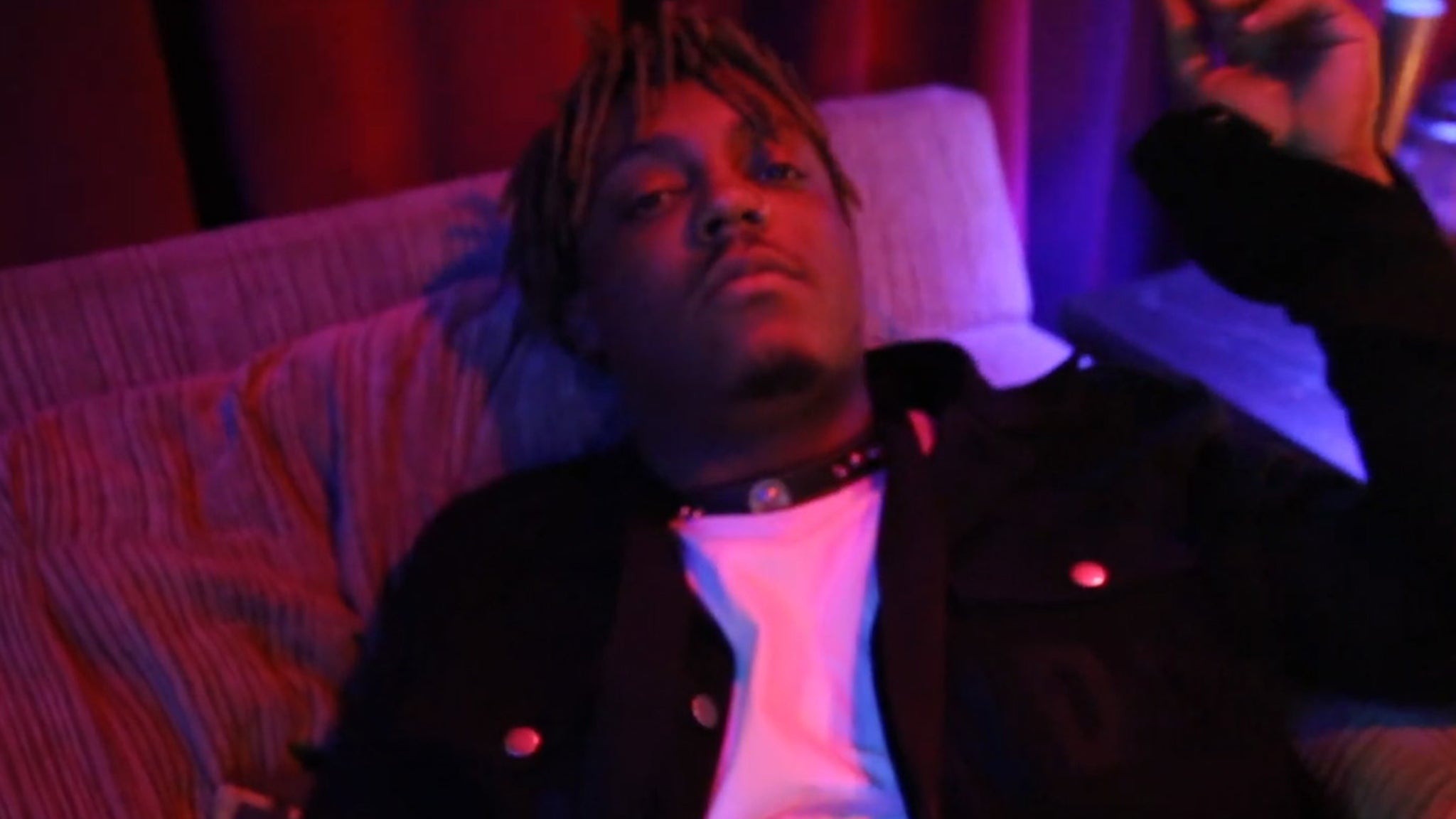 Juice WRLD‘s family has dropped a posthumous track from him, and its lyrics sadly foreshadow his eventual demise.

The late rapper’s family dropped “Righteous” Thursday night and the track goes into extreme detail about his heavy drug use and the state of his mental health. Juice WRLD was never one to hold back his feelings, so it’s no surprise the new song is so brutally honest.

His opening lyrics are proof Juice was more than ready to open up: “I know that the truth is hard to digest (yeah). Five or six pills in my right hand (yeah). Codeine runneth over on my nightstand. Taking medicine to fix all of the damage. My anxiety the size of a planet (oh). Holes in my skull over time. My heart’s over ice (whoa) … we may die this evening. Coughing, wheezing, bleeding.”

Juice also talked about feeling like he was drowning with “my demons 10 feet under me. Inhale, exhale, but I can’t breathe. Too busy drinking codeine, doing high speeds … take a pill for the thrill, have a relapse.”

This isn’t the first time Juice has appeared prophetic. In his 2018 track “Legend,” Juice had lyrics that included, “What’s the 27 club? We ain’t making it past 21.”

TMZ broke the story … Juice WRLD died in early December at Chicago’s Midway Airport. As we first reported … the 21-year-old rapper died from an accidental overdose of oxycodone. Witnesses said they saw him swallow a bunch of pills in an attempt to hide them from the feds. He ended up suffering a fatal seizure.