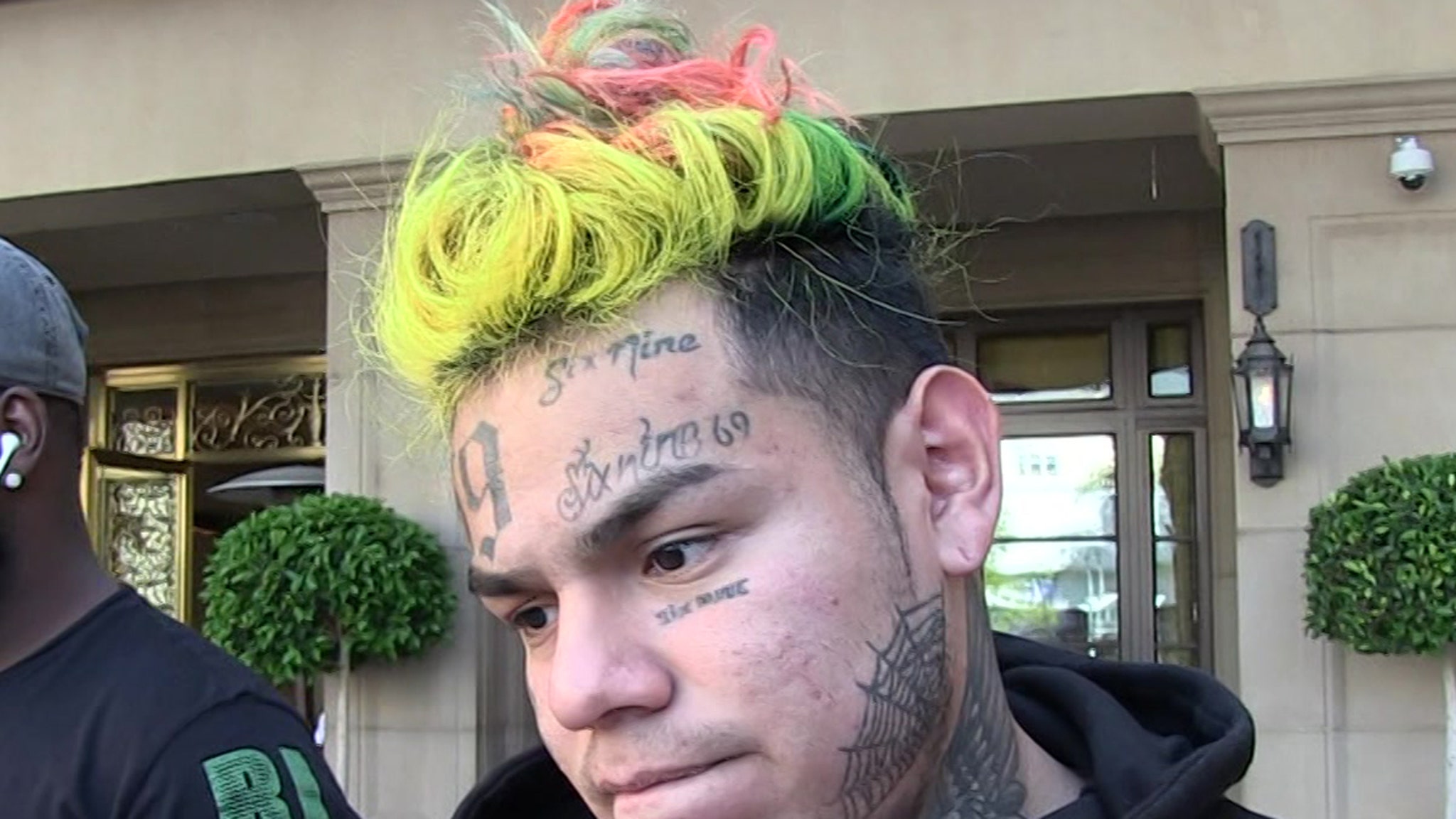 Tekashi 6ix9ine is vowing to be on his best social media behavior now that he’s outta prison … his lawyers say the rapper won’t start beefs or troll other artists, because the feds are watching!!!

Tekashi’s attorney, Lance Lazzaro, tells TMZ … 6ix9ine has no restrictions regarding his use of social media, despite being on federally supervised probation for the next 5 years.

While 69’s probation officer will be monitoring everything Tekashi posts on social media, we’re told 6ix9ine will not post anything inflammatory and will use his discretion and common sense when he uses social media.

As we first reported … Tekashi was sprung from prison early after a judge signed off on a request to get out to avoid infection from the coronavirus. 6ix9ine is now on supervised release in-home incarceration, which isn’t that much different from the way we’re all living.

Tekashi was notorious for being an online troll before he got locked up, but his other attorney, Dawn Florio, tells TMZ … 69 will not be trolling or starting beefs online, and he won’t be promoting gang affiliation on social media either.

He made his return to Instagram Sunday, commenting on a story about snitching by saying, “Coming to the rescue.” A clear jab at himself, but it likely wasn’t received too well by those locked up because of Telashi’s snitching.

Instead, we’re told Tekashi will be using his social media platforms to promote his new music.

Sounds like social is not a top priority for Tekashi, at least for now … we’re told he just wants to spend quality time with his fam after a lengthy prison stint.

Anyone else excited for a Tekashi TikTok?!?