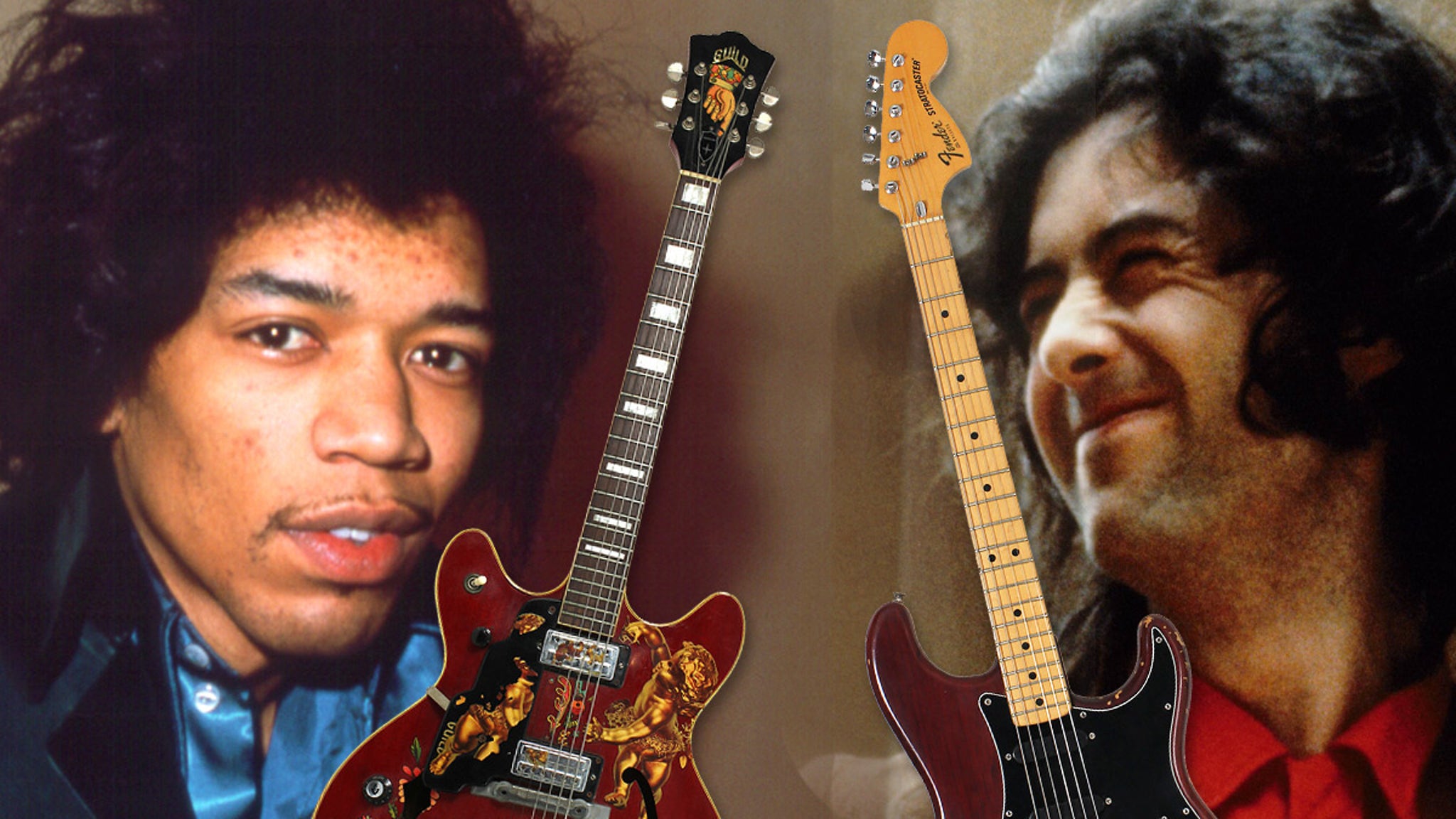 This will definitely make ya wanna kiss the sky — a bunch of guitars played or owned by some of rock’s biggest legends are up for auction.

The folks over at Gotta Have Rock and Roll are auctioning off a slew of famous guitars played and/or owned by the likes of Jimi Hendrix, Led Zeppelin founder Jimmy Page, Duane Allman, Eric Clapton and Keith Richards, among others.

Hendrix’s 1967 electric guild Starfire V cherry guitar, leftie of course, is the priciest … with a starting minimum bid of $250,000. It’s expected to fetch upwards of $400k, and was used by Hendrix in May 1968 when he and Frank Zappa played an impromptu concert … at a bar after a festival rainout

The guitar’s in mint condition and the auctioneers have documentation of authenticity and a pic of Jimi shredding with it.

There’s also Jimmy Page’s burgundy Fender Stratocaster, which is expected to fetch around $150k. He used the guitar for several gigs when he stayed in Nevada in late May/early June 1991. Legend has it … Jimmy strolled into a venue and a guitarist from a band performing there introduced himself. Jimmy ended up jamming with them several times.

Picks and amps not included!