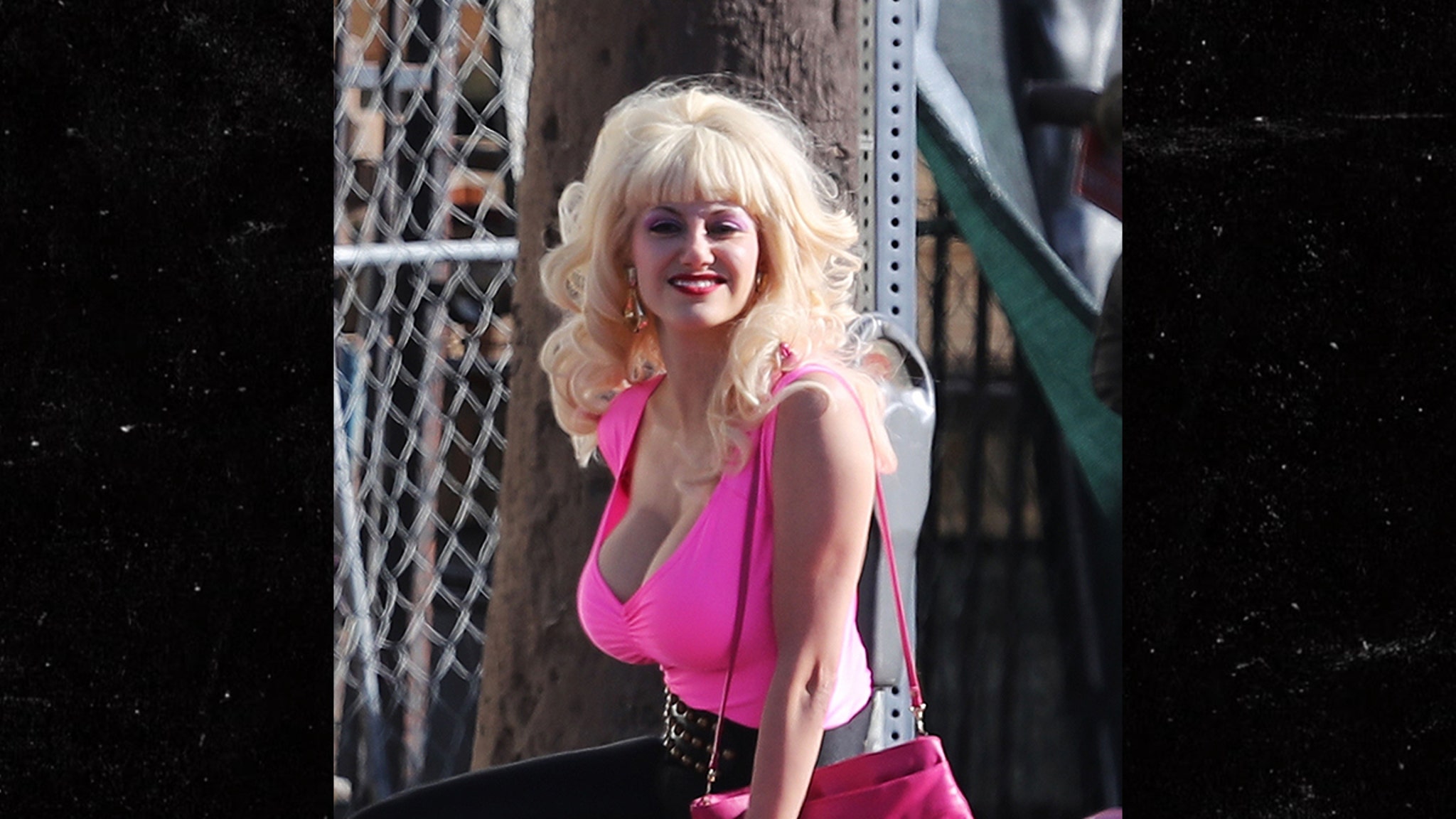 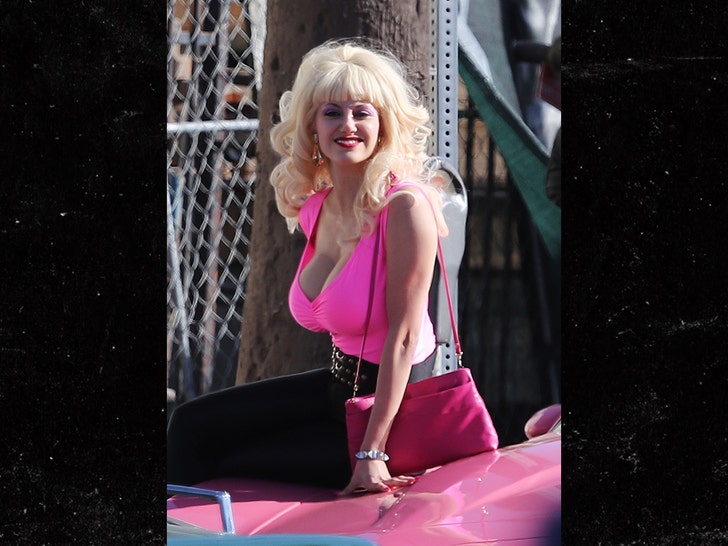 Emmy Rossum is looking more and more like Hollywood icon Angelyne — but it seems like it’s taking a lot of magic in the dressing room and makeup trailer to get there.

The “Shameless” actress was seen Tuesday on set filming for the new Peacock show, “Angelyne,” named after its titular lead. She definitely looks the part, with the help of a couple prosthetics. 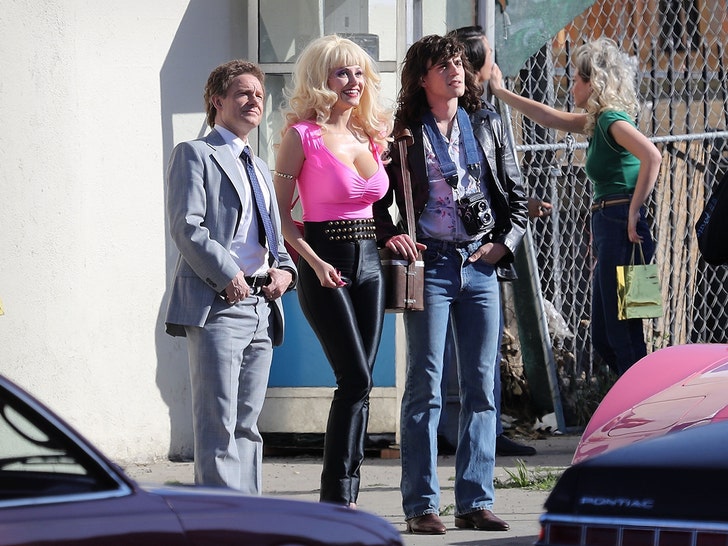 She also had on a ton of makeup (like the real Angelyne would wear) … and, of course, the massive blonde wig to really sell the look. She certainly passes as her — even posing on the signature pink Corvette here for the full effect — but frankly, she’s not a dead ringer.

In case this is the first time you’re hearing the name itself, allow us to school you in Hollywood lore for a minute here. Angelyne is a singer, actress, personality and all-around Hollywood socialite who mysteriously splashed onto the L.A. scene back in the ’80s. 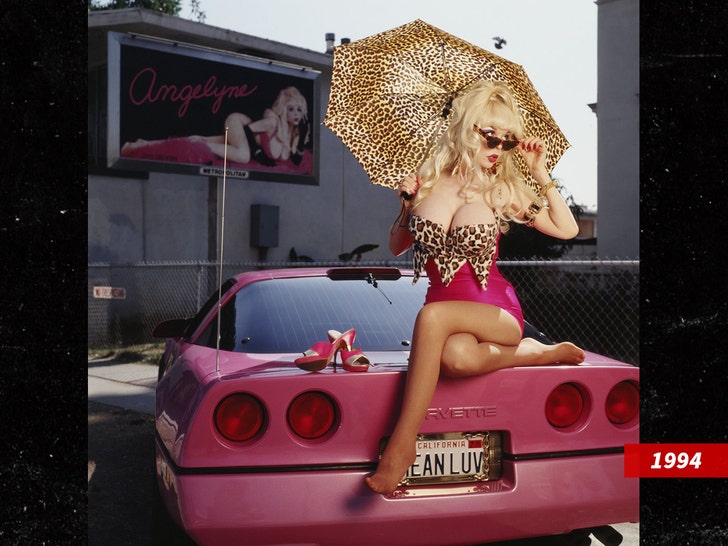 At first, she became famous from a series of massive billboards showing her posing on top of a pink ‘Vette … with only her name featured in giant lettering — ANGELYNE. She later started getting booked for this, that and the other … concealing her true identity for years.

The woman made a career of just being that … big, flashy, seductive and iconic. People say she’s like the OG Kim Kardashian. Looks like her story’s coming to the small screen sooner than later.