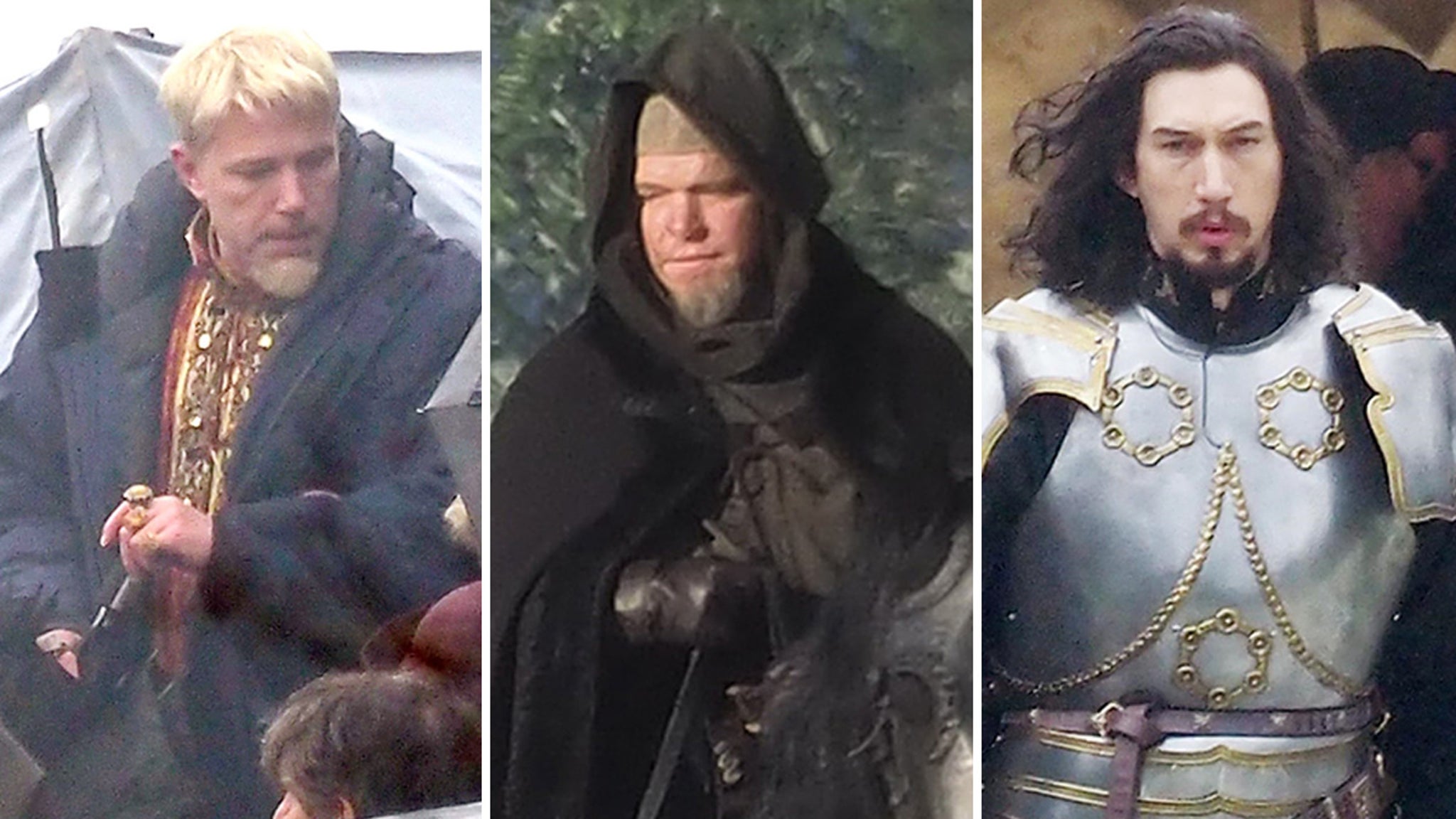 Ben Affleck, Matt Damon and Adam Driver are dialing things way back — to the 1300s, that is — for their next film.

The trio are on the set of Ridley Scott‘s next period drama, “The Last Duel,” in Sarlat, France. The film — set in Medieval times — stars Matt and Adam playing real-life knights and best friends, Jean de Carrouges and Jacques Le Gris. You ‘memba them, right?

The revenge thriller has a pretty insane storyline … after Jean returns from the war, he accuses Jacques of raping his wife. Jean turns to King Charles VI to do something about it and he orders a duel to the death. It’s a double whammy for Jean because if he loses, not only is he a goner but his wife will also be burned to death.

Ben, rocking a blonde ‘do, plays a supporting role in the film, which is expected to come out in late 2020 or early 2021. He was initially set to play the role of Jacques before Adam joined the cast.

This is also the first time Ben and Matt are working together on a film since 2004’s “Jersey Girl.” If that’s less than encouraging … the BFFs co-wrote this script — along with Nicole Holofcener. It’s their first time doing that since their 1998 Oscar winner, “Good Will Hunting.”