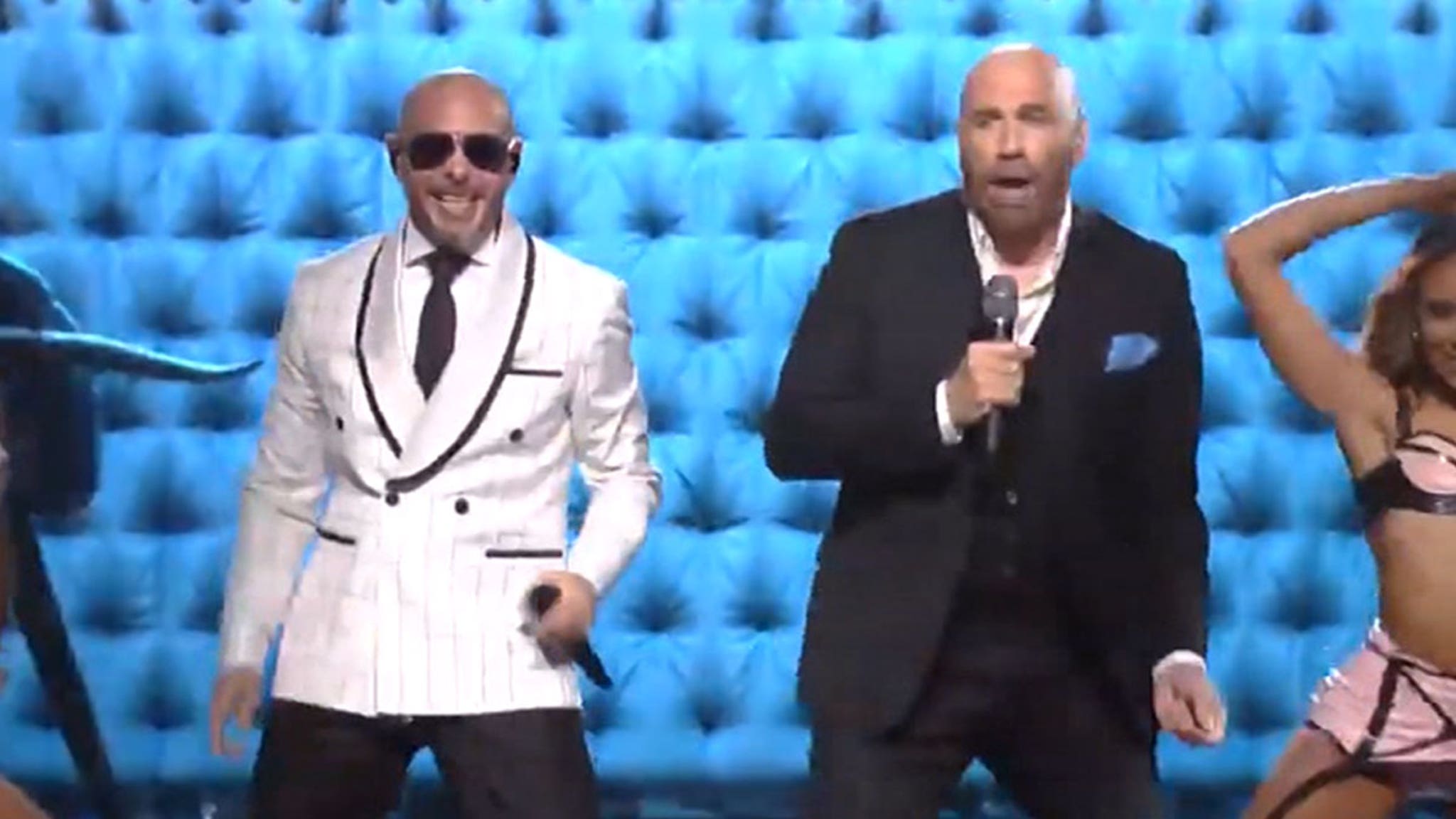 John Travolta sharing a stage with Pitbull at a Latin music awards show definitely sounds like a dream, but pinch yourself, ’cause it really happened … and it was kinda glorious to see.

The rapper emceed Premio Lo Nuestro 2020 Thursday night at AmericanAirlines Arena in Miami but playing host wasn’t all he was up to that night. He also performed a medley of his greatest hits … and among his performances included “3 to Tango.”

Travolta, of course, stars in the “3 to Tango” music video … which only shows the back of John’s head most of the time until the big reveal at the end. So, when Travolta joined Pitbull on stage, the crowd naturally ate it up.

It wasn’t quite “Saturday Night Fever” but Travolta still danced his ass off, and even stuck around and grabbed a mic for Pitbull’s “Get Ready” performance.

Ricky Martin, Thalia, Daddy Yankee, J Balvin and Becky G were also at the show … but ya gotta give the best cameo of the night to Travolta.