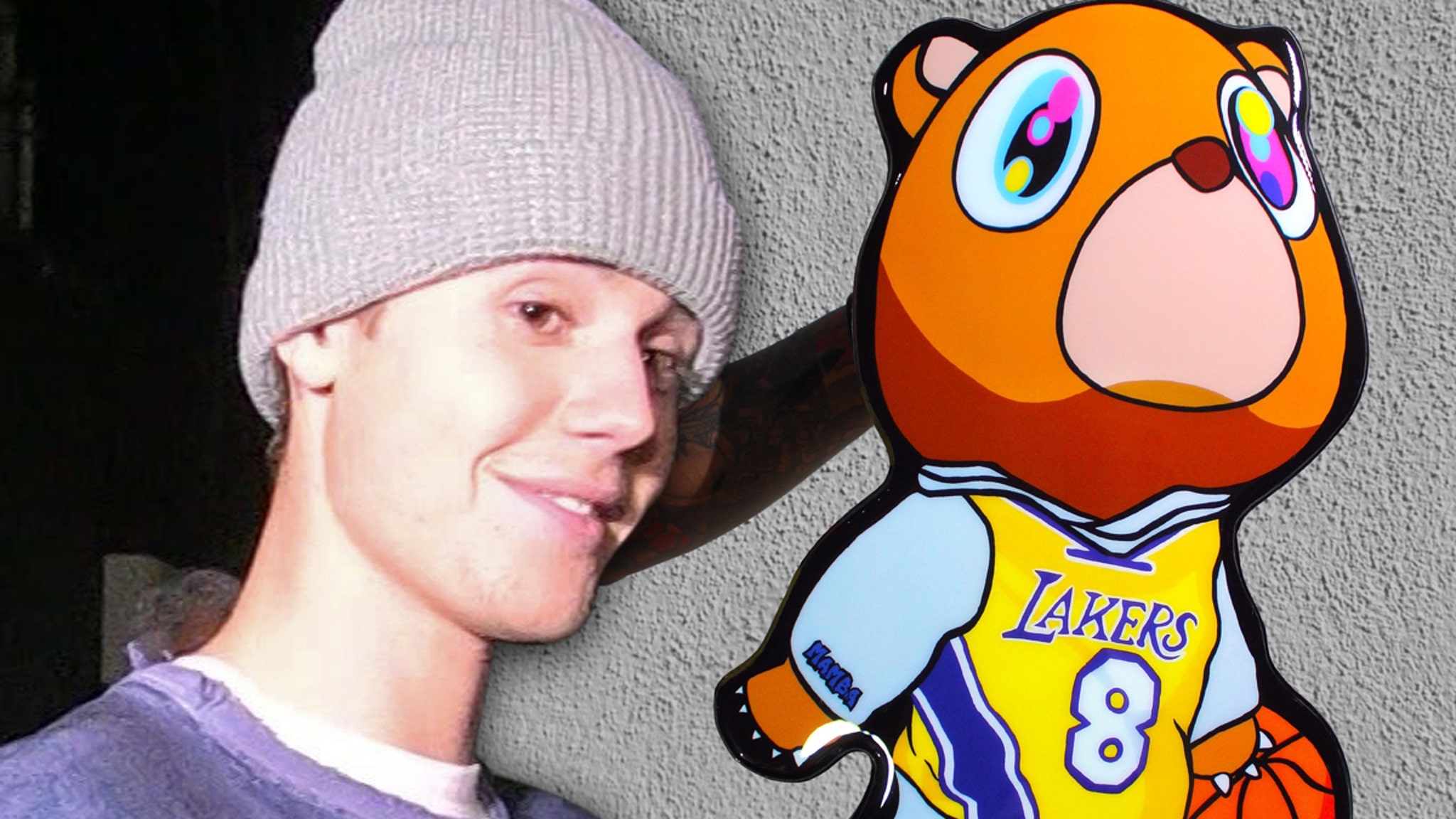 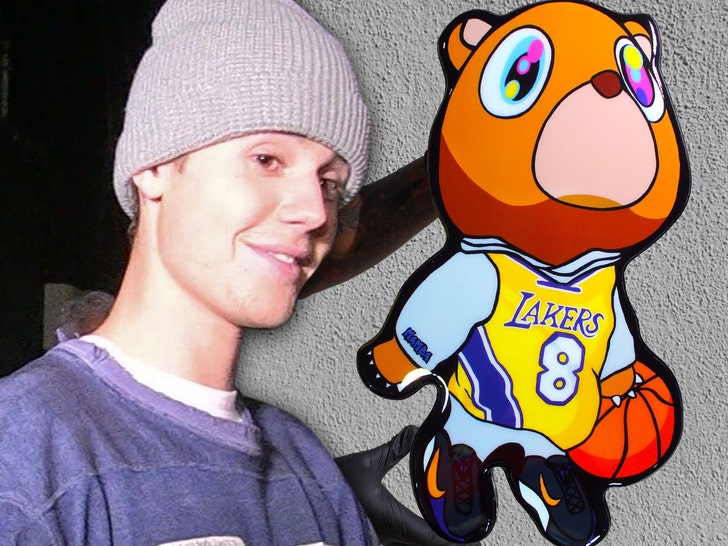 Here’s the deal … Justin bought some fresh Kobe-inspired artwork from Idiot Box Art owners Emily Bright and Tamara Martin, and then the artists started making and selling miniature versions for $200 a pop, with 24 percent of the profits going to the MambaOnThree Fund.

The cartoon Kobe art is pretty cool … it’s a teddy bear wearing a Mamba hoodie under Kobe’s #8 Lakers jersey, palming a basketball and rocking some of Kobe’s signature Nikes.

Justin dropped $1,200 for a bigger piece — one of only 5 ever made — and hung it up in his crib next to some skateboard decks.

Lots of folks apparently share Justin’s eye for Kobe art … because Idiot Box ended up selling 260 mini Mamba bears during a 2-day limited sale, which was enough to make a $12,480 donation to Kobe’s foundation.

MambaOnThree was created to support the families of the 7 other victims, besides Kobe and Gigi, who died in the crash.