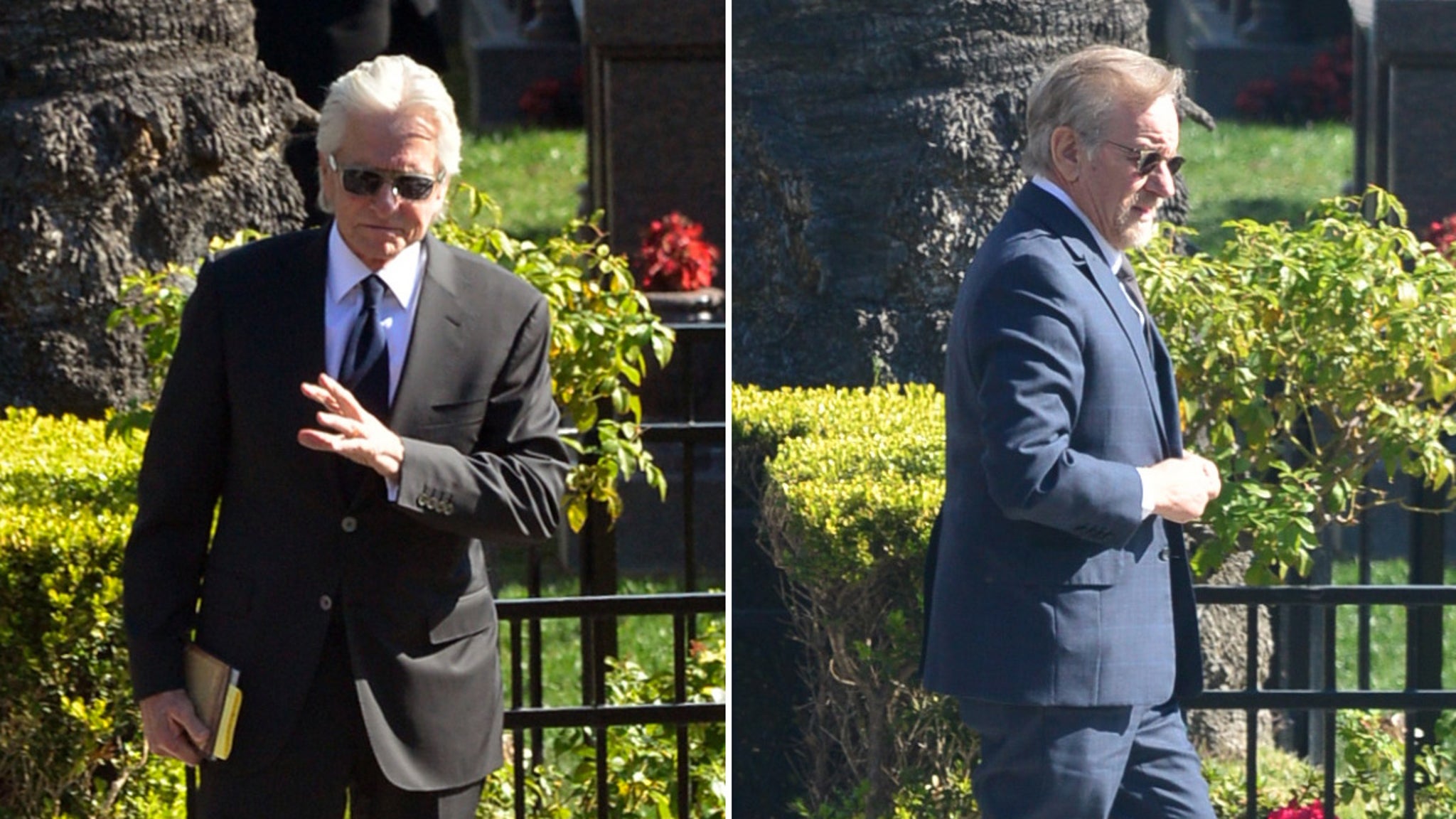 Michael Douglas is among the many celebs who poured in from afar to bid Kirk Douglas goodbye at his funeral.

Michael, his wife, Catherine Zeta-Jones, and Steven Spielberg are among the many who are at the funeral Friday morning at Westwood Memorial in L.A. You can also see Kirk’s wife, Anne Buydens, arriving as well.

As we reported … the legendary actor died Wednesday. Michael announced, “To the world, he was a legend, an actor from the golden age of movies who lived well into his golden years, a humanitarian whose commitment to justice and the causes he believed in set a standard of us all to aspire to.”

Kirk, who earned Oscar nominations as an actor and producer, served as a Goodwill Ambassador for the U.S. State Department and received the Presidential Medal of Freedom in 1981 by President Jimmy Carter.

Kirk’s survived by Anne, his 3 sons and seven grandchildren. He was 103.