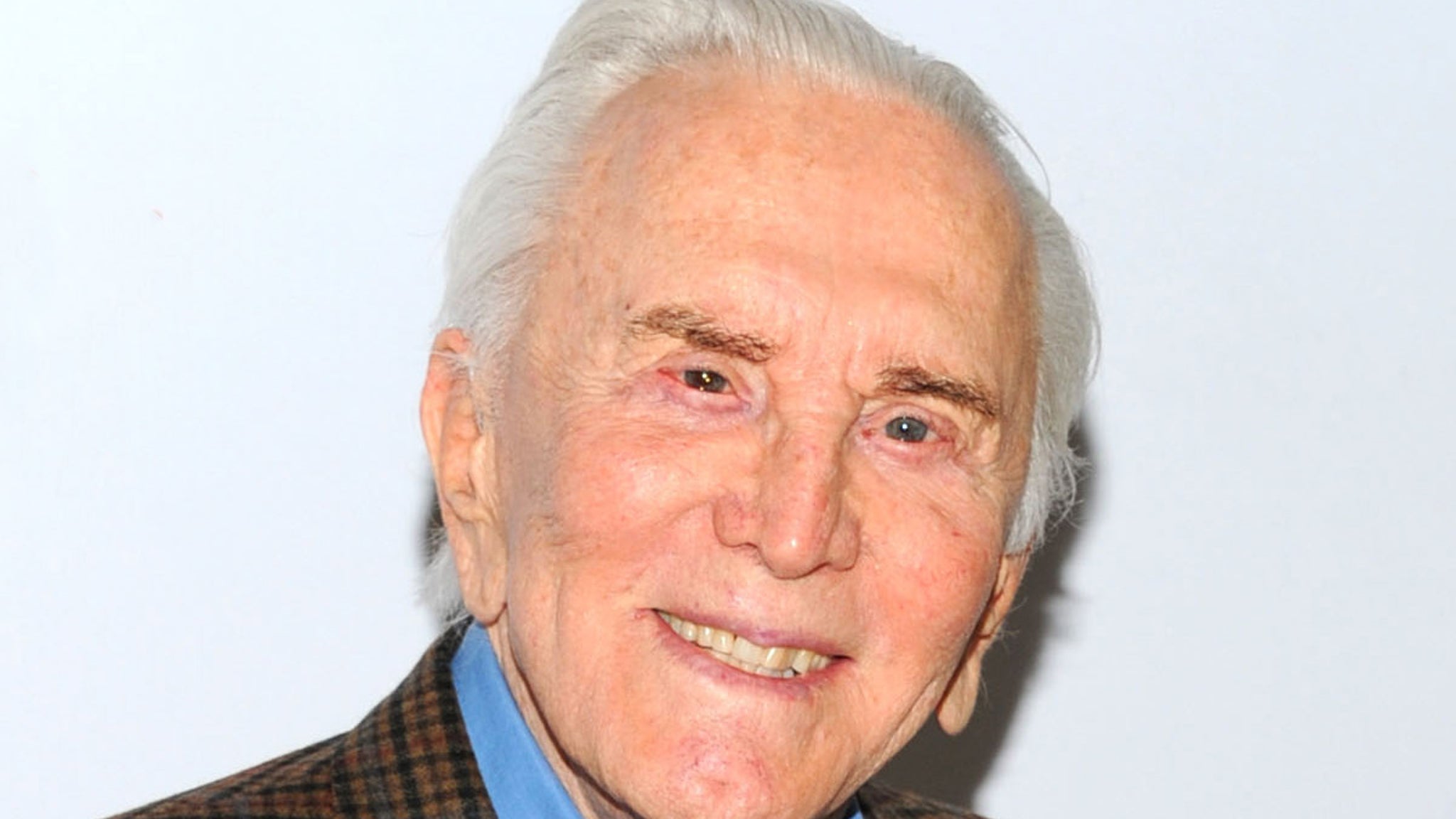 Kirk Douglas — renowned actor and father of Michael Douglas, with a decorated career spanning more than 6 decades — has died.

Kirk passed Wednesday. Kirk’s health had been in decline. In 1996 he suffered a stroke but recovered most of his faculties. Last time we saw him enjoying life was in April 2019 when he was “camping” in his grandson’s backyard.

Michael told People, “It is with tremendous sadness that my brothers and I announce that Kirk Douglas left us today at the age of 103. To the world, he was a legend, an actor from the golden age of movies who lived well into his golden years, a humanitarian whose commitment to justice and the causes he believed in set a standard of us all to aspire to.”

Kirk’s appeared in a few minor Broadway productions in the ’40s but then put his career on hold and enlisted in the U.S. Navy in 1941. After several years of service, Kirk returned to theater, but his best work came on the big screen.

The famed actor and producer earned critical acclaim for his role in the 1960 classic, “Spartacus.” In “Spartacus,” Kirk gave onscreen credit to blacklisted screenwriter Dalton Trumbo. Kirk’s move started the dissolution of the infamous blacklisting policies that had begun nearly a decade prior.

Kirk was nominated for an Oscar for Best Actor in 1949 for his role as boxer Midge Kelly in “Champion.” He also earned 2 Oscar nominations as a producer for “The Bad and the Beautiful” in 1953 and “Lust for Life” in 1957.

He acted alongside John Wayne in 3 films — “In Harm’s Way,” “Cast a Giant Shadow” and “The War Wagon.” He also shared screen time with one Arnold Schwarzenegger … in the 1979 film “The Villain” and with Farrah Fawcett in the sci-fi flick, “Saturn 3.”

Fun fact … Kirk once earned a $50k paycheck for saying the only English word at the end of a 1980s Japanese TV commercial: Coffee.

Kirk survived a helicopter crash in 1991. Two other passengers were killed and Kirk was left with a terrible back injury. He also did tons of humanitarian work … serving as a Goodwill Ambassador for the U.S. State Department.

He received the Presidential Medal of Freedom in 1981 by President Jimmy Carter. France also honored Kirk with the prestigious Chevalier of the Legion of Honour. The Academy Awards also honored him with an honorary Oscar in 1995.

Kirk — once voted the 36th greatest movie star of all time by Entertainment Weekly — was born Issur Danielovitch in Amsterdam, New York to Russian parents who came to the states in 1912. Kirk married Diana Dill in 1943 and they had two sons — Michael and Joel. Kirk and Diana divorced in 1951. He later married Anne Buydens in 1954 after meeting her when she applied for a job as his assistant on the film, “Act of Love.” Kirk and Anne had two more sons … Peter and Eric, who died in 2004.