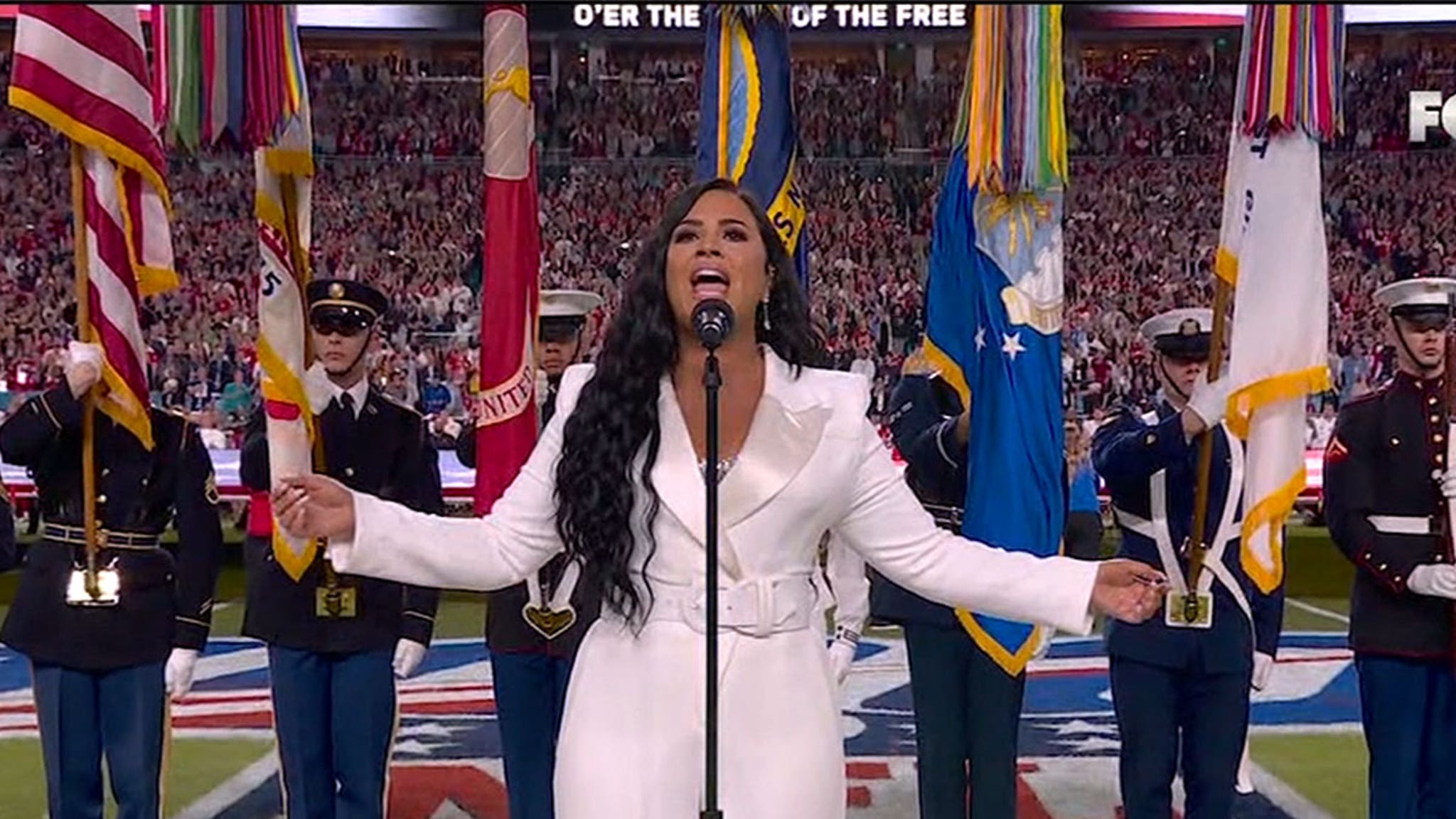 Demi Lovato fulfilled her own 10-year prophecy by belting out the National Anthem at Super Bowl LIV — and she handled it like a pro.

The singer was decked out in all white Sunday at the Hard Rock Stadium in Miami ahead of kickoff and with a line of troops behind her bearing our country’s flags … she let it rip on the mic. Demi did a pretty standard version of “The Star Spangled Banner” … it was great.

What’s funny though is that before her performance, an old tweet of hers surfaced online from 2010, which reads … “One day, I’m gonna sing the national anthem at a super bowl. Onnnee dayyy….” Welp, she can definitely check that off the list now. 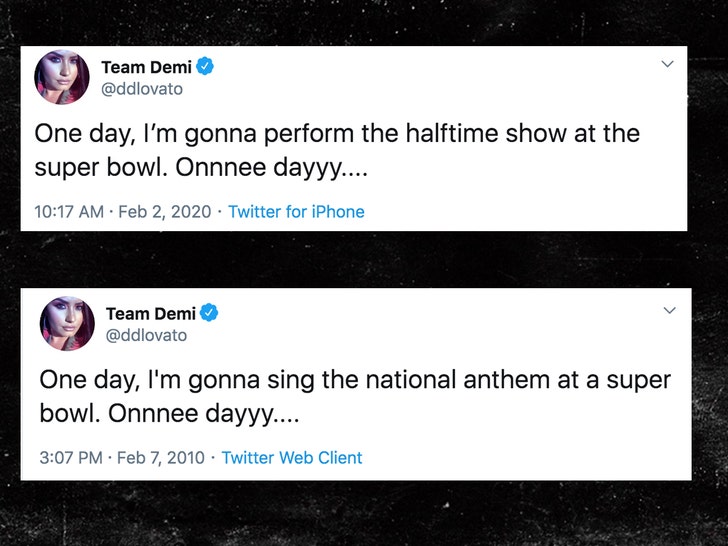 She’s got her sights on a bigger Super Bowl gig down the road. Demi followed up with another tweet in the same vein as her old thought, saying … “One day, I’m gonna perform the halftime show at the super bowl. Onnnee dayyy….” That’s a 10-year challenge!

BTW, we gotta give props to DL for her take on the National Anthem … very Whitney Houston-esq and just a powerhouse performance.